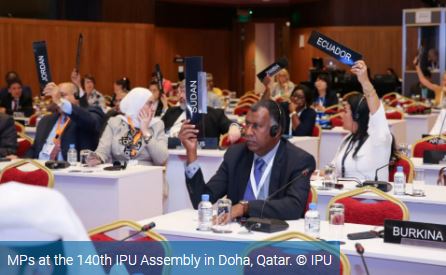 The IPU provides assistance to a wide number of member parliaments in many different ways.

The IPU met most recently in Belgrade, Serbia for its 141st Assembly. 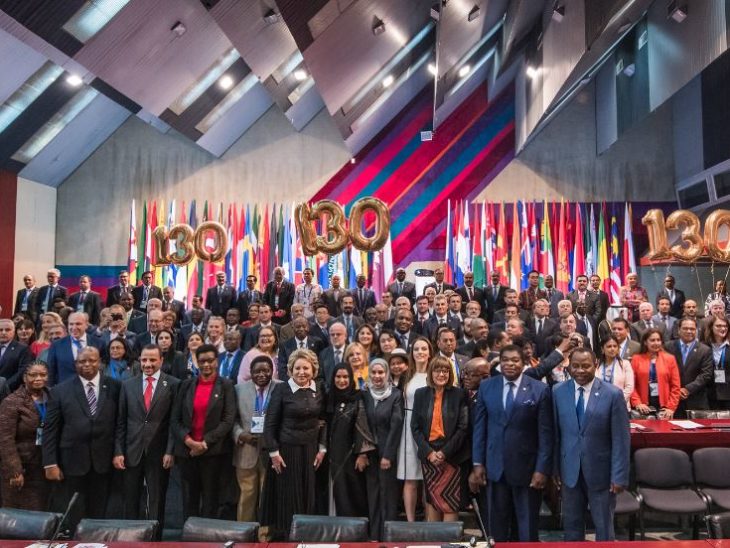 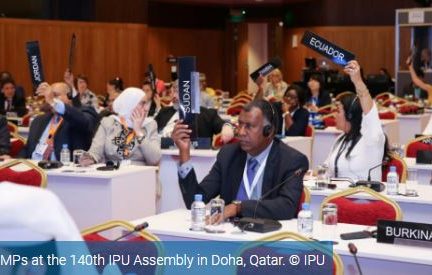 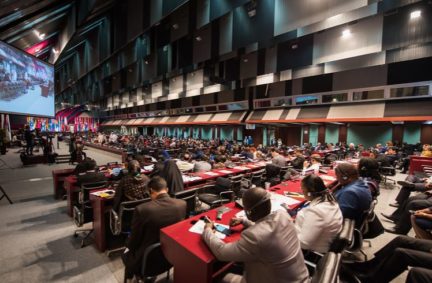 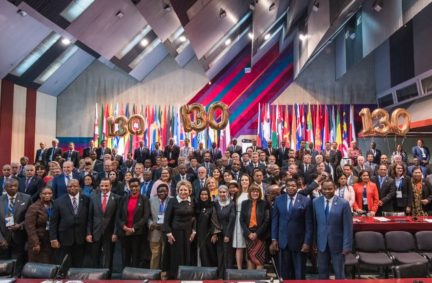 In a recent survey of IPU Member Parliaments by the IPU Secretariat, 31 per cent of respondents confirmed that new legislation had been put in place as a direct result of IPU assemblies, programmes, initiatives and resolutions. Of the sample, 75 per cent also said that they had taken concrete actions following IPU meetings.

All 179 IPU Members are required to regularly submit a report on their follow up to IPU activities, such as Assembly resolutions or IPU’s programmatic work on gender equality and implementation of the Sustainable Development Goals (SDGs). For the last cycle, 45 parliaments were asked to submit reports, of which 31 responded—a 69 per cent response rate, and an improvement from 67 per cent in 2018. One Observer (the Maghreb Consultative Council) and 17 Members also sent voluntary responses.

The reports were submitted at the 141st Assembly in October 2019 in Belgrade. Below are some examples of good practice reported by Member Parliaments.

As a result of the outcome document of the 139th IPU Assembly, Parliamentary leadership in promoting peace and development in the age of innovation and technological change, relevant committees in the Czech Parliament are considering the draft Act on the Right to Digital Services, also known as the Digital Constitution. If adopted by Parliament, the Act will guarantee that citizens can communicate electronically with State authorities.

Following on from the 139th IPU Assembly’s resolution on Strengthening inter-parliamentary cooperation on migration and migration governance, the Parliament adopted Act No. 40/AN/19/8th on the conditions of entry and residence of foreigners in the Republic of Djibouti (21/01/2019). The Act includes a section on refugees, unaccompanied minors, victims of trafficking and stateless people.

The Parliament of Fiji built on the findings of the 2016 self-assessment to evaluate its gender sensitivity by establishing a Gender Focus Parliamentary Group and developing a national gender toolkit.

As a result of the report on the 139th IPU Assembly being presented to the governing body of the Congress of the Republic, bills relating to the SDGs have been prioritized.

The Parliament of Guinea adopted unanimously a law on parity in May 2019. Article 2 of the law stipulates that: “Parity applies to any list of candidates for national and local elections, as well as for the holding of elective offices in public institutions.”

The IPU-PACE regional study, Sexism, harassment and violence against women in parliaments in Europe, contributed to the Icelandic Parliament’s decision to organize a seminar on the #MeToo movement in March 2019.

In 2018, the SDGs Task Force of the Indonesian Parliament adopted a recommendation underlining the need to fully harness technology for development and peace through education that emphasizes sustainability and innovation.

Influenced by the IPU’s comparative data on women in politics, a parliamentary group to promote women’s participation and empowerment in politics was created in 2015. The group played a central role in introducing the Act for the Promotion of Gender Parity in Politics that was enacted in 2018. The Act obliges each political party to try to balance the number of its male and female candidates. An additional resolution to this law urges the government to take measures such as collecting and providing data on women’s political participation.

A national seminar on advancing gender equality in Kenya, organized by the National Assembly and the IPU, identified gaps in Kenyan law. Legislative proposals to address these gaps include the Employment Act (Amendment) Bill that would entitle adoptive mothers and mothers who suffer miscarriages to paid maternity leave, and the Reproductive Health Care Bill that would set standards of reproductive health and ensure the right to make decisions regarding reproductive health.

As a result of the resolution on Strengthening inter-parliamentary cooperation on migration and migration governance adopted at the 139th IPU Assembly, the Latvian Parliament amended the Immigration Act in 2019, easing the minimum requirements for migrants founding start-ups which would help them qualify for a residence permit extension. In November 2018, Parliament adopted the Diaspora Act that improves the policy of State support to the Latvian diaspora by promoting remigration and ties to Latvian culture, language, economics and science.

Morocco has been undertaking a series of legal reforms to protect the environment and minimize greenhouse gas emissions, including making sustainable development a constitutional right. Morocco has also been trialling alternative and clean energies, as well as encouraging the green economy and energy efficiency strategies.

In May 2019, the Senate adopted a Climate Act for the Netherlands that commits the country to a 49 per cent reduction in greenhouse gas emissions by 2030 and 95 per cent by 2050.

Seychelles
Building on the recommendations of the resolution on Climate change – Let us not cross the line adopted at the 139th session of the IPU Assembly, the Seychelles Parliament has undertaken several environmental sustainability projects such as water harvesting, banning plastic bottles, using photovoltaic systems and waste composting.

In October 2018, the plenary session of the National Parliament of Timor-Leste approved a resolution to reaffirm the principles and values enshrined in the Universal Declaration on Democracy.

A landmark audit of the UK Parliament’s gender-sensitivity was published in December 2018.

After a self-assessment exercise facilitated by the IPU, the Parliament of Zambia created its own digital tools for self-assessment. It has also changed the standing orders to allow parliament to table, and discuss in plenary, parliamentary reports after each IPU Assembly.

The Parliament’s Portfolio Committee on Agriculture, Lands, Water, Climate and Rural Resettlement analysed the Kigali Amendment to the Montreal Protocol on Substances that Deplete the Ozone Layer and sent it to Parliament for approval. The Committee has also been promoting the adoption of a Climate Change Bill.

Find out more about the 2019 reporting exercise. 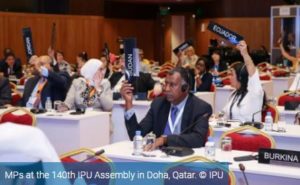 The IPU provides assistance to a wide number of member parliaments in many different ways. 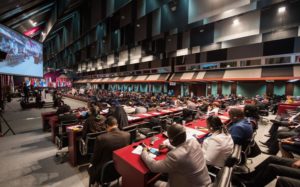 The IPU met most recently in Belgrade, Serbia for its 141st Assembly. 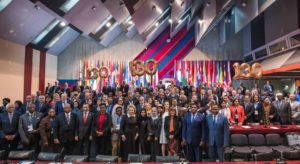