Parliamentary Hearing at the United Nations 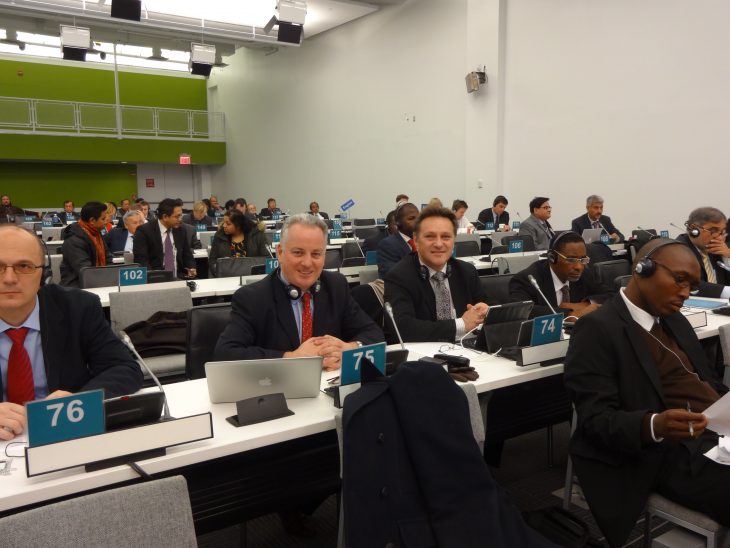 The BGIPU sent two delegates to the Annual UN Parliamentary Assembly on Peacebuilding at UN Headquarters in New York from 6 to 7 December 2012. By focusing on the role that Parliamentarians and Parliaments can play in conflict resolution and post-conflict reconstruction, the Conference dealt with an element of peacebuilding that receives too little attention in the normal course of events.

Debates between governments, international institutions and NGOs too often concentrate solely on their relationships and technical effectiveness, when the role of Parliament to hold donors and others to account, to reflect different voices in the land, and to support reconciliation and priority setting for budgets is a crucial one.

Presentations from IPU leaders and a most interesting introduction from the UN Deputy Secretary-General were followed by panel discussions on the respective roles of UN agencies: UN Women, UN Development Programme, UN Peacebuilding Commission, and UN Department of Political Affairs. And then case studies on the role the Kenyan Parliament played following the electoral violence of 2007 and the development and stabilisation of Sierra Leone.

Three clear themes emerged from the overview and the case studies.

First, the international community can make a difference in these environments, but it is most effective when well co-ordinated, supporting a locally owned strategy, and when acting with speed.

Second, national Parliaments have the potential to balance the sometimes over-zealous efforts of post-conflict Governments in drafting new constitutions, and establishing the rule of law, and they can act as an important form for the resolution of differences.

And third, the representation and engagement of women made conflict resolution, together with conflict prevention, more likely – but this is not happening often enough.

In Sierra Leone there had clearly been significant progress since the conflict ended, but the development of Parliamentary roles still had some way to go. While in Kenya, the Speaker of the Parliament and his colleagues had been very involved in attempts to develop a more plural and less violent politics in advance of the 2013 elections.

Day Two was an interesting mixture of how we learn from experience with case studies from Cote d’Ivoire (Timor-Leste was also mentioned but they didn’t present), a break-out session, as well as a final summary of findings.

In Cote d’lvoire the issue of conflict had dogged the country for years, highlighting the ongoing discontent of northern Muslims who felt they were being discriminated against in Ivorian politics. Thousands were killed in the conflict. The role of the UN along with the French was to patrol the buffer zone where the rebels, known as the New Forces, were based and the Government controlled South. They also advised and mediated when elections were due in 2005. The French brokered a deal in 2003 between the two groups but that failed. There were significant issues with draft constitution which excluded 40% of the population from ever becoming President.

Elections were scheduled for October 2005, but the UN declared this impossible under the continued fighting. To avert a constitutional crisis, the UN Security Council recommended the president remain in office for another year, but that he turn over most of his power to a new transitional prime minister. After repeated delays, elections aimed at ending the conflict were finally held in October 2010. But the vote ushered in more unrest when the incumbent, Laurent Gbagbo, refused to concede victory to the internationally recognised winner, Alassane Ouattara. We heard how the Parliamentary process is beginning to bring stability to the area although it is still very fragile. They are starting to achieve this process by improvements to the health and education services in the north. Women represent around 11% of Parliament which is recognised as not enough and only last month (Nov.) there was an issue with the Coalition where they refused to give women equal rights to men in homes. Corruption particularly in the North has been an issue where the Rebels did not consistently collect taxes.

The case of Timor-Leste highlighted how agreements made within the UN without taking into consideration the views of the people of the country can go horribly wrong. In this case the Portuguese and Indonesian governments signed an agreement with the UN to support a UN-facilitated referendum, a “popular consultation,” which would allow the people of East Timor to decide whether to accept the status of autonomy within Indonesia and, thus, solve the territorial dispute between Portugal and Indonesia. A month later, the Security Council passed a resolution establishing an observer mission (UNAMET) to oversee the referendum. The outcome of the referendum saw almost 80% of voters reject integration into Indonesia – widespread violence ensued. It was only at a much later date and after a peacekeeping force from the UN was instated that stability started to resume – albeit with sporadic violent outbreaks which displaced many tens of thousands of people.

Our break-out session looked at the question, ‘How can Parliaments hold International organisations accountable for the results of their intervention?’

We had the Members from Pakistan, Tanzania and the UK in our group. A brisk and frank discussion took place around the British model of Select Committees and Committees in general, with all agreeing that in mature democracies this was probably an effective way to hold organisations to account. The challenge came from those Parliaments who struggle to even hold their own Executives to account because of their Parliamentary structures but it was widely agreed that even in those situations close scrutiny by a committee structure is the best way to achieve accountability. The case we heard about earlier where Timor-Leste introduced the use of auditing public bodies to promote transparency and reform of the civil service highlighted how this system can contribute to stability within a country, which is the same principle of holding bodies to account.

It was decided at the start of the day by the organisers that the Hearing would not vote on specific resolutions at the end of the day, but instead use the time more effectively to break-out and discuss each area of the summary of the Hearing. The sessions can be best summed up with the following bullet points which were themes throughout the Hearing;

• Marginalised groups are often at the heart of conflict. The adoption of laws and regulations by Parliaments, as well as putting the right electoral system in place, allows a greater voice for these groups;
• Empowering women within the political process greatly reduces risk of conflict and increases the likelihood of peace;
• Parliaments must oversee peace processes and agreements which also gains trust in peace processes;
• Corruption must be tackled otherwise it undermines the state’s authority and ability to collect taxes;
• Due diligence of the Executive is key along with strong Parliaments filling their roles. 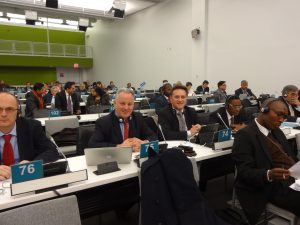