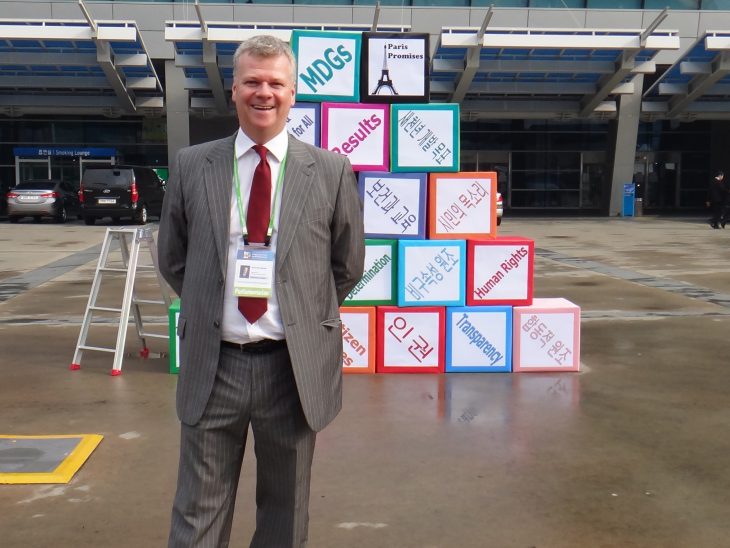 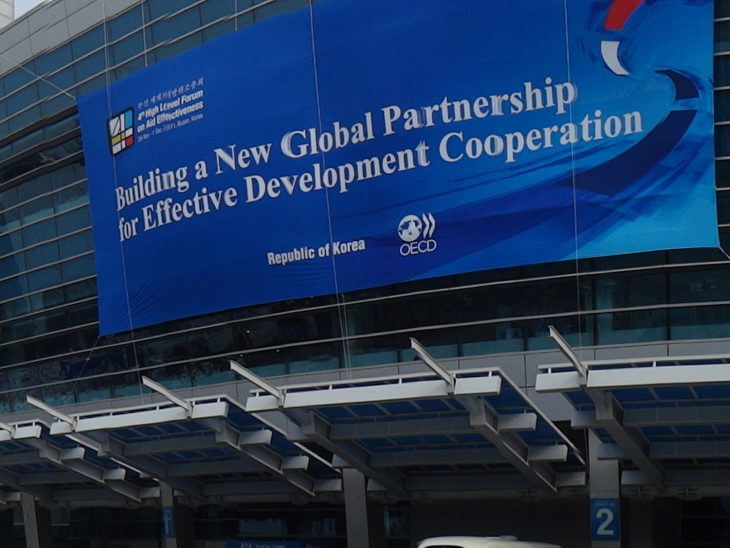 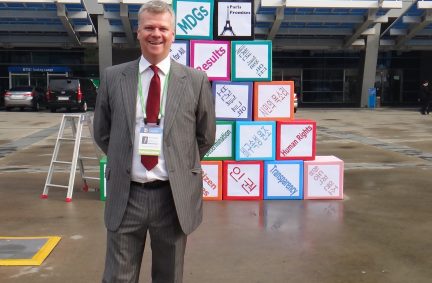 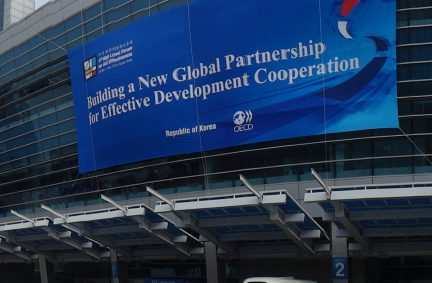 The most important words uttered at the Fourth High Level Forum on Aid Effectiveness came from Lee Myung-bak, the President of the Republic of Korea;

Fifty years ago when as a child and Korea was a war ravaged country, it needed aid. Today it’s the 13th largest economy in the world, the second fastest growing economy in the OECD and an aid donor.

That single statement confirms that despite the complexity of aid, despite the myriad cultures, despite the challenges that are presented from clean water to conflict to corruption, aid works.

And for any remaining Doubting Thomas’s ‘out there consider this: Korean investment in the UK and exports are worth £8 billion per year and are set to increase by £500 million year on year as a result of the South Korean/EU Free Trade Agreement.

Korea is a living, breathing, bustling, swelling mass of humanity, which provides the self-evident truth that not only is aid the right thing to do but that when it works it pays off economically for donor countries.

If you believe in that explanation as a foundation, and I do, the next logical question is how do you deliver aid effectively? And that was the challenge set for politicians, civil society organisations, private sector, NGOs and multi-laterals who gathered in Busan from 29 November to 1 December 2011.

I participated in the event through the Inter-Parliamentary Union, and I was keen to explore the role that Parliaments and Parliamentarians can play in development and aid effectiveness.

And to be honest, the foundation that I’ve just mentioned took a bit of a jolt at the first IPU get-together.
British democracy has matured over centuries and we have sophisticated mechanisms to ensure that scrutiny is at the heart of decision-making processes whilst at the same time giving the democratically-elected Government the right to govern and make decisions.

Conversely, developing countries in Africa range from fledgling democracies to fragile, war-torn states that you wouldn’t trust with a thin dime. That’s not meant as a cheap, throwaway statement; it’s fact.

That’s why I was concerned when a Rwandan politician said this: “Give us the development money direct and allow us to decide how to spend it through our structures.”

It was the same request I heard when the International Development Select Committee met ‘politicians’ in the conflict-ridden Democratic Republic of Congo in June. As the public outside starved, our hosts wore Rolex watches and Armani suits!

The suggestion that our democracy, with its time-served rules, procedures and oversight mechanisms would concede to a request to hand over large amounts of tax-payers’ cash to emerging democracies which, many may argue, still have not done enough to be properly titled democracies, was extraordinary to the point of being farcical.

It made me wonder, for a short time, if the gathering was worthwhile.

What perplexed me most was the synthetic rage with which the point was delivered which ignored the fact that the funds belonged to the British taxpayer.

Yes discussion, yes partnership, but to suggest or even to think that the British Government would consider a dialogue about blank cheques was nowhere near worth a serious debate.

And it would have been easy to be disheartened if that had been the sole debate in Busan, but thankfully it was not.

There were many, and it is clear that from the MDGs to Rome to Paris to Accra to Busan, aid is working.
Millions more have access to water; more children are going to school; a war has been waged on Aids, Tuberculosis and Malaria; the rate of decline in child mortality has accelerated.

But we are still a long way from the MDGs and work must continue to deal with the many aid issues. We must also not run away from fragile and conflicted states and the balance between the interests of developing countries and our own.

And one of those issues is discrimination against women and girls.

That discussion provided an appropriate moment for Hillary Rodham Clinton to arrive on the scene.

We had already heard from Ban Ki-moon, Queen Rania of Jordan and the Korean President before Hillary took centre stage.

Andwhat a tour de force she is.

She asked the gathered audience to recognise the accomplishments of the international community but at the same time not to underestimate the challenges.

She mused that only one of the 13 measures of progress agreed in the Paris Declaration had been achieved.
She spoke honestly stating that donors were driven by their countries’ politics, including her own USA, pointing out that her own country’s policy of ‘tied aid’ was used because it was thought to be the only way to get political support for the US Aid budget.

But she also highlighted the progress that had been made in reducing tied aid to the extent that 68% of the US Aid budget is now untied.

She stated the that United Nations procedures are cumbersome and bureaucratic and she stressed the need to operate on one standard when providing aid, assuring that strong institutions and the rule of law are fostered in recipient countries and that the fight against corruption is strong.

And this tough operator didn’t hold back from tackling China as well when she said to developing nations: “Be smart shoppers. Be wary of donors who are more interested in extracting your resources than building your capacity.”

I paused for a moment inside my head and thought, there will be a bit of paper agreed at the end of the conference but contrasting HRC’s words with the Rwandan delegate’s views – if we were simply to become a bit more honest about our intentions – donors and recipients –  we’d achieve a hell of a lot more.

But getting back to HRC, this consummate performer – who must still hold a candle for that Oval office – received the biggest applause for her peroration on women and girls.

She said: “If we didn’t know before, certainly a growing body of research should convince us that nations which invest in women’s employment, health, and education tend to have more economic growth. Their farmers are more productive, children healthier and better educated.

“So for our part, the United States is putting women at the center of our development efforts”.

I couldn’t agree with her more.

It took me back to the Select Committee’s visit to India in March.

I met a lady who had purchased one buffalo through a micro-finance scheme. Such was her business acumen; she had paid back the loan and bought another buffalo. Then with humour, which could have come from the streets of Glasgow rather than the streets of Bhopal, she turned to a toothless, work-shy male beside her (who turned out to be her husband) and said: ‘now he thinks it’s his business’. 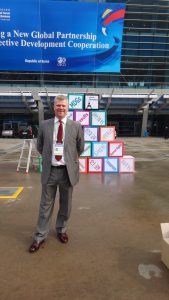