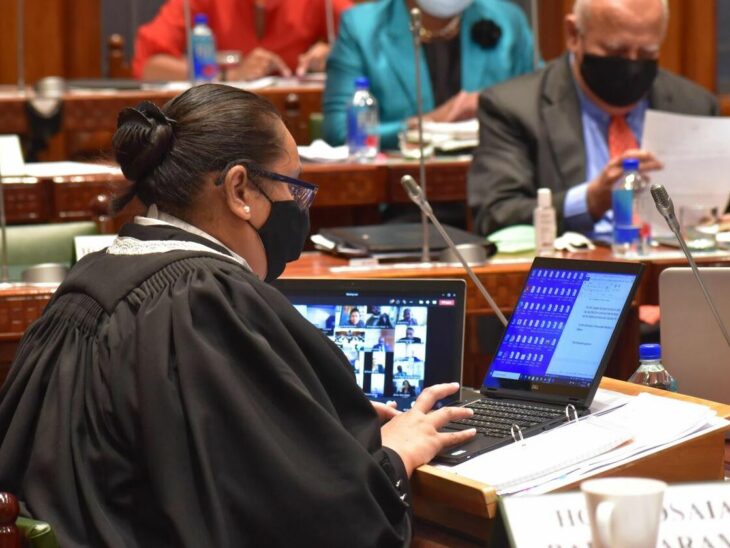 The IPU’s newly released World e-Parliament Report 2022 shows that the COVID-19 pandemic has accelerated digital transformation in parliaments and made them more flexible, innovative and resilient.

This seventh edition of the report is based on a survey of 123 parliamentary chambers as well as findings from focus groups involving 37 parliaments. The report was also made possible thanks to inter-parliamentary collaboration and knowledge-sharing facilitated by the IPU in multiple webinars held over the past two years.

The report spotlights several success stories, identifies gaps in progress and confirms that the COVID-19 pandemic – despite the toll it inflicted upon the world – has been the driving force behind a wave of innovation in parliaments.

The new data shows that the typical parliament of 2022 looks and works differently to the parliament of 2019. Many parliaments – including in places as diverse as Cambodia, Chile, Kenya and the Philippines– report that the pandemic was a catalyst for rapid and accelerated digital transformation. The changes have affected all parliaments, both large and small, with Bhutan, Mauritius and Seychelles responding as rapidly and dynamically as Brazil, the European Parliament and South Africa.

The report found that many parliaments were unprepared for the severity and duration of the disruption caused by COVID-19. Parliaments were unable to physically meet during lockdowns. Some suspended sittings altogether whilst others reduced the numbers allowed to attend and introduced physical distancing measures.

However, many others found alternative ways of working, using new information and communication technology. Some parliaments created special virtual committees (New Zealand, for example) to allow parliament to continue to function, while others used digital tools to create fully remote or hybrid chambers (Bhutan, Brazil, Mauritius and the United Kingdom).

Digital tools became critical for parliaments to continue to function. They allowed parliaments to work more flexibly and helped them to coordinate their responses to the pandemic.

Although parliaments have mostly returned to physical meetings, remote working has now been more widely accepted as beneficial, including for parliamentarians with young families, as well as for helping to lower carbon emissions through reduced travel and commuting.

Digital technologies are changing how parliaments work around the world, not only by providing new tools but also through fundamental shifts in processes and resource allocation.

As parliaments return to more familiar, less crisis-driven ways of operating, many remain changed by their experiences during the pandemic.

On a more negative note, however, the pandemic has also exposed the challenges faced by parliaments that lack the resources to deploy new methods of working, or to invest in complex digital platforms and services.

Find out more about what an e-parliament looks like by participating in the IPU webinar Will hybrid working become the “new normal” for parliaments? on 25 January 2023 at 14:30 CET. 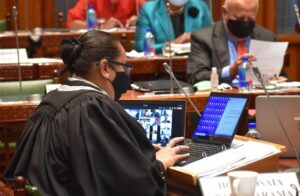