Parliaments are getting (slightly) younger according to latest IPU data 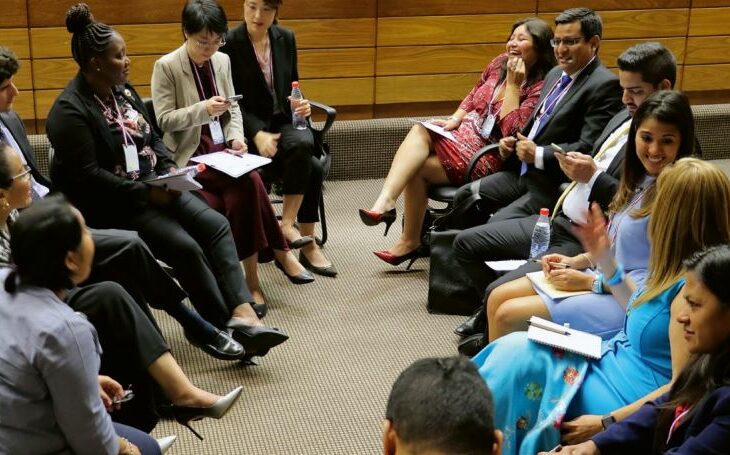 The global proportion of MPs aged under 30 has edged up to 2.6 per cent, according to the latest IPU report on Youth Participation in National Parliaments. This represents an increase of 0.4 percentage points compared with two years ago.

In a new release from the IPU, the global proportion of MPs aged under 30 has edged up to 2.6 per cent, according to the latest IPU report on Youth Participation in National Parliaments. This represents an increase of 0.4 percentage points compared with two years ago. However, with 50 per cent of the world’s population under 30, the report highlights a sizeable deficit in the political representation of young people worldwide.

Just over ten years ago, the IPU’s Member Parliaments adopted the 2010 resolution on youth participation in the democratic process. The resolution led to the creation of the Forum of Young Parliamentarians, the premier global body for the world’s youngest MPs. It also led the IPU to collect data and information on youth participation in parliaments. This latest report is the fourth in the series and is based on data from 2020.

IPU President Duarte Pacheco said: “To deliver for the people, democracy must represent all the people. We need more young women and men parliamentarians to make parliaments more effective, innovative and inclusive. Increasing the number of young MPs is a priority of the IPU and is at the forefront of my three-year mandate.”

President of the Board of the IPU Forum of Young Parliamentarians, Melvin Bouva, said: “Although youth all over the world need to play a more fundamental role in the development of our nations, progress in their participation in parliament needs to be improved. It is essential to raise awareness among especially youth and politicians. This IPU report provides a wealth of strategies to lead to the much-needed change. I firmly hope that this report also contributes to the next steps we need to take for more inclusive and stronger parliaments for the development of our people and nations. We urge all parliamentarians, political leaders, and in particular young leaders all over, to step up political will and take transformative actions to get more young people into office.”

Around 25 per cent of the world’s single and lower chambers of parliament have no MPs under age 30. However, this an improvement compared to 30 per cent in 2018. 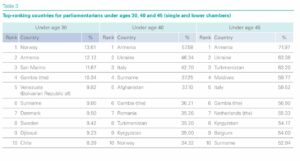 While male MPs outnumber their female counterparts in every age group, data shows the proportion of women is higher in younger age groups.

The data shows that lower eligibility ages to run for office lead to a younger average age within the parliamentary chambers.

In 69 per cent of countries, the voting age is lower than the minimum legal age to hold parliamentary office. For lower chambers and unicameral parliaments, the average waiting time for an eligible voter to become eligible for office was 3.5 years. For upper chambers, the difference was 10.4 years on average.

Only four countries, Rwanda, Morocco, Kenya and Uganda, have specially reserved seats for youth representatives. All countries that have adopted youth quotas have often done so after introducing gender quotas. That suggests that the many countries with quotas for women may be fertile ground for youth quotas.

The findings and good practice in the report will be featured at the annual IPU Global Conference of Young Parliamentarians on 28 April. 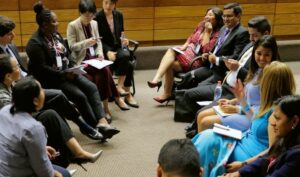 The global proportion of MPs aged under 30 has edged up to 2.6 per cent, according to the latest IPU report on Youth Participation in National Parliaments. This represents an increase of 0.4 percentage points compared with two years ago.