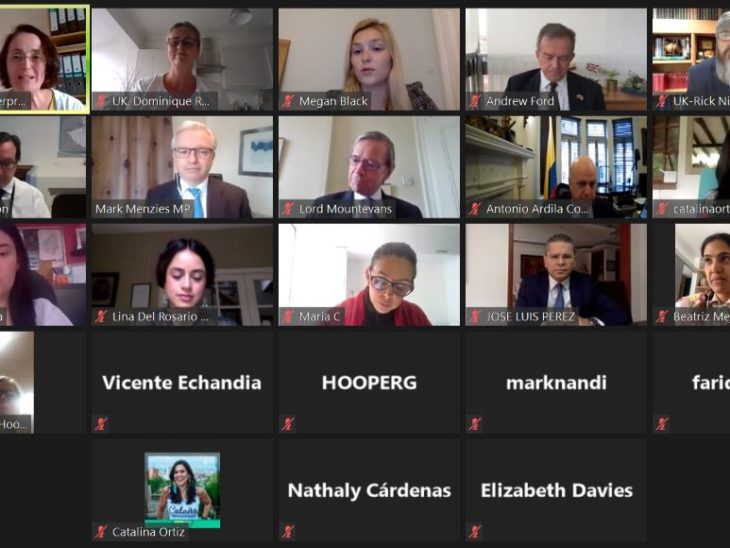 After initial exchanges on trade issues, discussions focused on national responses to the Covid-19 crisis. UK Members praised Colombia for its low rate of infection and asked about the experience beyond the statistics. Members of the Colombian delegation emphasised the profound crisis the pandemic has created, explaining that in addition to health concerns, the country is also experiencing economic and social implications. Widespread job losses combined with increases in domestic violence, organised crime and coca production have added to the challenges facing the Government in implementing its Covid-19 response. Senator José Luis Pérez Oyuela noted the value of the UK’s donations to the United Nations Fund and explained that this financing had enabled Colombia to obtain medical supplies, PPE and humanitarian aid to fight the pandemic.

UK delegates echoed concerns regarding the social and economic impacts caused by the pandemic at home and abroad. All Members agreed upon the importance of both domestic and international parliamentary collaboration during such a time of crisis. They also identified the equal importance of maintaining the necessary checks and balances to scrutinise Government actions, even when Parliament is not physically meeting. Representative Catalina Ortiz Lalinde explained that in Colombia the Congress was unable to function for a month of lockdown which meant Parliamentarians were unable to carry out their duties. Chris Matheson MP described the UK’s quarantine measures and explained that parliamentarians were also unable to attend Parliament for a short period, but that virtual capability had been established relatively quickly. Both delegations agreed the need for such facilities and processes to be established so that parliamentary work can be carried out even during national emergencies.

The prospect of future meetings was welcomed by both delegations which highlighted their desire to nurture the relationship, particularly during the post-pandemic economic recovery process. Mark Menzies MP emphasised that the meeting was just the beginning of dialogue between the two countries and extended an invitation for the Colombian delegation to visit London once international travel resumes. 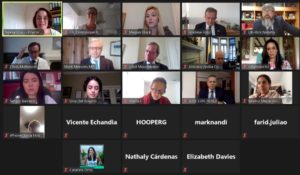