Home » Activity Reports » Ready for another 130 years of empowering parliaments

Ready for another 130 years of empowering parliaments 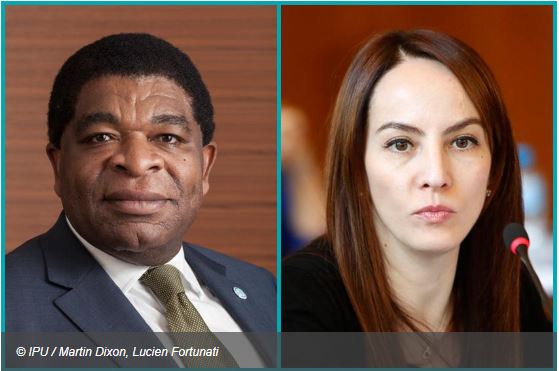 “When the past no longer illuminates the future, the spirit walks in darkness” wrote Alexis de Tocqueville, one of the great French theorists of democracy of the 19th century. As the IPU enters its 130th year, the spirit of our founding members is still very much alive at a time when parliamentary democracy is threatened in many parts of the world. This year, we look forward to celebrating our anniversary with you, by looking back at our rich history, in order to guide and illuminate us for the future.

But before we celebrate, let’s take stock of some of the impact we have had in empowering parliaments in 2018, concentrating on three areas in particular: influencing global processes, promoting gender equality, and defending parliamentarians’ human rights.

Following three rounds of consultations led by Mexico, the UN General Assembly adopted a new resolution on Interaction between the UN, national parliaments and the IPU. The resolution sends a strong political signal that greater parliamentary scrutiny and engagement of the world’s parliamentarians in UN processes are key to making global decision-making more transparent and inclusive. The resolution also established a new International Day of Parliamentarism on 30 June, the anniversary of the IPU’s creation.

Migration was the thread of many events in 2018 – from the 138th Assembly, the parliamentary hearing at the UN, to a parliamentary side event organized with the Moroccan Parliament on the eve of the signature of the Global Compact for Migration.

The Global Compact is a great example of IPU advocacy and impact in global processes. Drawing from its members’ work on migration throughout the year, the IPU presented a set of recommendations to UN negotiators on various aspects of migration policy, many of which are reflected in the final text of the Global Compact.

At the 139th Assembly, climate change was at the top of the agenda with the adoption of an emergency resolution Climate change – Let us not cross the line, following a UN report that called for urgent action to limit global warming to 1.5°C. Led by a coalition of Small Island Developing States and signed by all parliaments present, both big and small, the IPU resolution helps parliaments translate the 2016 Paris Agreement into concrete national legislation, adequate budget allocation, and resource mobilization.

In 2018, the IPU’s yearly analysis of gender equality showed a record number of women had run for office in the previous year, and more seats were won by women than before: 27 per cent compared with 22 per cent in 2016. However, in global terms, the number of women in national parliaments in 2017 barely budged compared with 2016, from 23.3 per cent to 23.4 per cent.

This shows that we are having some impact but that there is still much work to be done to make parliaments more gender balanced. Fortunately, our decades of experience in promoting gender equality means that we’ve built up a wealth of data, best practice and tools that help parliaments become stronger institutions by encouraging more women to enter them.

Last year also marked a growing awareness of widespread gender-based harassment in parliaments and the need to take mitigating action. A new study by the IPU, in partnership with the Parliamentary Assembly of the Council of Europe, showed that 85 per cent of women MPs have suffered from psychological violence in European parliament.

Again, we have the tools to combat sexism in parliaments. These include putting in place confidential complaints and investigation mechanisms; imposing disciplinary sanctions on the perpetrators; and making it clear that sexist behavior in parliament is wholly unacceptable.

Empowering parliaments also means protecting MPs’ human rights, something the IPU has also been doing for a number of years. In 2018, the IPU Committee on the Human Rights of Parliamentarians announced the highest number of human rights violations against MPs on its books since it was established in 1976. The Committee treated 564 cases of parliamentarians from 43 countries in 2018, almost double the figure from five years ago.

However, there was also good news with many cases satisfactorily resolved, including that of Anwar Ibrahim in Malaysia, a case that the IPU Committee has been defending for several years; and in the Maldives where many previously detained parliamentarians were recently released.

We will continue to face many challenges in 2019 as a global parliamentary community, particularly in an era when multilateralism is being weakened. No country can go it alone when faced with global issues such as climate change, migrants and refugees, sustainable development, terrorism and violent extremism. The IPU is your access to a place at the table of global discussions and decisions. We are convinced that if parliaments work in the interests of all the people they represent, on both global and local issues, democracy is strengthened.

From a handful of MPs in 1889 to 178 member parliaments today, the IPU remains the world’s only global organization of parliaments and a unique world platform for parliamentary democracy, dialogue and diplomacy. The year 2019 will be an opportunity to celebrate this diverse membership – to celebrate YOU – and to ensure that we continue our work together of empowering parliaments and parliamentarians for another 130 years.

We wish you all a healthy, productive and peaceful 2019! 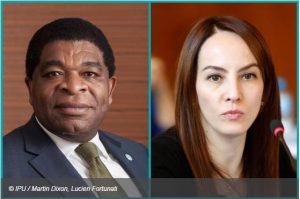