Home » Activity Reports » Relations with the EU: The Norway example

Relations with the EU: The Norway example 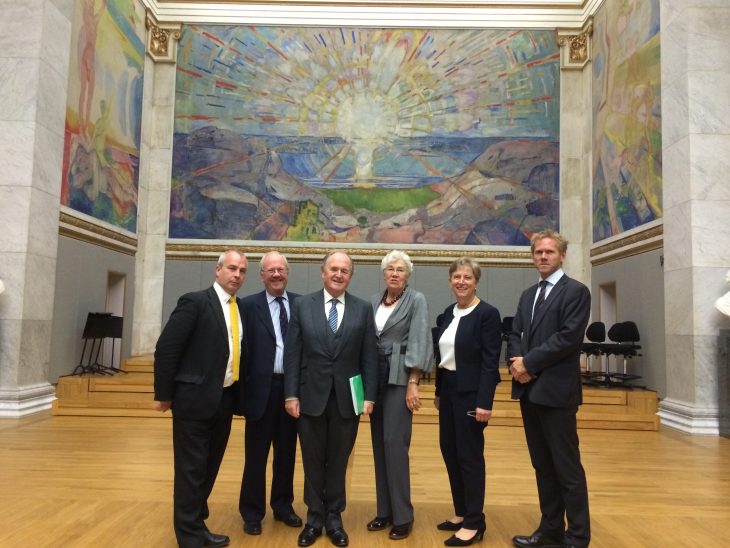 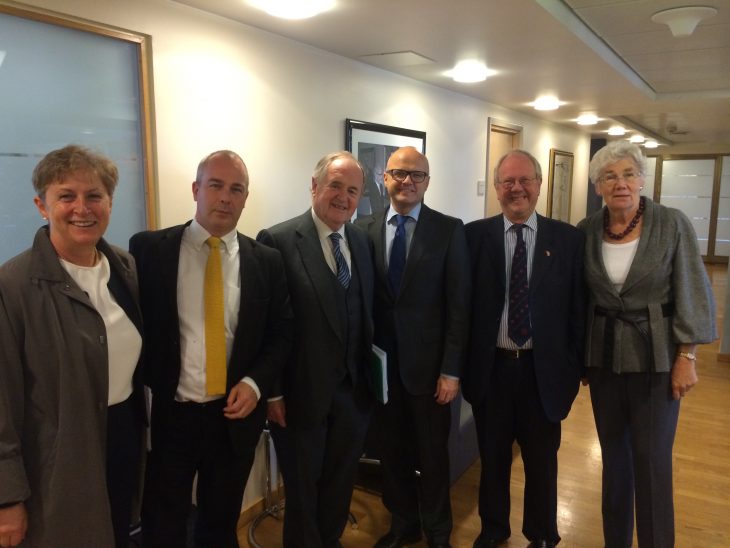 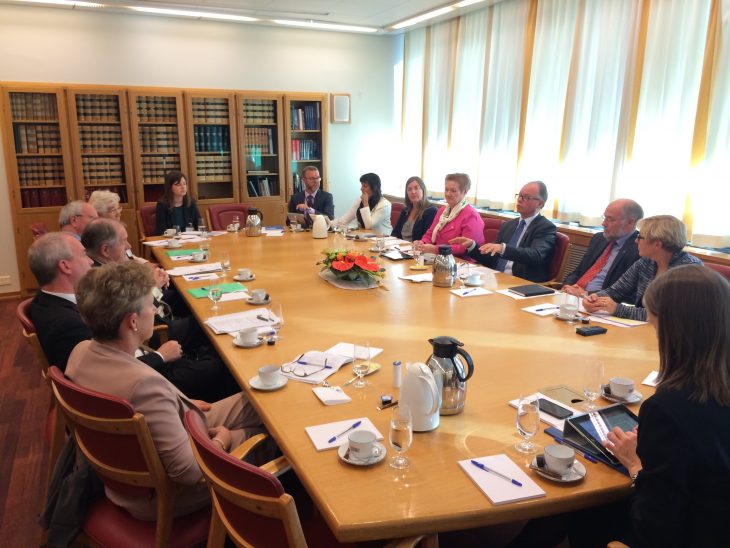 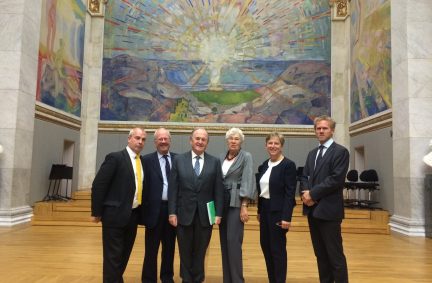 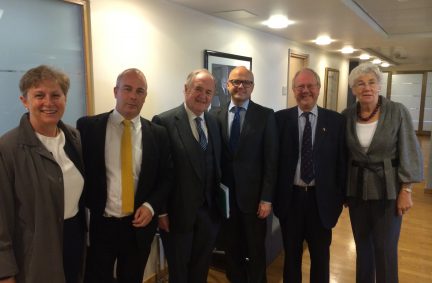 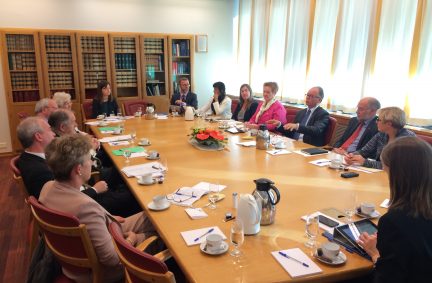 No conversation about the UK and its relationship with the European Union is complete without someone talking about Norway at some stage or another. We don’t want to be like Norway, say some whilst others suggest that Norway is an example of what the future for a United Kingdom outside the EU could look like. Norway is an economically successful country and not part of the EU. But not all is quite as straightforward as it seems as we found out on our visit to Oslo in September this year.

The House of Commons Library did a good note on Norway’s relationship with the EU and it served as a sound basis for preparation. But there is nothing quite as good as talking to the man who led the “Europe Review” himself. The work was commissioned by the Norwegian Government and the 900 page report was submitted to the Ministry of Foreign Affairs in January 2012.

Fredrik Sejersted at the University of Oslo, first gave us a brief tour of the magnificent Edvard Munch wall paintings in the aula, before taking us through his report entitled “Outside and Inside”.  Norway is Outside – it is not a member of the EU, but a member of the European Economic Area. It does not take part in the Common Agricultural and Fisheries Policies, does not have any MEPs or an EU Commissioner.  And Norway is also very much “in”. It pays into the EU, it has adopted three quarters of the EU’s rules and unlike the UK it is part of the Schengen agreement. Through EFTA it is part of the single market.

Before 1973 European countries had a choice of how they wanted to relate to their neighbours. Join the then EEC and aim for economic as well as political integration or stay with EFTA, and only have trading relationships. Norway was meant to join at the same time as the UK, but following a referendum where the people said “no” did not do so. There was another referendum in 1994 when the Norwegians yet again decided to formally stay outside the EU.

It is a curious state of affairs; association without membership. The report says that “the last 20 years have shown clearly that the Norwegian authorities neither can nor wish to isolate Norway from the increasingly close and binding integration processes in the EU.” It recognises that this is an unusual form of association, only shared with two other small countries, Iceland and Liechtenstein.

But they are keen to point out that they are not Switzerland. The Swiss have negotiate over every single agreement. In 1992 Norway signed the Agreement on the European Economic Area. That provides for the inclusion of EU legislation covering the four freedoms – the free movement of goods, services, persons and capital, through the 30 EEA States. The agreement also covers cooperation in areas such as research and development, education, social policy, the environment, consumer protection, tourism and culture.

That leaves as the big “outs”, Agriculture, fisheries, common Foreign and security policy [although Norway is an important NATO partner], justice and Home Affairs [apart from Schengen] and most importantly monetary union.

So far so good, but as the report acknowledges “the most problematic aspect of Norway’s form of association with the EU is the fact that Norway is in practice bound to adopt EU policies and rules on a broad range of issues without being a member and without voting rights.”. If we in the UK complain about a democratic deficit in our relationship with the EU, how much worse is it in Norway? It seems that popular support for joining the EU now stands at around 20%, but there is little evidence of active discontent with the arrangements as they stand.

Our group left the meeting with Fredrick Sejersted wiser as far as the Norwegian model was concerned, but not sure whether this was something which could work for the UK. So it was good to head to Stavanger and talk about gas and oil. Something that is of great benefit to the UK and whatever your views on the EU, we could all agree on being a “good thing”! 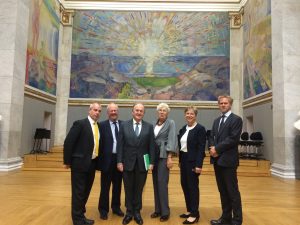 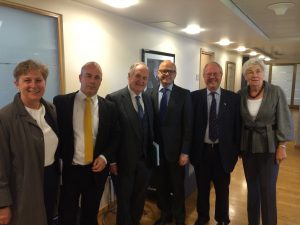 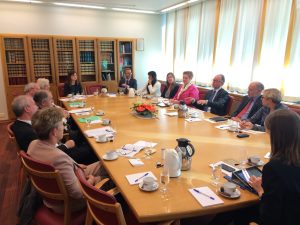