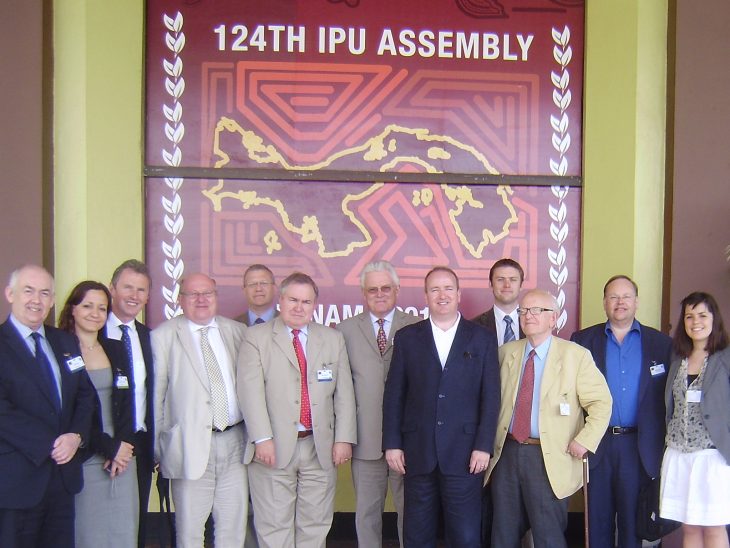 The turmoil in the Arab world dominated debates at the IPU Assembly in Panama in April which was attended by a delegation from Britain led by Robert Walter MP.

And Mike Gapes MP – Treasurer of BGIPU and former Chair of the Foreign Affairs Select Committee – said that the world should work together “to protect the people of Libya and allow them a clear democratic choice.”

Mr Walter – speaking in the general debate at the 124th Assembly which was held from April 15 to April 20 – said that in many countries opposition parties were weak and governments manipulated electoral processes and restricted the media.

“In these countries, so called democratic parliaments did not meet the expectations of the people,” he said.

“This has been seen in the recent events in North Africa where popular opposition was expressed on the streets. And it is possible that these events could extend to the east and south – and further change the political make up of the region.”

Mr Walter said there was some concern that the changes had not been brought by elected politicians but by populist, leadership movements.

“These movements have been organised through the use of new media and have no rule books or constitution,” he said.

“Those who believe in parliament as an elected chamber feel that parliament was the correct location for dialogue and challenging the government which in turn led to good governance.”

Mr Walter said he looked forward to working with new parliamentarians from Tunisia, Libya and Egypt – possibly at the next IPU Assembly in Bern this autumn.

Mr Gapes said the world had to recognise that the United Nations had moved on after the tragedies of Rwanda, the Balkans and Iraq.

He said that UN Resolution 1973 – agreed by a clear majority of the Security Council – gave the world the responsibility to protect the population of Libya.

Some 119 countries were represented at the 124th Assembly in Panama City, and 615 Members of Parliament – including 35 Speakers – participated.

Mr David Natzler, Clerk of Legislations, House of Commons and Mr Rhodri Walters, Reading Clerk and Clerk of the Overseas Office, House of Lords represented the UK at the parallel conference of the Association of Secretaries General of Parliaments (ASGP). Stephen Mark and Emma Sawyer, Joint Secretary of the ASGP were also present.

During the five-day conference, delegates debated and adopted the standing committee resolutions which had already been debated in Geneva in the autumn. The resolutions adopted were:

The Assembly also unanimously adopted an emergency item resolution entitled: Strengthening democratic reform in emerging democracies, including in North Africa and the Middle East. This item was jointly proposed by Indonesia, the Islamic Republic of Iran and New Zealand.

In the fringes of the Assembly, the delegation had interesting discussions with the delegations from Afghanistan, Argentina, Indonesia, Iran, Jordon, Mexico, Morocco, Russia, Syria and Turkey. 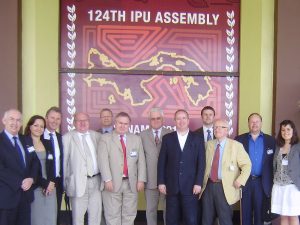