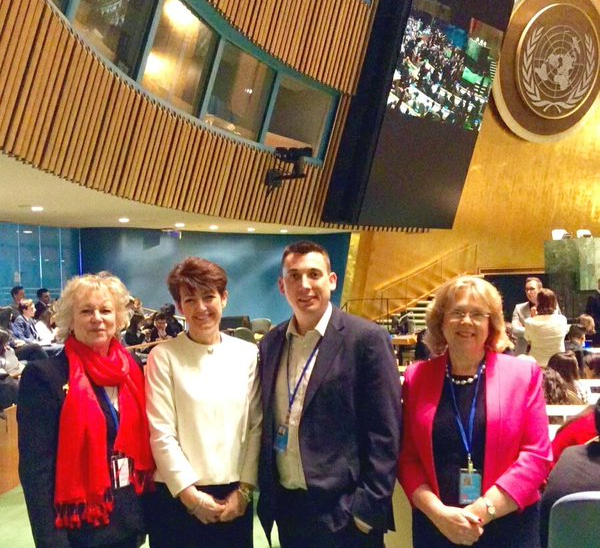 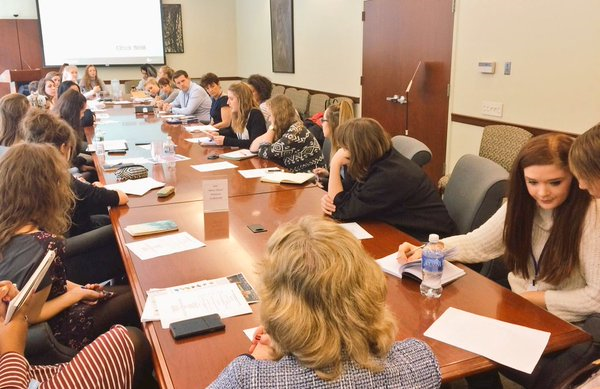 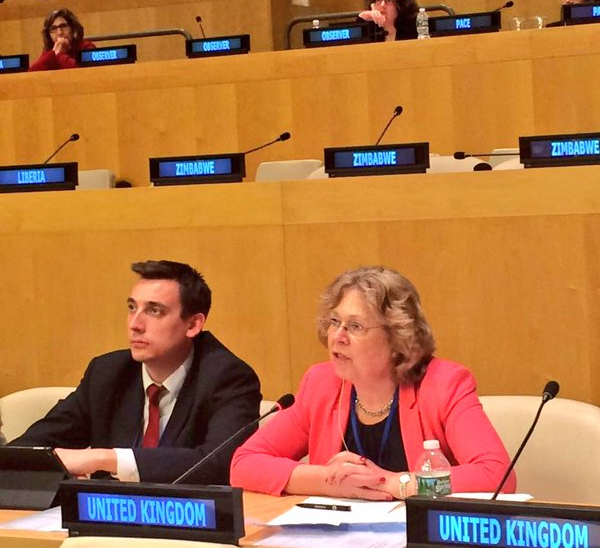 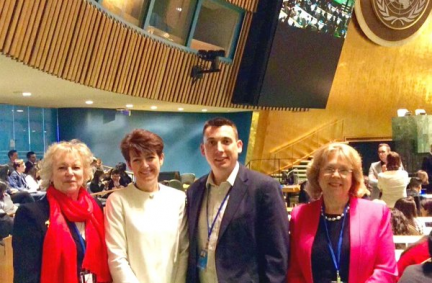 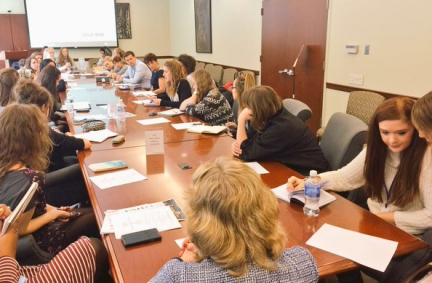 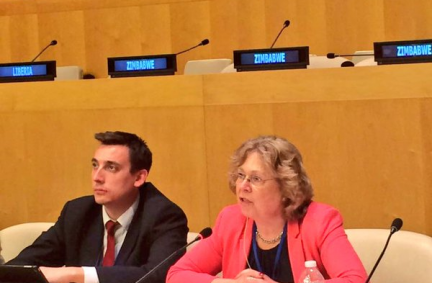 It was a great privilege to be sent to the 60th Session of the UN Commission on the Status of Women (CSW) this year, where the priority theme was “Women’s Empowerment and its link to Sustainable Development”.

Being the first year after the announcement of the Sustainable Development Goals (SDGs), looking ahead to 2030 with their agenda of leaving no-one behind, this was a particularly interesting year to attend. Although the indicators for the SDGs were yet to be agreed, there was a real feeling of looking forward and a general optimism about the new agenda. This is particularly in light of having achieved the hard fought for SDG Goal 5 on gender, as well as having gender mainstreamed across the other goals. However, it was agreed that the Beijing Platform for Action, now over 20 years old, is still the ‘gold standard’ for gender, and it is a somewhat disappointing reflection that no advancement has been made, but rather that in many countries encroaching conservative attitudes have made it difficult to stop language about gender and approaches rolling backwards.

This year the British Group Inter-Parliamentary Union sent a delegation of four parliamentarians – Jo Churchill MP and Gavin Shuker MP from the House of Commons and Baroness Northover and myself from the House of Lords, accompanied by Emily Davies from BGIPU. British Parliamentarians were well represented as this year, for the first time, there was also a delegation from the Women and Equalities Select Committee: Ben Howlett MP, Angela Crawley MP and Jess Phillips MP. Two Government Ministers also attended CSW – Caroline Dineage, Parliamentary Under Secretary of State for Women, Equalities and Family Justice, and Baroness Verma, the Parliamentary Under Secretary of State at the Department for International Development.

CSW falls under the remit of the Government Equalities Office and Helene Rearden-Bond and Charles Ramsden attended on its behalf. They put in a great deal of work prior to CSW with NGO Consultation Days and briefing for UK representatives.

The UK is envied by other countries, as once CSW starts the UK Mission invites all delegates – both parliamentary and NGOs – to a briefing session at the Mission most evenings. The UK Mission also holds a Reception for attendees from the UK, which is always a highly enjoyable occasion. Enormous thanks go to our Ambassador to the UN, Matthew Rycroft, and his staff at the UK Mission, who put in a lot of work to make us all feel so welcome.

Attending CSW for the first time can be somewhat confusing because in effect there are three parallel agendas, and in addition meetings going on elsewhere. In the main hall the countries give their statements on the priority theme through three minute interventions. Then there are the Side Events – sessions on specific topics run by countries, often sharing the platform with other countries and NGOs. This year the UK ran two Side Events – one in partnership with Denmark and Northern Ireland focusing on getting more women into STEM professions, and another, also with Northern Ireland, on Women’s Economic Empowerment.

As well as parliamentary and government representatives, NGOs from around the world also attend. The UK has very good representation, both from large International NGOs and smaller groups. Many are organised through NAWO (National Alliance of Women’s Organisations) and the UK NGO CSW Alliance, and members of the NAWO Young Women’s Alliance were also present this year. The extensive programme of Parallel Events at CSW are run by the NGOs, most taking place in Church House across the road from the UN. The UK NGOs had organised an array of events, many of which involved parliamentarians either speaking or chairing.

The IPU Day was on the Tuesday when Parliamentarians from around the world gathered in the ECOSOC Chamber in the UN Headquarters to consider ‘The Power of Legislation for Women’s Empowerment and Sustainable Development’. There were three sessions which considered: The status of discriminatory laws worldwide; The Power of Parliaments to end discriminatory laws; and Challenges of Implementation, enforcement and oversight. We heard that there are only 18 countries in the world today where there are no discriminatory laws, and 46 countries where laws against domestic violence are completely absent. Many of the countries who do have the laws in place still find that it is very hard to achieve implementation. It is always most interesting hearing the contributions from parliamentarians from other countries around the world.

Every year there is also a Review Theme, reflecting back on a theme from previous CSWs. This year it was “the Elimination and Prevention of all forms of violence against women and girls” (VAWG) which had been the Priority Theme for the 57th CSW in 2013. It is a shocking statistic that one in three women in the world has suffered from violence. Even in the UK two women per week are killed as a result of domestic violence. However, in conflict countries domestic violence spirals out of control, for example it is estimated that in Afghanistan 87% of women are domestic violence victims. As a result of the Review Theme chosen a good proportion of the NGO and parallel events focussed on this.

Between the four of us parliamentarians, and Emily too, I think we managed to cover an enormous range of meetings and issues. I certainly came away feeling that there is still much to be done for women’s empowerment and to combat violence against women and girls, but heartened by realising that there are so many others, from all the countries of the world, who have such similar concerns and views. Attending CSW is a wonderful experience and I am most grateful to BGIPU for having sent me again this year. 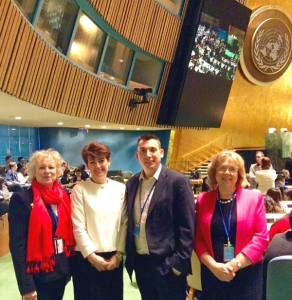 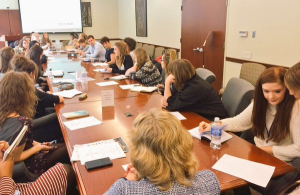 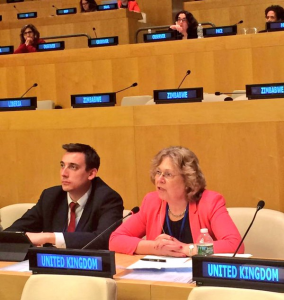