Home » Activity Reports » Some reflections on BGIPU visit to Vietnam

Some reflections on BGIPU visit to Vietnam 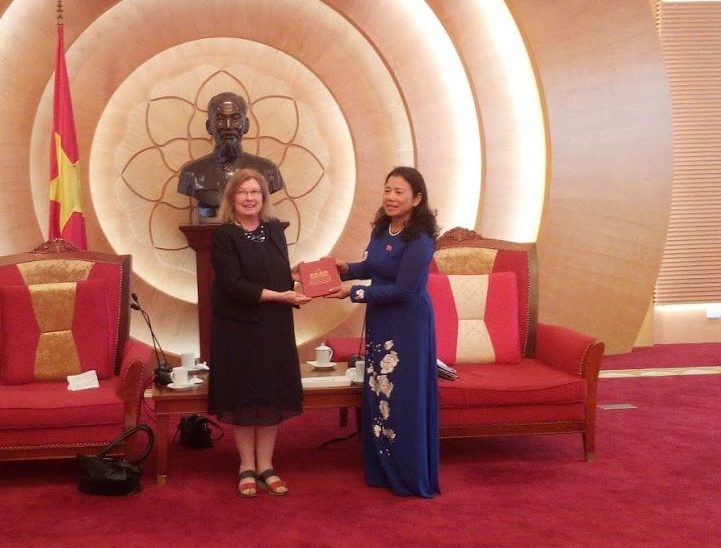 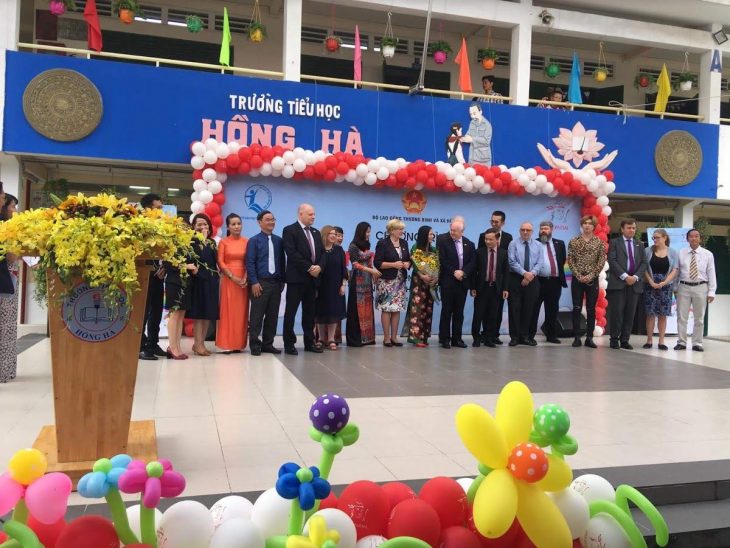 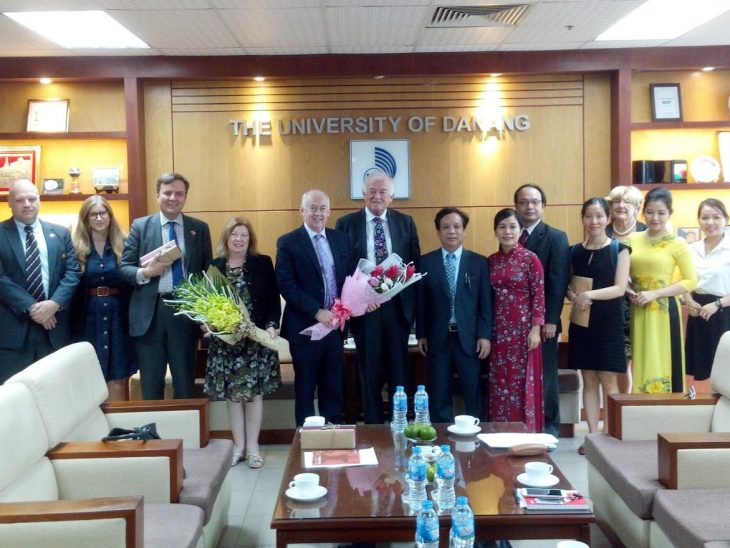 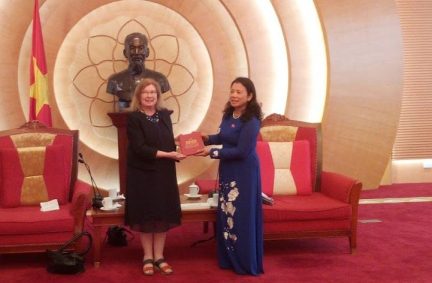 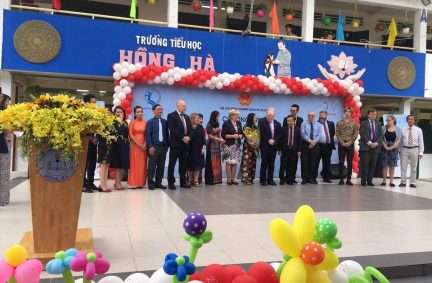 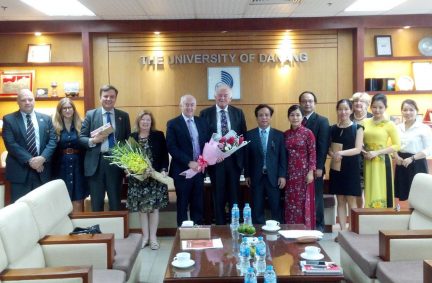 For some time it has been an ambition of mine to visit Vietnam. Like many of my generation my knowledge of the country is shaped by the harrowing images of the war in the 1970s. I wanted to know how Vietnam has moved on since that dreadful time and the extent to which it has managed to recreate and rebuild itself. I was also really curious to know about whether the communist system was managing to keep relevant and how, if at all, it seeks to promote its legitimacy and genuinely modernise the infrastructure and economy of the country. At every level I found the country fascinating, although sometimes frustrating although the roads and driving were seriously scary!!

My first impression is that despite the wreckage and carnage inflicted by the Americans in the 1960s/70s war, the country to an amazing degree has managed huge reconstruction and modernisation. It is far from complete and at times the old ways sit or jar depending on your point of view alongside the new – such as the street sellers who set up shop outside glossy new buildings. It was also obvious that the urban areas are massively expanding and with my planning hat on I wasn’t sure everything was being as effectively planned as it might. But discussions with state officials in Da Nang proved otherwise, at least partially. The extent of the new development also made me want to know more about rural areas and what is pushing so many people into the growing cities.

I also understood the great concern expressed to us again and again about climate change and the hugely destructive effect it could have particularly in the Mekong Delta and it is an issue I want to follow up in the UK.

Most of all I was impressed by how the country has embraced technology and is committed to investing in education. Our visits to the VN-UK Institute for Research and Executive Education and the University of Danang demonstrated clearly the ambition of the country to educate young people to the highest levels, whether in Vietnamese-run institutions or in partnership with others including universities in the UK. Indeed, much to my surprise on the first evening of the visit I happened to bump into some UK Vice Chancellors who were in Vietnam and were attending an event to promote British higher education at the British Embassy in Hanoi.

But my lasting memory of education will always be the delightful children we met at Hong Ha school in Ho Chi Min City. They were getting eye tests, a reminder perhaps of how much of the basics of public health Vietnam must yet develop, but in general is was just like any primary school with happy, smiling children who sang beautifully and were just wonderful and so curious about why we were there. I felt confident that the country understood how vital these children are to their future.

This was evident too in the growth of the economy and the two companies we visited Samsung and Prudential organised accommodation and meals for employees alongside training and apprenticeships. The jobs were good quality and paid well in Vietnam even if, as in the case with Samsung, they provide fairly repetitive modes of employment.

I saw the Communist Party work very hard at presenting an image of being ‘democratic’ to a degree and doing much to engage with local people though party structures in the community. It was hard to gauge how effective this strategy is. For now, with economic growth at 7-8%, most people seemed happy (and resigned!) to let the government get on with running the country. What might happen in leaner economic times remains to be seen. Protest marches were taking place when we were there but generally to show annoyance at land ownership issues and what foreign governments were doing in terms of development projects! 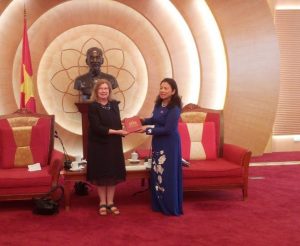 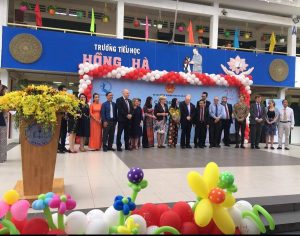 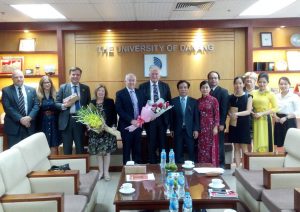