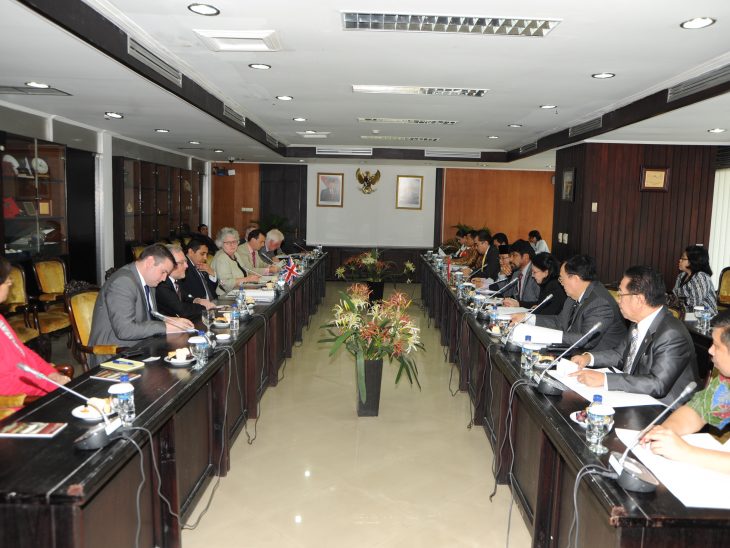 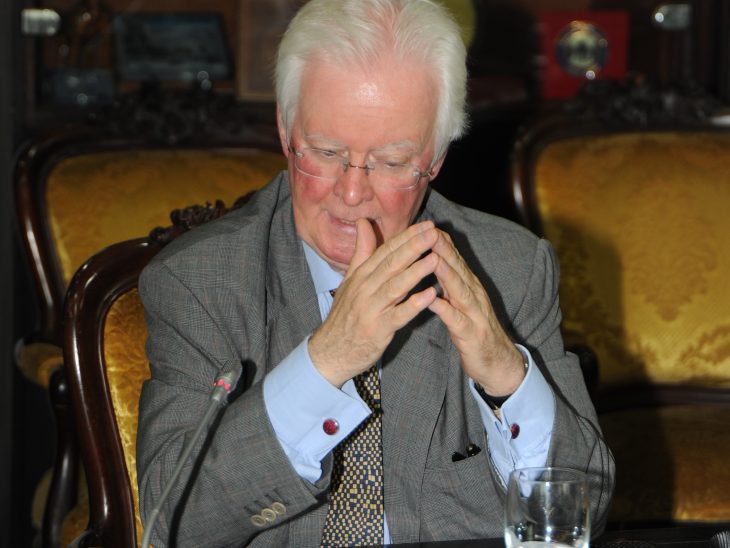 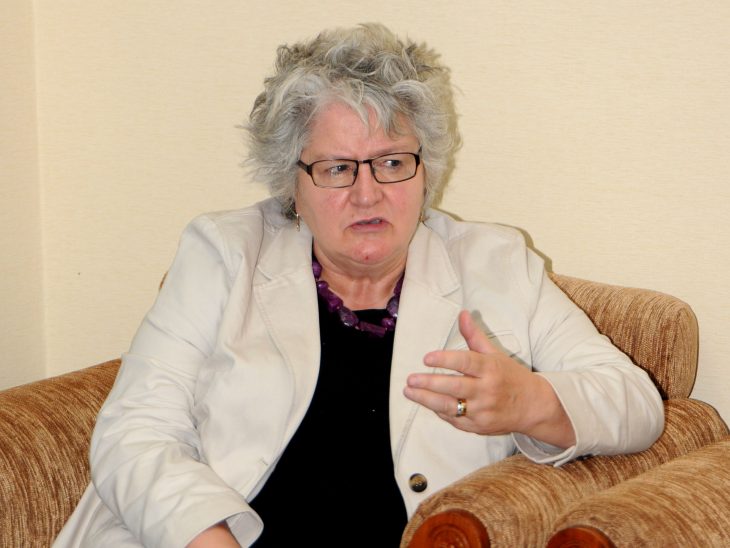 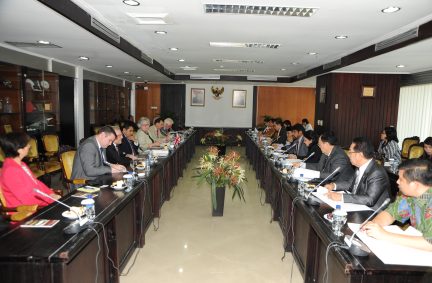 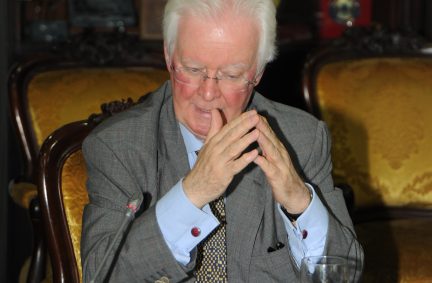 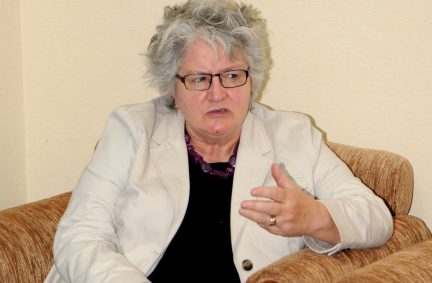 The delegation had clearly identified areas of interest before departure and these included; bilateral trade and investment, the increasing influence of Indonesia regionally and globally, democratic consolidation and support for social diversity, the role of political Islam in politics, human rights, education and peace and security.  The programme very skilfully managed to cover all of these areas.

The UK Government’s aim of strengthening and deepening the relationship between this country and Indonesia was a recurring theme in many of our discussions.  The recent visits by Prime Minister Cameron and other members of the UK Government were seen in a very favourable light by the politicians and other opinion formers we met.  The forthcoming State Visit of President Susilo Bambang Yudhoyono was clearly identified as a special honour to Indonesia during the Queen’s Diamond Jubilee Year.

Before we left the UK, we were delighted to have lunch with His Excellency, the Indonesian Ambassador who emphasised to us that one of the priorities for his country was “connectivity and infrastructure”. Our first journey through the traffic in Jakarta gave us a sense of the scale of the problem!  The infrastructure and connectivity  issue was emphasised time and time again by politicians and representatives of the business community who felt that the Indonesian economy could not reach its potential until these major strategic challenges were addressed.

The scale of the development needed was crystallised in the discussions with the Jakarta equivalent of the Chamber of Commerce (KADIN) who advised us that a country which is 5,271 km long had less than 200 refrigerated articulated wagons, and that a train journey from Jakarta to Yogyakarta, some 320 miles, takes 7 to 8 hours.  It was therefore obvious that economies were local, and opportunities for growth were undermined by the “connectivity and infrastructure problem”.

The importance of Indonesia as a key player in ASEAN was the focus of our conversation with the Indonesian Foreign Minister Dr. R.M. Marty M. Natalegawa.  We were very grateful to the Foreign Minister for the time he spent with us, and for making time in a busy schedule to meet with us.  Meetings with the Defence Minister, Hon Mr Purnomo Yusgiantoro allowed us to further explore Indonesia’s strategic role in the area.  The exploitation of Indonesia’s natural resources was a critical discussion with the Minister of Forestry highlighting as it did, the pressure on the government to balance international and national environmental pressures and the need to develop the resources as part of a growing economy.

During the week, there were obviously some really fascinating discussions with parliamentarians who were working to strengthen the young democracy. We were impressed by the willingness to engage with us on quite difficult issues, such as human rights, institutional corruption, the rights of minorities and the death penalty. The ongoing situation of West Papua was one topic where we were challenged on the perceived concentration of our parliamentarians on this part of the republic’s politics. The impression created was that there was little interest in other areas of the country’s development where progress was being made. It is also clear from the Presidential statements that there is no intention to grant any referendum on autonomy for West Papua.

The development of a more civilian police and security network that seeks to move away from the traditional military model of security was on the final focus of our discussions with JCLEC – the Jakarta for Law Enforcement Cooperation.  The initiative was established initially between the Australian and Indonesian governments in the wake of the Bali bombings.  It now also has some project funding from both the UK and the EU and appears to offer a model of cooperation that could be replicated in other parts of the world. Over the period of its life, thousands of participants have completed programmes including investigations management, criminal intelligence, forensics, financial investigations and communications.

Our visit also allowed us to have discussions with other organisations outside that of government and parliament, including conversations with the Principal and staff of both Garuda University, a long established institution, and the new Islamic University of Al Azhar with just 3000 students. Although the UK is not the main focus for university links, there was a real sense that the academics would like to see greater cooperation between the higher institutions of our two countries.

Finally, we had an opportunity to briefly meet with a couple of NGOs. The first, Migrant Care, championed the rights of Indonesian low paid workers who were often being exploited, mainly as domestic staff, particularly in Middle Eastern countries.  The dedication and commitment of the volunteers and staff was impressive as they championed the rights of those who were abandoned without rights in foreign countries.  The work of Islamic Relief, the second NGO, highlighted the work across the country that this faith based organisation was undertaking, and once again the delegation was impressed by the commitment of volunteers and staff.

Overall, the delegation felt optimistic about the progress that was being made on the economic, social and political fields.  Those that we met did not shy away from the challenges that the country faced in all these spheres, but in all of our discussions there was real optimism.  There is undoubtedly an appetite to engage with the UK at all levels and there are obvious opportunities for partnership in the economic field, which we assume will be the subject of some of the bilateral discussions when the President undertakes his State Visit later this year. 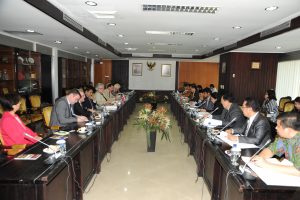 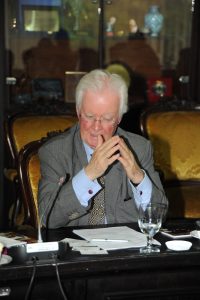 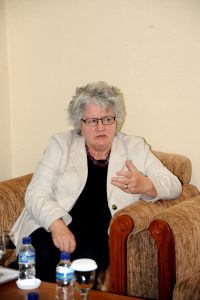