Home » Activity Reports » “There is no excuse not to act”: Experts and MPs agree on urgency of climate action at COP25 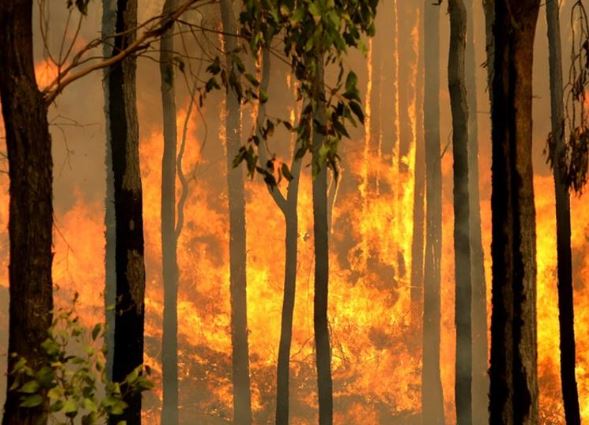 A bushfire burns out of control in Australia. © AFP /Torsten Blackwood

Press Release from the IPU in margins of COP25 in Madrid

Experts and parliamentarians meeting on the sidelines of the United Nations Climate Change Conference (COP25) underscored the urgency of parliamentary action to mitigate the effects of the climate emergency.

Over 100 MPs from more than 30 countries attended the IPU’s annual parliamentary meeting during the COP25. Speakers included Jeffrey Sachs, Director of the Centre for Sustainable Development, from Columbia University, United States, and Hans-Otto Pörtner, Professor from the Alfred Wegener Institute, Helmholtz Centre for Polar and Marine Research in Bremerhaven, Germany, and Co-Chair of the Intergovernmental Panel on Climate Working Group II.

The meeting, which took place on 10 December in Madrid, Spain, was organized by the IPU and the Spanish Congress of Deputies. The IPU regularly organizes parliamentary meetings in parallel to the United Nations Climate Change Conferences in partnership with the host country parliament. The meeting is designed to give parliamentarians the opportunity to obtain information directly from climate change experts and to find solutions to implementing the 2015 Paris Agreement.

In her opening remarks, IPU President Gabriela Cuevas stressed that time was running out to mitigate the effects of the climate emergency and called for parliamentarians to maximize their legislative, budgetary, and oversight functions to transform the Paris Agreement into national laws, policies and action plans, and to hold their governments accountable.

MPs heard from the experts about how climate science should shape and inform policies. Mr. Sachs set the MPs a challenge: to ask their governments for a plan to reach zero emissions and present it to COP26 in 2020. Stressing the urgency of taking action to combat climate change, Mr. Pörtner said that the science was clear and there was no excuse not to act. His words were echoed by Saber Chowdhury, Bangladeshi MP and Honorary IPU President, who called on the political class to mobilize. “If the science is so clear, why aren’t we taking action? What is going to bring about change? It is clearly political will. MPs need to act now!”

The meeting followed the publication of a global analysis of climate action policies and laws by the Grantham Research Institute on Climate Change and the Environment at the London School of Economics and Political Science, United Kingdom. The research shows that more than 170 countries have now introduced national policies and laws on climate change adaptation to address impacts including the rising risks of extreme events such as floods and droughts.

The IPU has been supporting parliaments on climate action for the past decade. This year, the IPU held workshops in Zimbabwe, Burundi and Zambia to raise awareness of the climate emergency among MPs and to identify priority actions.

Climate change was the focus of an emergency resolution adopted by Member Parliaments at the most recent IPU Assembly in Belgrade, Serbia, in October 2019. The resolution sets out steps that parliaments can take to implement the Paris Agreement and mitigate the effects of climate change. 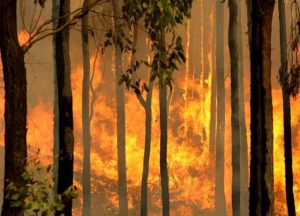 A bushfire burns out of control in Australia. © AFP /Torsten Blackwood