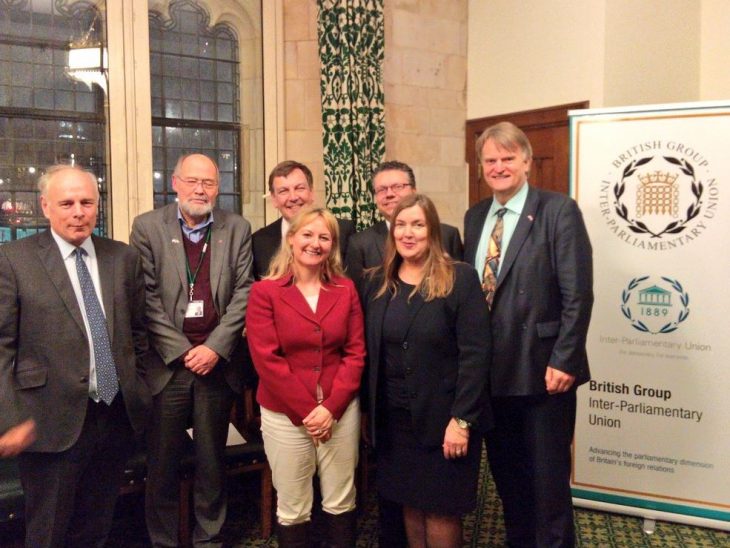 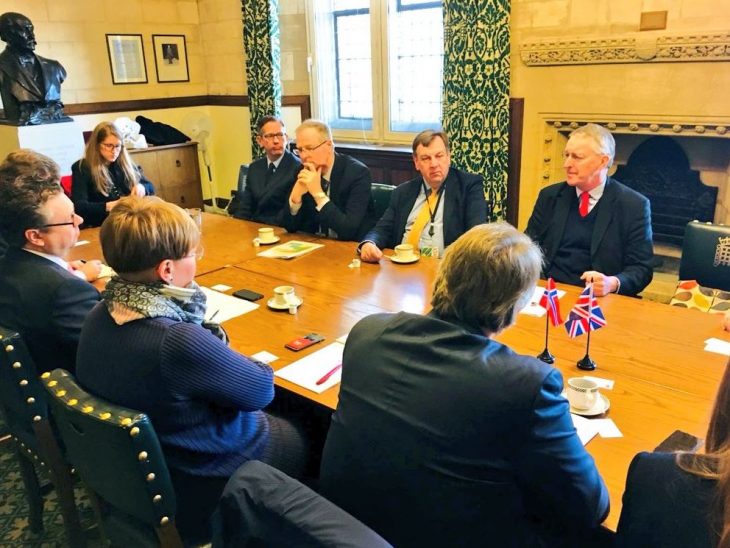 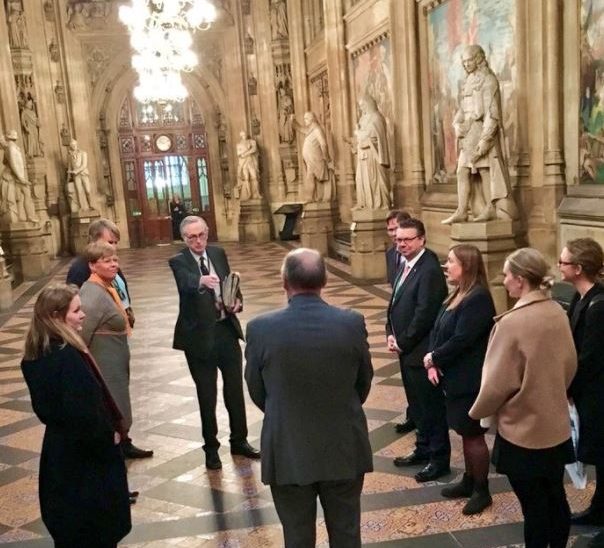 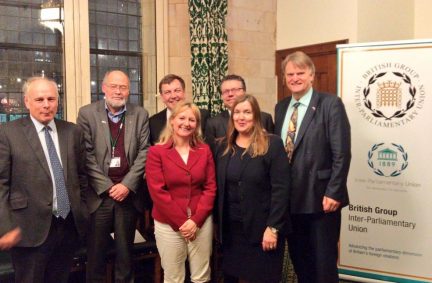 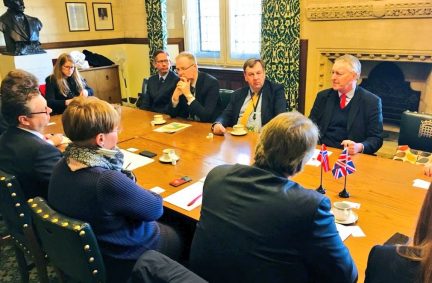 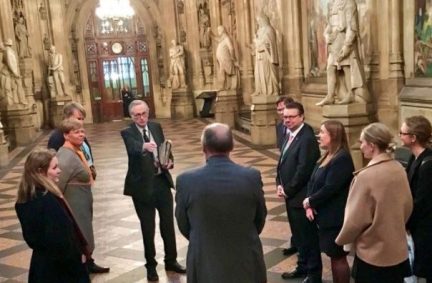 The delegation began their visit to Westminster with a tour of the Palace, kindly given by Rt Hon. Viscount Craigavon, and were then formally welcomed to Parliament by the Chairman of Ways and Means and Deputy Speaker, Rt Hon. Lindsay Hoyle MP. Following this, Clerk of the House of Commons International Development Committee, Fergus Reid, provided an introduction to the Westminster Parliamentary System and then the delegation made their way to lunch, hosted by All Party Parliamentary Group on Norway Chair, Paul Farrelly MP. Members of the APPG and the delegation had an opportunity to discuss current UK-Norway relations and the prospects for them post-Brexit.

Monday afternoon saw the delegation meet with Rt Hon. Sir Alan Duncan MP, Minister of State for Europe and the Americas, Foreign and Commonwealth Office. The Minister answered questions from the delegation on calls for a second EU referendum, the likelihood of a free trade agreement post-Brexit and the impact of Brexit on British party politics. Lord Howell of Guildford, Chair of the House of Lords International Relations Committee, and colleagues subsequently met with the delegation to discuss bilateral relations and the UK’s international relations agenda. Monday concluded with a Welcome Reception for the Norwegian members, hosted by Rt Hon. John Whittingdale MP, Vice-Chair, British Group Inter-Parliamentary Union, which gave UK Parliamentarians the opportunity to mingle with their Norwegian counterparts and diaspora and highlighted the deep historic ties between the two countries.

Tuesday started with discussions with Rt Hon. Hilary Benn MP and fellow colleagues from the Commons Committee on Exiting the European Union. The Committee members spoke of the process of their committee, its establishment and its mandate and its current enquiry into the UK’s progress in negotiations on EU withdrawal. The Norwegian delegation outlined what percentage of EU legislation they were obligated to implement and explained that whilst EEA membership required them to accept EU single market rules, those applicable to agriculture and fisheries were exempt. For the past 25 years the EEA had been working well for Norway, the Committee heard, albeit with some challenges concerning the structure of the agreement. The members also discussed Norway’s position as a Schengen country and what immigration related issues emerged from this.

Prior to lunch, the delegation met with several members of the International Trade Committee, including BGIPU Chair Nigel Evans MP. The members discussed the newly initiated talks between China and Norway regarding a free trade agreement and the delegation once more outlined Norway’s relationship with the EU. Norway welcomed EU legislation in certain areas, for example environmental laws, but enjoyed the freedom EFTA provided in enabling member countries to make their own independent trade policy. The working lunch hosted by Kerry McCarthy MP focused on the oil and gas industry in Norway, renewable energies and Norway-Russia relations. Three of the delegation members (Ms Hege Haukeland Liadal, Ms Elin Rodum Agdestein and Mr Svein Roald Hansen) then made their way to the airport as recent changes in the Norwegian Government required them to be back in the Storting Chamber.

The Polar-Regions APPG were keen to discuss the highlands of Norway and defence matters relating to them in their afternoon meeting. The delegation clarified that the Schengen border between Norway and Russia in the North had caused no problems as of yet and the country had good relations with Russia; cooperating with them on oil, gas, their respective border and fisheries, whilst also respecting the EU sanctions. Discussions then centred on the current situation in Svalbard and the related treaty.  Tuesday afternoon was wrapped up with meetings with members of the House of Commons European Scrutiny Committee and Clerk of the House, David Natzler.

The delegation’s final day in Parliament featured Parliamentary Round Table Discussions chaired by Paul Farrelly MP, where conversation focused on environmental issues relating to Norway’s waters, sustainable fishing policy and the drivers of the Norwegian economy. Members also discussed Norway’s relationship with Russia and NATO’s role in relations.  Before departing for the airport, the delegation observed a lively Prime Minister’s Question Time and were then hosted for lunch by Lord Mountevans; providing an opportunity for the delegation to share their thoughts on the visit and what had emerged from their previous meetings. 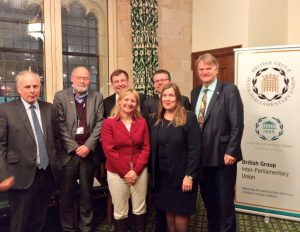 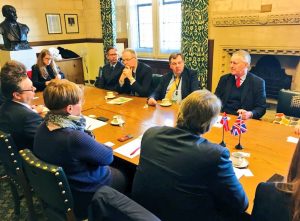 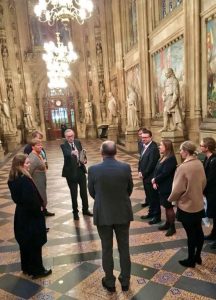