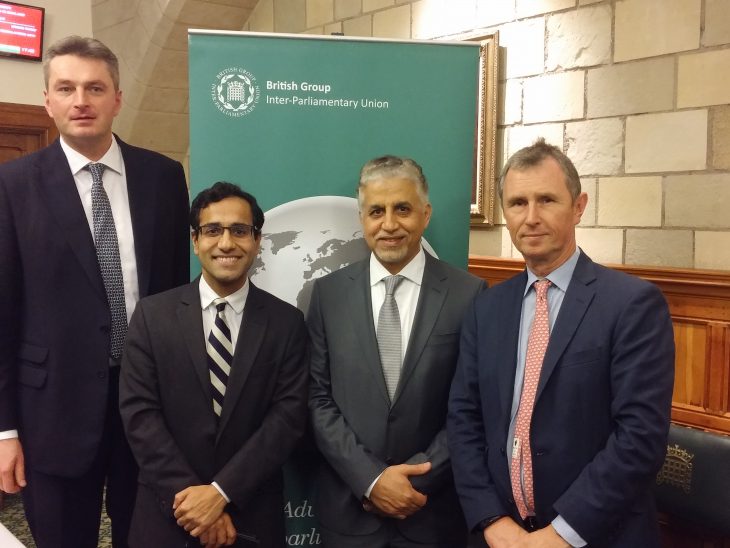 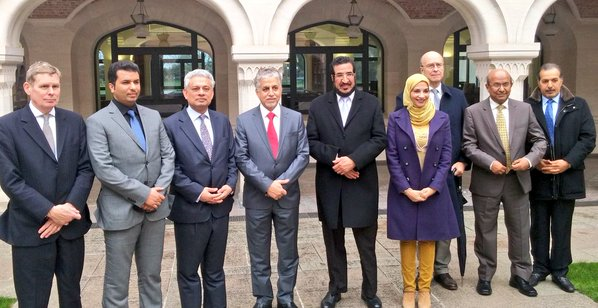 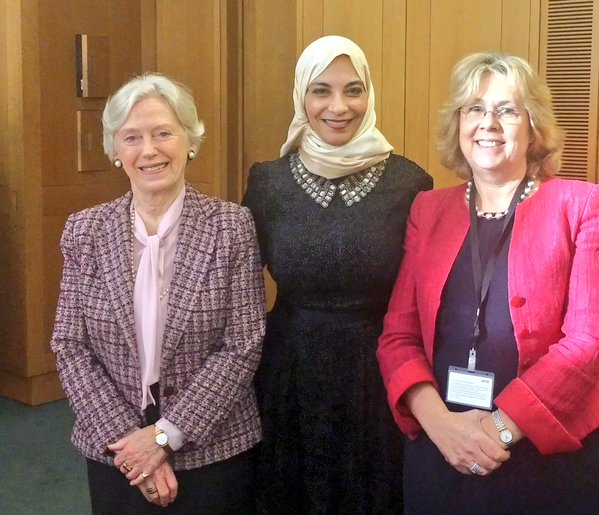 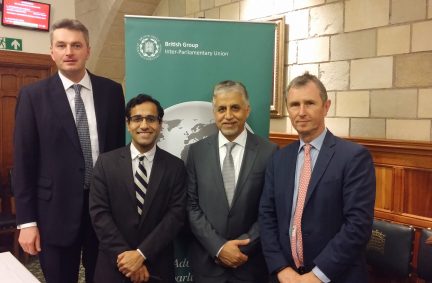 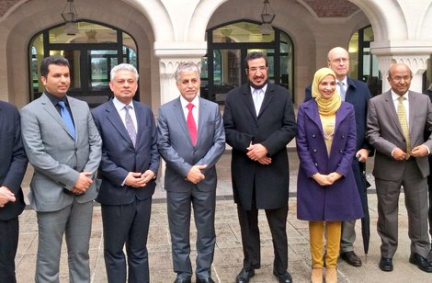 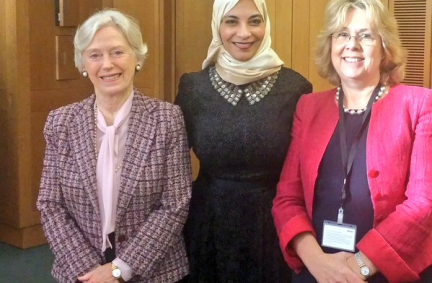 The delegation was welcomed by the Clerk of the House, David Natzler and were given an introduction to Parliament and the Westminster Parliamentary System by the Head of the Overseas Office, Mr Crispin Poyser. They then met with Kevin van Cauter, Senior Higher Education Advisor at the British Council to learn about education opportunities for Saudi students in the UK and education exchange opportunities. After a lunch hosted by the chair of the Saudi Arabia All-Party Parliamentary Group, Yasmin Qureshi MP, they went to the Foreign and Commonwealth Office to meet with the Parliamentary Under-Secretary of State, Tobias Ellwood MP to discuss bilateral relations and developments in the region. Nigel Evans MP, Chair of the BGIPU Executive Committee also hosted an official welcome reception in the IPU room.

The chair of the Science and Technology Select Committee, Nicola Blackwood MP, met with the delegation to explain how the committee worked. Dr Sendi was particularly interested to learn about the role of women in science in the UK. After tour of Parliament hosted by Tim Loughton MP, the delegation went on to discuss the renovation plans of the Palace of Westminster with Tim Parkin, the Vision Lead of the Restoration & Renewal Programme Team. Mr Marzouqi and Prince al Saud had an academic and professional interest in architecture and were interested to learn about this major upcoming British project.

The delegation had a valuable meeting with members of the Foreign Affairs Committee chaired by Crispin Blunt MP and engaged in a detailed discussion on regional developments, including common commitment between the UK and Saudi Arabia in the fight against the threat posed by Daesh. After a working lunch on key strengths and challenges in bilateral relations hosted by Daniel Kawczynski MP, they met with member of the House of Commons Commission, Tom Brake MP and Mr Ian Ailles. This was followed by a meeting Rt Hon Alistair Burt MP, Minister of State for Community & Social Care, to discuss the British National Health Service and it collaboration with Saudi health services.

The delegation participated in a parliamentary round table discussion with members of the BGIPU, chaired by Lord Sheikh, Co-chair of the Saudi Arabia APPG which covered a wide range of topics including developments in the region, trade and investment, people-to-people exchanges and human rights issues, including very welcome developments regarding the inclusion and political role of women in the Kingdom. After observing Prime Minister’s Question Time, there was a working lunch hosted by Baroness Manzoor prior to a meeting on innovation and technology with members of the Business Innovation & Skills Select Committee. The delegation then visited the City of London to meet with the Islamic Finance Sector Advisory Group to learn about developments in the British Islamic Finance industry.

The delegation spent the last two days of their visit in Oxford were they met with Dr Farhan Nizami, Director of the Oxford Centre for Islamic Studies as well as Jonathan Reynolds, the Deputy Dean of the Saïd Business School. They toured the Bodleian Library led by Vanessa Corrick, the Head of Bodleian Library Reader Services. They also had the opportunity to hear about local government in the UK from Councillor John Sanders, Chairman of Oxfordshire County, and Consort Councillor Gill Sanders. On the final day they visited the Oxford Middle East Centre, in St Antony’s College, and met with Ngaire Woods, the Dean of the Blavatnik School of Government. The visit ended with a presentation on the Green Arabia archaeological project by Professor Petraglia, University of Oxford. 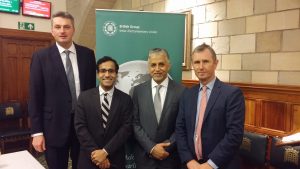 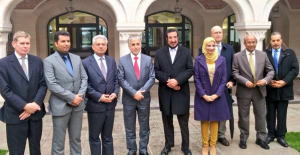 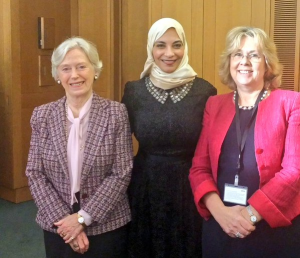