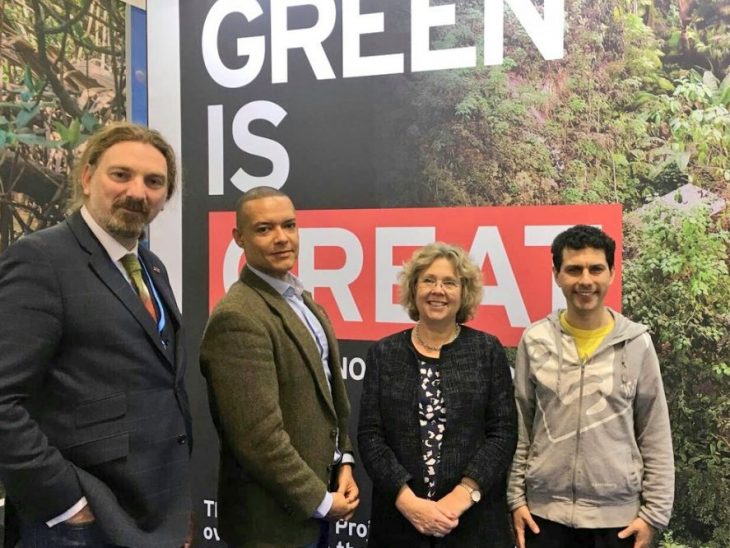 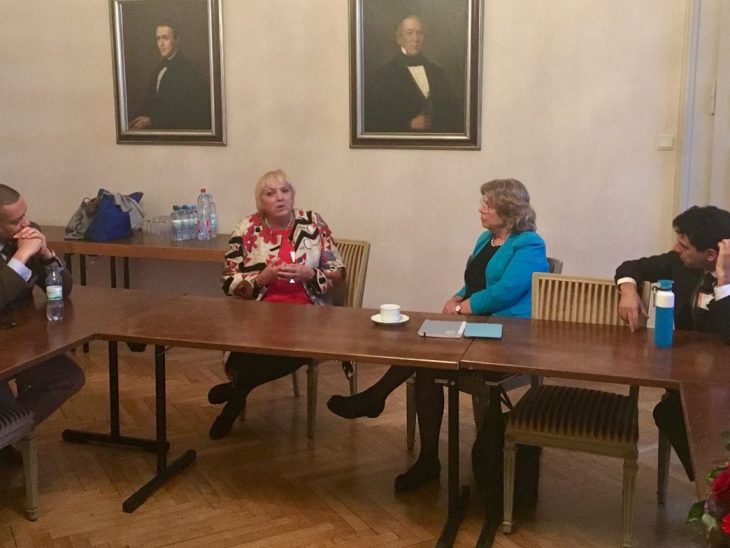 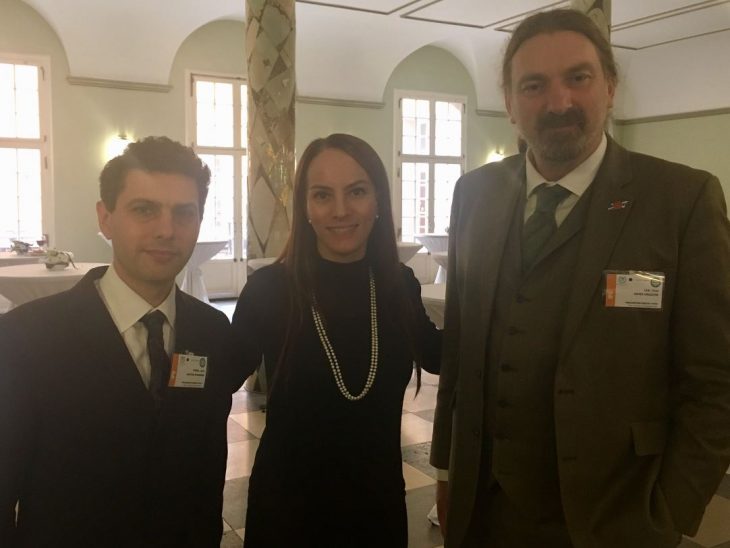 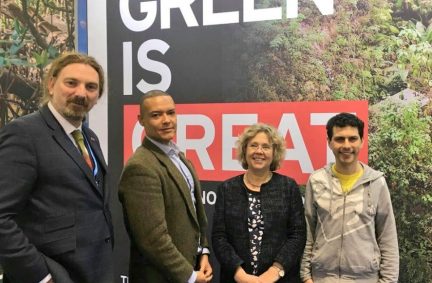 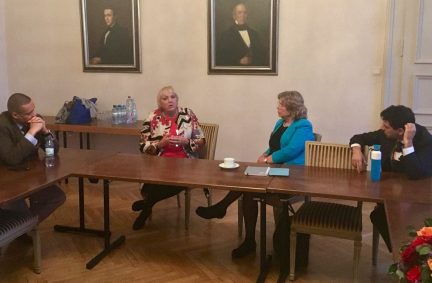 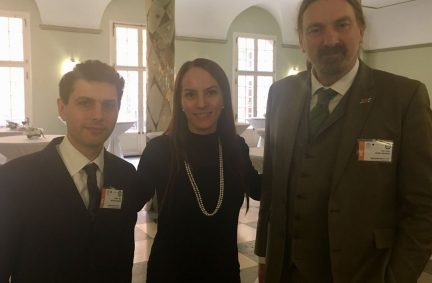 From 10th to 13th November I participated in a BGIPU delegation attending the IPU Meeting on the occasion of COP23 in Bonn, Germany, along with Clive Lewis MP (Labour), Alex Sobel MP and the Rt Hon Baroness Northover (Lib Dems). We were accompanied by BGIPU staff member Anja Richter.

Having attended previous IPU meetings during COP22 and the landmark COP 21 conference in Paris, Baroness Northover was the most experienced one of us, and while Alex Sobel MP had attended the Paris conference in a different capacity, Clive Lewis MP and I were new to COP. Over the 3 days that I attended the COP23 events in Bonn three points clearly emerged:

1. Since the announcement of US President Trump and his administration seeking to leave the Paris agreement, contrary to expectations it has galvanised all the other nations to work closer together in tackling climate change head on.

2. Based on the scientific evidence, we need to go faster and further in a much shorter window of time if we are to save the planet from irreversible climate change.

3. As a Scottish MP attending the talks it was very evident that Scotland, closely followed by the other parts of the United Kingdom, plays a leading role in climate action and is seen as the benchmark that all other nations should work towards.

Having arrived in Bonn on Friday evening, Clive and I headed to the Bonn Zone (the exhibition area our Embassy in Berlin kindly accredited us to) on Saturday morning, and visited various stalls and exhibitions from different nations and regions. We spent most of our time at the excellent UK pavilion, where several events were taking place. One of the seminars that I found the most memorable was by Climate Outreach, a non-profit organisation that specialises in climate communication which is evidence based, thought provoking and able to talk to audiences which include centre right, faith and youth groups.

The key lesson we learnt from this was that communicating climate change with traditionally resistant groups needs bespoke languages in order to create action. We also took part in experiments demonstrated by Kirsty Anderson from the Global CCS Institute which included creating bubbles in water through bars of chocolate. Other events we attended in the Bonn Zone included using virtual reality at the French Pavilion to see the impact of climate change on the Earth’s ocean’s by 2100, and one by the Nordic Group which involved Scandinavian countries discussing how they would move entirely to renewables. This was refreshing to hear and opened dialogue between the presenters and the listeners.

One of the most colourful and interesting pavilions was from Fiji, the hosts of COP23, because it showed the natural heritage as well as the impact of climate change on their fragile ecosystems. It even had Arnold Schwarzenegger dancing to traditional Fijian music.

Having been joined by Alex Sobel MP and Baroness Northover, we finished the day with a great briefing from the British Embassy team and a representative from the Department for Business, Energy and Industrial Strategy (BEIS), who had come straight from the negotiating table and shared some valuable insights with us.

Sunday was the day of the actual IPU meeting we had all been looking forward to, and most of the day was spent at the University of Bonn. The day started with opening remarks by the Prime Minister of Fiji and the Speaker, followed by a passionate speech by German Deputy Speaker (and co-host) Claudia Roth from the Green Party. Throughout the day we heard presentations form scientists including Dirk Messner, a German physicist from the German development Institute, highlighting that we are now at the tipping point of irreversible climate change, and Alina Averchenkov (Grantham Research Institute on Climate Change and the Environment at LSE), who presented a database for climate change-related laws having been passed around the world.

Lunch gave us the opportunity to network with the 200 parliamentarians from over 50 countries attending; I spoke to the Speaker of the Maldives who I had met on a previous occasion, and some of us also had the chance to talk to the new IPU President Gabriela Cuevas Barron. Attendees also included a US Senator and my impression that the Americans are committed to the Paris Agreement despite Trumps plans to exit in 4 years’ time was reinforced. In the afternoon there was sufficient time given to explore individual interests for each member in presenting views from their respective Parliaments.  At the conclusion of the conference, delegates adopted a very strong outcome document representing parliamentary perspectives on the main issues to be addressed by COP 23 in responding to the increasingly urgent need for climate action.

Starting very early on Monday with a briefing hosted by the World Future Council, initiated by former German MP Bärbel Höhn and aiming to bring together parliamentarians with an interest or background in renewable energy, we had another fantastic opportunity to meet representatives from all over the world and to make connections to take forward before we headed back to the UK.

It wouldn’t be an exaggeration to suggest that the weekend not only helped to inform us and forged new connections, but also to refocus our efforts as MPs to make sure climate change is much further up the agenda here in Westminster. 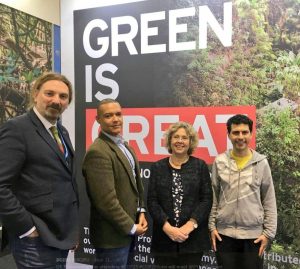 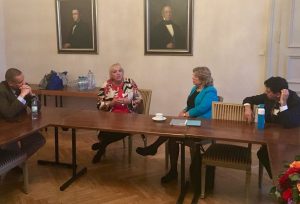 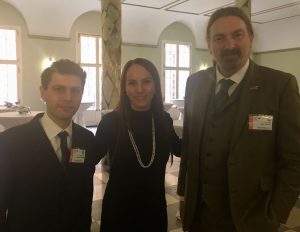