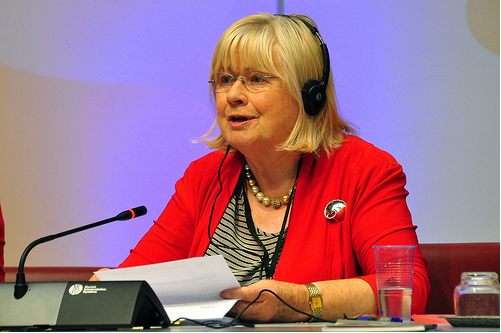 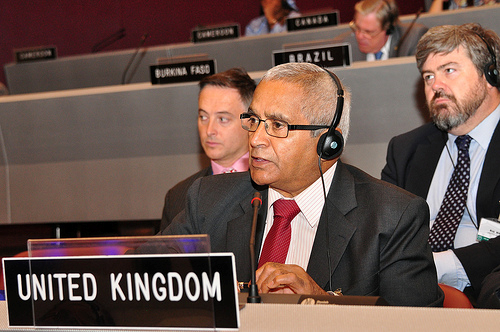 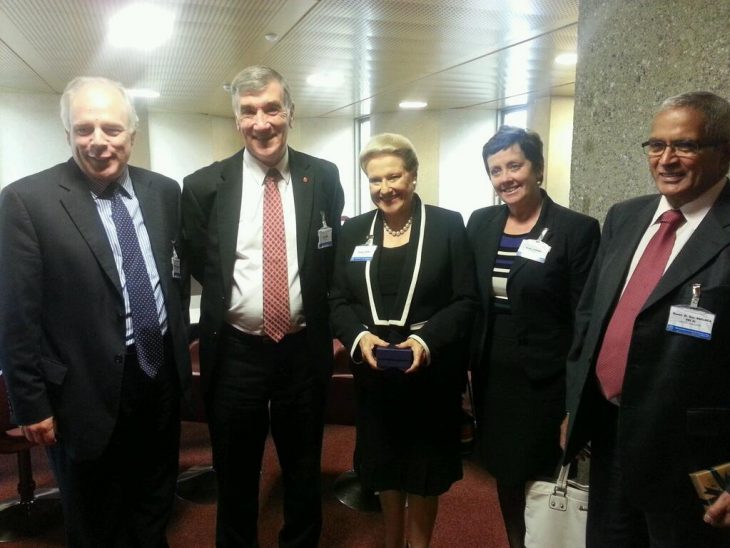 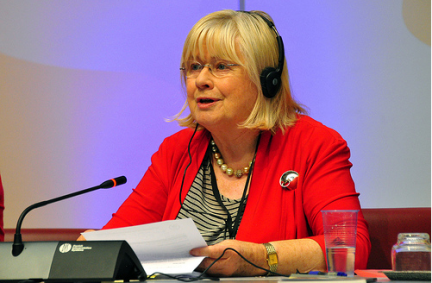 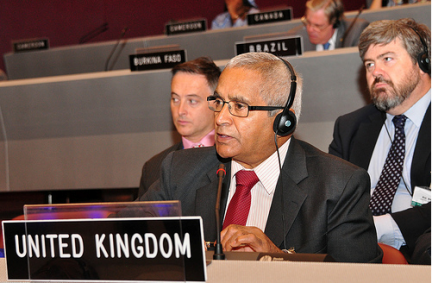 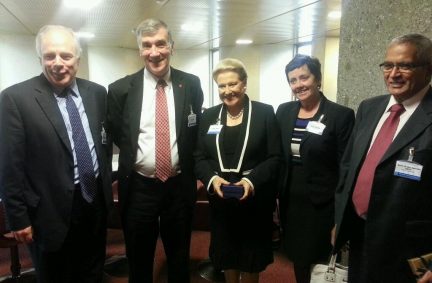 Full details of the Assembly, including its main outcomes, are available on the IPU website.

Members of the UK delegation played a very prominent role in the proceedings of the 129th Assembly. Delegation Leader and BGIPU Vice-Chair, Ann Clwyd MP, as acting Chair of the Committee on the Human Rights of Parliamentarians, presented the Committee’s decisions on 148 cases in 17 countries to the IPU Governing Council. The vital work of the Committee in addressing abuses against parliamentarians was highlighted in speeches by Tsedal Yohannes, the sister in law of a detained Eritrean MP Petros Salomon, and by Icelandic MP, Birgitta Jonsdottir, who outlined her case regarding infringement of digital privacy rights. Lord Judd, as President of the IPU Committee on Middle East Questions, chaired meetings of the group, including a joint session between Israeli and Palestinian representatives, and presented a report to the Governing Council on progress on the IPU’s efforts to facilitate deeper dialogue between legislators on both sides, including engaging on common issues such as youth, women and climate change.

Baroness Miller spoke as a panelist along with other international experts on the First Committee’s discussions on ‘Towards a nuclear-weapon-free world: The contribution of parliaments’ highlighting parliament’s important role to scrutinize policy and hold governments to account on disarmament obligations. Lord Dholakia spoke on the emergency item on the role of Parliaments in supervising the destruction of chemical weapons and the ban on their use. In particular, he took the opportunity to acknowledge statements by other delegations which had praised the vote in the UK House of Commons regarding the use of chemical weapons in Syria as a key example of how parliaments could play a decisive role in addressing major global challenges.

UK delegates also participated in the Second Committee on Sustainable Development, Finance and Trade discussions on ‘Towards risk-resilient development: Taking into consideration demographic trends and natural constraints’ and the Third Committee on Democracy and Human Rights: ‘The role of parliaments in protecting the rights of children, in particular unaccompanied migrant children, and in preventing their exploitation in situations of war and conflict’. They also attended sessions of the IPU Committee on United Nations Affairs of a range of international issues including ‘Interaction between national parliaments and UN country teams’, ‘Follow-up of the Fourth UN Conference on the Least Developed Countries’, ‘Implications of and action on the recently adopted Arms Trade Treaty’, ‘Implementing UN Security Council resolution 1540 (Non-proliferation of weapons of mass destruction)’ and ‘Promoting international commitments and defending the rights of vulnerable groups’.

In major statements, the UN High Commissioner for Human Rights, Navi Pillay, addressed IPU delegates on what more parliaments can do to promote and protect human rights, including praising the vital work of the IPU’s Committee on the Human Rights of Parliamentarians. In a debate on the humanitarian situation stemming from the Syria conflict, the UN High Commissioner for Refugees, Antonio Guterres, spoke to highlight the plight facing the world’s refugees, with a particular focus on the 2.1m Syrians forced to flee their country, the serious impacts on Syria’s neighbours and the need for global effort to alleviate the 21st century gravest humanitarian crisis. During the closing session, the IPU President, Abdelwahad Radi delivered a statement on behalf of the entire IPU membership condemning the recent Westgate terrorist attack in Kenya and appealing to national parliaments to ensure that counter-terrorism laws are in place and enforced.

The UK’s commitment and contribution to the IPU was also recognised through the election of the BGIPU Chairman, Mr Robert Walter MP, to the Executive Committee of the IPU for a four-year term to October 2017.  In the margins of the 129th IPU Assembly, the UK delegation held bilateral discussions on matters of common concern with the delegations of Turkey, Russia, Israel, Australia, Afghanistan, Ireland, Italy, Syria and Indonesia.

Parallel to the IPU Assembly, the UK also participated in the meeting of the Association of Secretaries General of Parliaments, constituted as a consultative body of the IPU, which discussed the law, procedure, practice and working methods of different Parliaments to improve those methods and enhance co-operation between Parliaments. 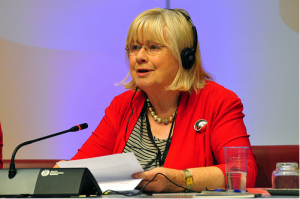 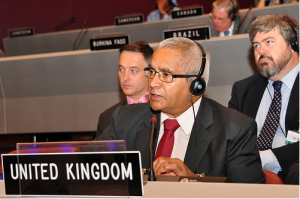 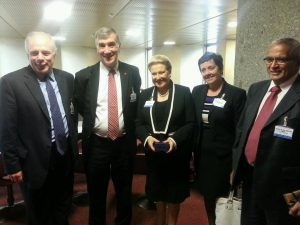