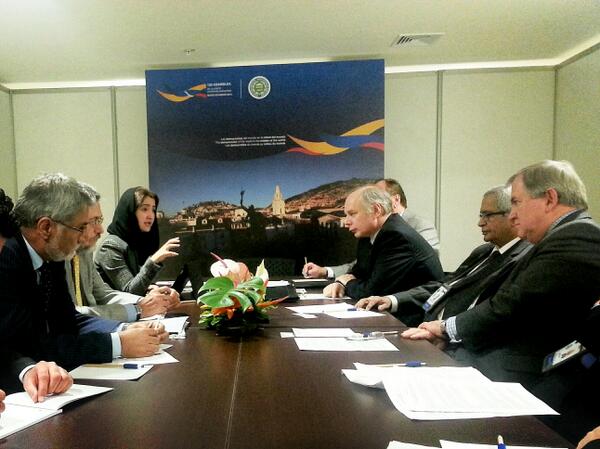 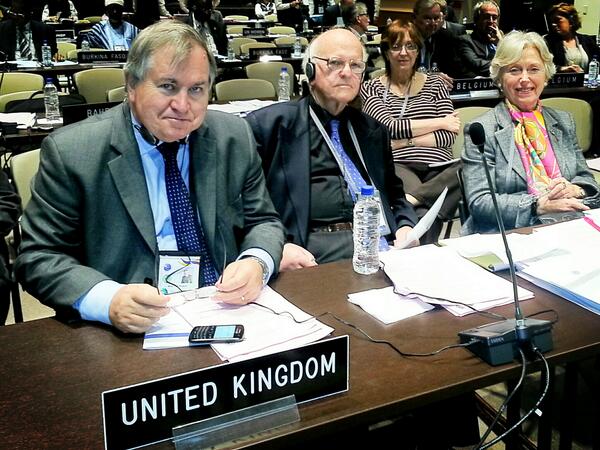 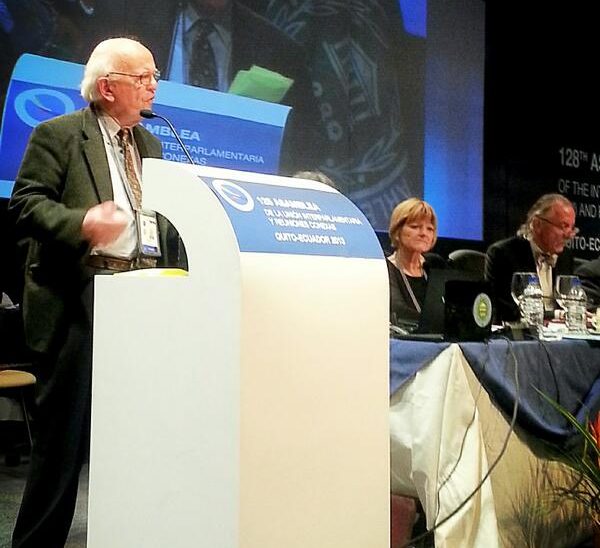 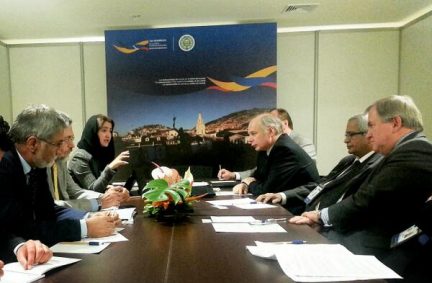 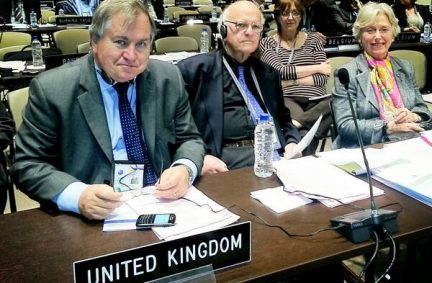 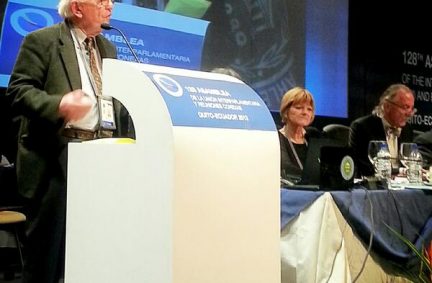 The UK delegation was led by the BGIPU Chairman, Robert Walter MP and included Lord Judd, Baroness Hooper, Lord Davies of Stamford, Rt Hon Lord Dholakia OBE DL, Ian Liddell-Grainger MP and Andrew Rosindell MP. The UK delegation was prominent and active throughout the Assembly, including as a member of the Emergency Item Drafting Committee, as moderators of panel discussions, in detailed Committee work and in a range of targeted bilateral exchanges.

The theme of the 6 day conference was “From unrelenting growth to purposeful development “Buen Vivir”: New approaches, new solutions”. The theme was chosen as a contribution to the global debate currently underway on the post 2015 development agenda and the future Sustainable Development Goals that will apply to both developed and developing countries. It was debated in the Plenary, including statements by keynote speakers and the heads of all delegations.

Based on these deliberations, the Assembly adopted on 27 March the Quito Communiqué which highlighted that participation, transparency and accountability constitute the core of democratic governance, which is an end in itself and an enabler of sustainable development. It noted there can be no true prosperity without respect for the universal values of democracy, the rule of law, and human rights and called for democratic governance to be a stand-alone goal among the new Sustainable Development Goals, as well as a dimension of other goals that will be part of the future development framework.

The Communiqué emphasised that it would be more important than ever before for parliaments to assert their legitimate place in the decision-making process at both national and international levels. It noted that the institution of parliament was pivotal to the entire architecture of democratic governance and needs to be strengthened virtually everywhere in the world, with greater oversight capacities and legislative authority. More specifically, IPU members agreed that parliaments would have to play a central role in the implementation of the future Sustainable Development Goals and this would include ensuring that development policies and plans are drawn up through participatory and inclusive processes and with regular progress reports submitted to parliament for review.

From the UK perspective, the delegation leader, Robert Walter MP, highlighted the leading role the UK plays in international development issues (read the full text of this speech here and the importance of advancing the results achieved by the Millennium Developments Goals (MDGs) even further through determining a broad-based new set of development goals for the post-2015 period. He endorsed the IPU’s efforts to make democratic governance a key foundation of any future internationally-agreed development goals, including specific recognition of the role parliaments have to play in development efforts. He also highlighted the importance of all governments engaging closely with the private sector, as a key driver of economic opportunity, and non-government organisations, to best engage civil society and vulnerable social groups, in pursuing development efforts.

The Assembly also adopted an Emergency Item proposed by Jordan, with strong support by the UK delegation and other Twelve Plus members, on the the role of parliaments in addressing the security and humanitarian impact of the crisis in Syria and in bringing pressure to bear on their governments to assume their international and humanitarian responsibility towards Syrian refugees and to support the neighbouring countries that receive them. This item was significant in demonstrating wide-ranging concern among IPU members for the plight of refugees and displaced peoples as a result of the Syria conflict and the immediate need for international assistance to the neighbouring countries dealing with the impacts, particularly Jordan, Turkey, Lebanon and Iraq.

In addition to participating in the Plenary, the UK delegation also met in bilateral discussions with members of delegations from the parliaments of Argentina, Afghanistan, Turkey, Japan, Egypt, Jordan and Syria to discuss key bilateral priorities, regional developments and cooperate in our work on key items before the Assembly. Efforts to engage with some delegations on the issue of sexual orientation rights were overshadowed by a divisive and bitter debate in Third Committee over the subjects for the 130th Assembly in which a number of states rejected New Zealand’s efforts to bring forward for consideration the issue of sexual orientation rights. Nevertheless, the BGIPU is committed to ensuring this issue remains on the IPU agenda, not least given it was already reflected in the main thematic outcomes of the 127th IPU Assembly in Quebec.

The UK delegation also participated in workshops, panel discussions and other debates concerning a wide range of issues. Lord Dholakia moderated a very successful panel discussion entitled “Legalization of drugs: Can it help curb organized crime?” and Ian Liddel-Grainger MP moderated a highly interactive and important panel discussion on addressing the rights of children with disabilities. In a key recognition of his leadership and commitment in recent IPU missions to Gaza and Israel, Lord Judd was elected Chair of the IPU’s Committee on Middle East Questions and his report and recommendations, including a strong call for dialogue among parliamentarians on both sides and enhanced IPU support for Palestinian parliamentarians, was unanimously endorsed by the 128th Assembly.

In addition to Assembly activities, the UK delegation co-hosted with the UK Embassy in Quito a very successful reception highlighting UK/Ecuador relations and the benefits of inter-parliamentary diplomacy and undertook a field visit to the British School in Quito. Particular tribute must be paid to the UK Ambassador, HE Patrick Mullee, and all Embassy staff for the success of these events and their excellent support for the UK delegation during their time in Quito. BGIPU also offer sincere thanks to our hosts in Ecuador, particularly the enthusiastic conference staff, representing the young people of Ecuador from many backgrounds, who made all delegations, including our own, so very much welcome in Quito.

More details of the Assembly can be found on the IPU website.
BGIPU 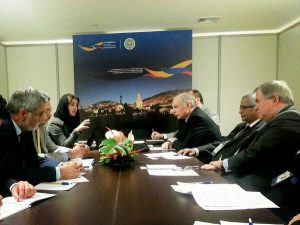 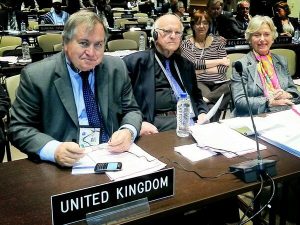 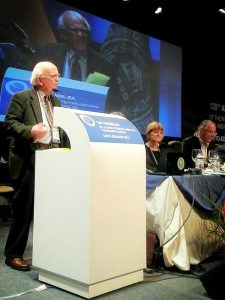