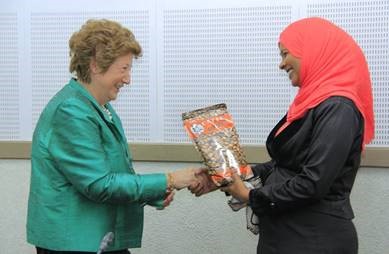 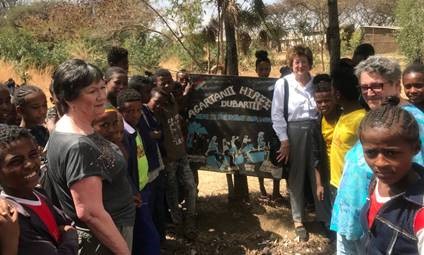 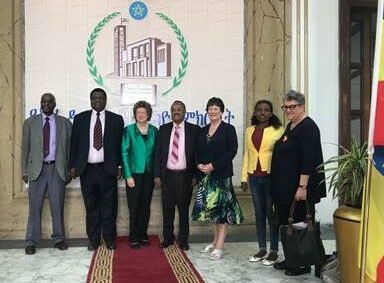 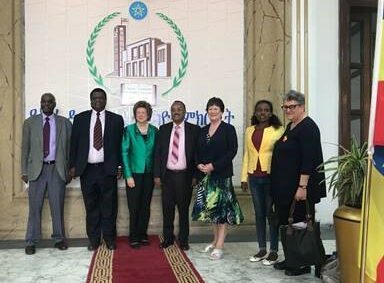 From 18 to 21 February, a BGIPU delegation visited Ethiopia as part of a scoping mission with the aim of boosting interparliamentary relations, including through inviting a parliamentary delegation from Ethiopia to visit London.  The delegation comprised Rt Hon Baroness Anelay DBE, Baroness Barker and Pauline Latham OBE MP and was supported by Lauren Tait (BGIPU) and Alastair Arnold (Head of Political Section, UK Embassy).

The UK has long been a trusted partner in Ethiopia and continues to be so. Ethiopia is undergoing a profound political transition set alongside economic and social transformation.  Prime Minister Abiy took office a year ago and has set a fast pace of reform. He declared the end of conflict with Eritrea. He appointed women to 50% of his Cabinet posts. Appointed the first ever female President. Appointed a woman as Speaker of the House of Federation. Put a woman at the head of the Supreme Court for the first time.

The Prime Minister is also working towards changing the decades long culture of government-controlled centralisation of service and infrastructure provision. Most political prisoners have been released. There is more media freedom than previously. The economy continues to grow. The proportion of the population living in poverty has reduced from 44% in 2000 to 23% last year assisted by Government using development aid alongside its own resources.The PM’s reforms are at pace in the light of the forthcoming elections in 2020. He has set 100-day delivery targets for government departments.

But Ethiopia remains a country with enormous development needs. It has high rates of youth unemployment, rural poverty, high rates of chronic childhood malnutrition [38%] and maternal mortality. That and FGM and early marriage lead to acute gender inequalities in a country where the culture has long been male-centric. There is deep-seated bias against women – and subsequent harassment and violence – in the country, which is near the bottom of the UN rankings on gender equality in sub-Saharan Africa. It faces the continuous challenge of being a federation in which there are approx. 78 different ethnic groups/nationalities with different spoken languages. Internal conflict is sporadic. Ethiopia has over 2 million IDPs and hosts over a million refugees from Eritrea, Somalia and South Sudan.

DFID’s annual budget is £300 million. That’s their highest in Africa and their second highest world-wide.  The UK’s development partnership plays an important role in our objective to see Ethiopia transform into a stable, industrialised, resilient, more inclusive country which is able to self-finance its way out of poverty and harness the potential of its young people. 40% of the population is under the age of 15.  Ethiopia is also important to the UK’s objective of improving the security of the whole region.

During its time in Addis Ababa the delegation had meetings with The State Minister of Foreign Affairs, the Chair and Members of the Foreign Affairs Standing Committee, the Speaker and Members of the House of Federation and the Head of Ethiopia’s Independent Human Rights Commission and his senior officials.  All meetings were very cordial and we were made aware of the importance of UK Aid and technical support. Our expertise is highly valued. We were asked what difference Brexit would make to the UK presence in Ethiopia. Baroness Anelay stated that we would continue to allocate 0.7% GNI to aid spending. [Subsequently the PM last week repeated the Government’s 0.7% GNI commitment.]

We were asked technical questions about how to strengthen their capability as Parliamentarians. WFD had recently visited and we understand that WFD does plan to offer training support. It was disappointing that the absence of the Speaker of the House of Representatives from Addis that week meant that our meeting with him could not go ahead, but our meeting with the Speaker of the House of Federation was fascinating.  The role of the HoF is to focus on the regions and nations, and they do so within the current context of economic development and liberalisation. Speaker Ibrahim and her colleagues from the HoF had prepared the following questions for us:

We answered to the best of our knowledge. We were impressed by Speaker Ibrahim and we think that she (and colleagues) should be included in any incoming delegation, and the programme for the visit should include sessions relevant to devolution settlements and funding.

The IHRC has issued reports on the impact of inter-ethnic conflict and made recommendations about compensation for loss of life and property; and recommendations about possible changes to the constitution. Their reports are made to Parliament, but there is no guarantee that they will be considered or representations made to the Government that they should be acted upon. It is clear that ‘human rights’ in Ethiopia are considered as a ‘community’ and not as an ‘individual’ matter.

We have also attach a report on a series of field visits and other reflections on the visit. 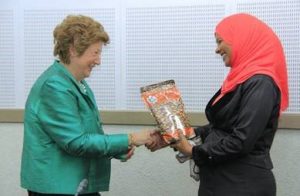 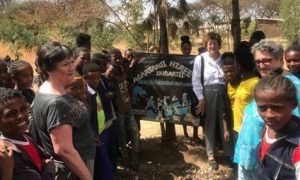 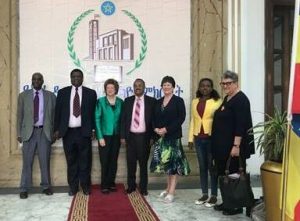