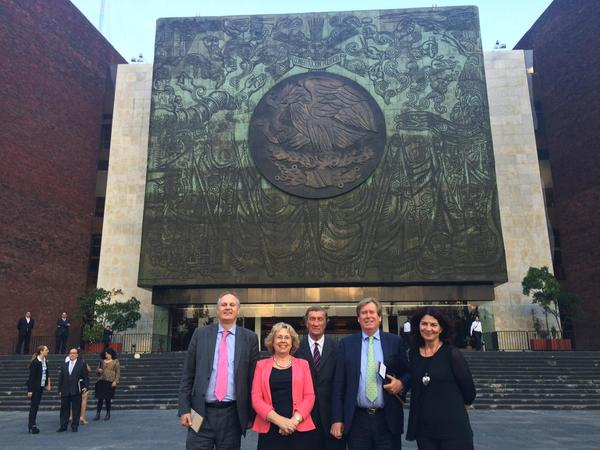 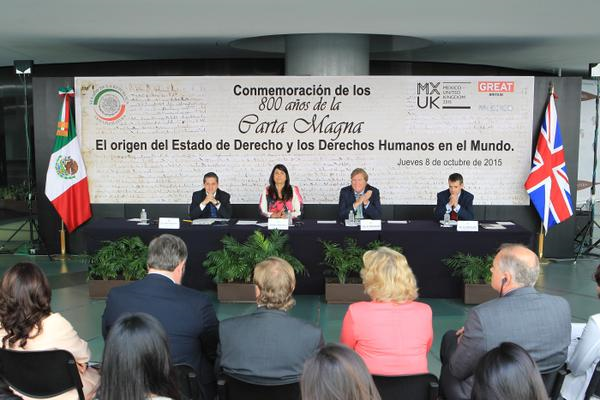 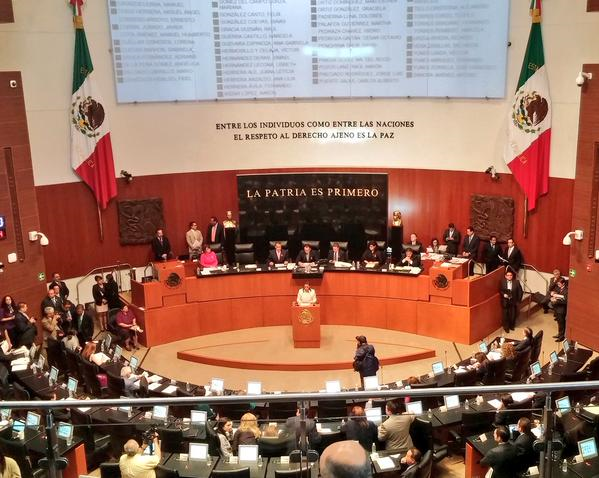 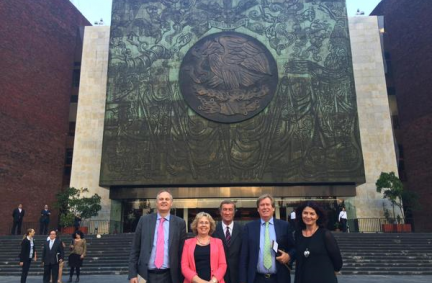 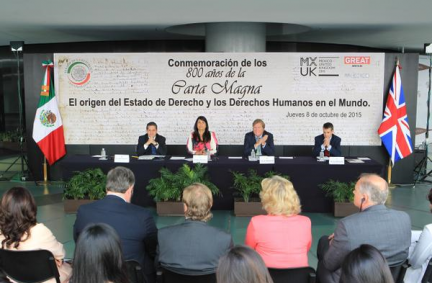 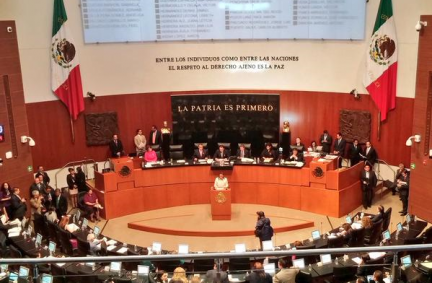 A six-member inter-parliamentary delegation led by Rt Hon Sir Simon Burns MP visited Mexico from 3-9 October 2015 to meet parliamentary counterparts in the Congreso General de los Estados Unidos Mexicanos (the Congress of the Union) and participated in events associated with the UK/Mexico 2015 dual year activities in close cooperation with the UK Embassy in Mexico City. The delegation also comprised Stewart Jackson MP, Diana Johnson MP, Graham Stuart MP, Baroness Northover and Lord Dykes.  The visit included wide-ranging exchanges with Mexican Senators, a meeting with party whips from the recently elected Chamber of Deputies, meetings with civil society and business leaders, a visit to Puebla State for a panel with university students and meetings with state officials led by Governor Moreno and a number of joint UK/Mexico cultural and trade events.

As leader of the delegation, I found that two things are striking when one first visits Mexico. The first is the strong bonds between the UK and Mexico, with the opportunities to work together on issues like climate change and to develop further trade links. Under the current President, there is a positive move to get Mexico more involved on the international stage particularly at the United Nations. They have recently agreed to become involved in peacekeeping missions and are anxious to work with the United Kingdom and other countries on climate change and trade. This potentially opens up strong possibilities for British companies to become more involved in the Mexican market through the work of UKTI.

The second is more complex and surprising. In a country which enjoys a democratic tradition, it is amazing just how dysfunctional the State actually is. In certain areas of the country the Government does not actually control its own territory – the control having been taken over by the drugs cartels which is reminiscent of the Wild West of the United States in the nineteenth century. Coupled with that there is the problem of a distinct lack of the rule of law throughout the country and endemic and systemic corruption, which pervades all areas of society. Corruption exists everywhere – from the traffic police to the judges and everyone seems to want their ‘cut’ in any decision that is taken. Impunity for corruption and even violent crime was widespread with anecdotal estimates that less than 5 percent of crimes are ever actually investigated and followed through to conviction.

In the discussions that we had with Mexican politicians there was a recognition of the problem and primary legislation has been passed to attempt to deal with the issue. Secondary legislation to flesh out the details of the measures is currently being discussed but there is a feeling that this well-meaning – and badly needed – reform will run into the sand because corruption is so ingrained in Mexican society.

The issue of impunity and the failure to uphold of the rule of law is equally difficult. The level of murders, disappearances and kidnappings is out of control and would not be tolerated in any other fully fledged democracy. The disappearance of 43 students last year is a case in point. These students were travelling to heckle at a political rally and the husband of the candidate holding the rally asked the local police to fix the problem. En route to the rally the students disappeared and still, over a year later, have not been accounted for. In Britain there would have been uproar if this had happened to just one student, let alone 43. In Mexico the response at the time by the Government was muted with virtually nothing being said – or worse – done. It is assumed that the 43 students are dead but there seems to be little interest by the Government in finding out what happened and bringing to justice those responsible for this crime. Rumours abound as to what happened to the students with the police, the army or the drug cartels all being held responsible, depending on who you talk to.

Every time the issue was brought up at our meetings there were words of sympathy for what had happened but a distinct lack of outrage or any urgency to investigate the crime. Sadly these crimes are happening on a regular basis all over Mexico and the Government – both at national and state level – seem impotent to tackle the issue successfully. Public opinion seems unable to shift the attitude of politicians which might, in part, be due to the fact that politicians serve a fixed term in Parliament and other democratic institutions. The upshot of this is that politicians’ first loyalty is to their party rather than their electorate and they can afford to ignore the wishes of the voters because they will not face re-election. This will change in 2018 for members of the Parliament because they will be able to seek re-election, which hopefully will make them more accountable to the electorate and more sensitive to the wishes and needs of the voters.

Surprisingly, given the problems it has in enforcing the rule of law and combatting the insidious power of the drug cartels, Mexico is a vibrant society but it has an uphill battle to overcome the massive challenges and problems that it faces. 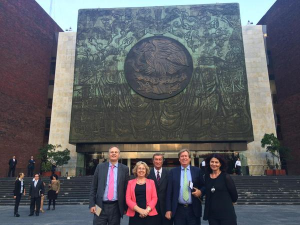 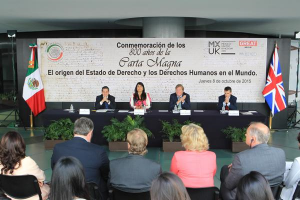 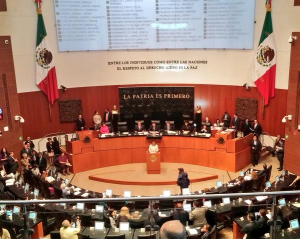