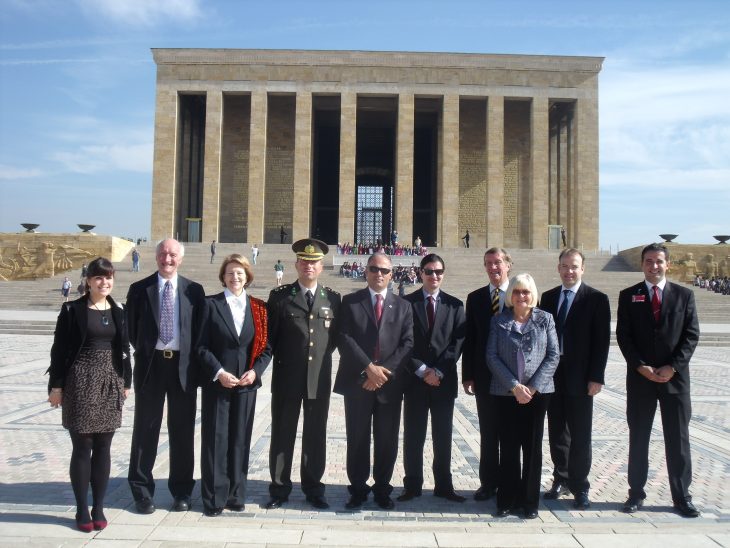 We had a series of deep discussions with senior Turkish MPs, representing the IPU, the Anglo-Turkish Friendship Group, and the leading political parties, as well as the Human Rights Commission, the EU Harmonisation Committee, and the Foreign Affairs Committee Chairman, Mr Murcan, and his colleagues.

We particularly appreciated the attentions of Fazilet D Ciglik and the other Turkish IPU representatives. We also had meetings with the Turkish Journalists Association and the British Chamber of Commerce.  In Istanbul, we had lengthy talks with Mr Kadir Topbas, the impressively fluent Mayor of Istanbul, and with the Turkish equivalent of the CBI, and the British Council, which is working hard to retain its traditional effectiveness after severe budget cuts.  We concluded the meetings with discussions with Mr Yasar Yakis, a former foreign minister in the governing party who is now Chair of the EU Committee.

The main themes in our discussions were:

The recent referendum result with a successful outcome for the Government PDJ party. This indicated strong public support for constitutional modernisation.  The long standing application to join the EU.  The Cyprus crisis and Turkish anxieties that the near east and wider west Asian area was being affected by some western policies.  Human rights problems in Turkey and the arrest of journalists. The Kurdish issue in Eastern Anatolia which sadly we did not have time to visit.  And infrastructure and environmental problems in big cities particularly excess traffic volumes which remain a big headache for the authorities.

Religious and cultural issues and the muslim dress code for women – as well as women’s’ rights more broadly – also constituted a big part of our session with our hosts.  We rapidly realised that we needed about three weeks minimum in such a deeply interesting and dynamic country – but that was not possible.

All our team members, I think, felt that Turkey should be a member of the EU and would be a terrific addition to the European family of nations, even if the negotiations were inevitably going to be long drawn out.  Some of our hosts graciously indicated that 2023 – the centenary of the modern republic and the Ataturk revolution – would be feasible if time was needed to close the many complicated Chapters.

Turkey also appeared to be keen to restore good relations with Israel after the spring crisis but were highly critical of the Israeli government for seeming to be incapable of making the necessary concessions to the long suffering Palestinians, to secure a proper state and peace.  Many of our hosts also felt that Iraq was now a broken country after the US-UK invasion, and that the West should heed Turkish experience and advice on dealing with Iran in a wise manner.

The key lessons of visits to such countries is the realisation by the West, especially America, that the world has many newly-emerging and dynamic political economies like Turkey with its very high growth rate, and other leading examples amongst the BRICS, whose advice and wisdom we should follow and cultivate.  There are many new leading states now – the USA is only one of them, as indeed is the EU collective membership. 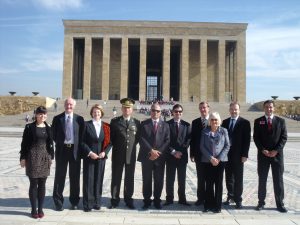