UK launch of Handbook on Disarmament for Security & Sustainable Development 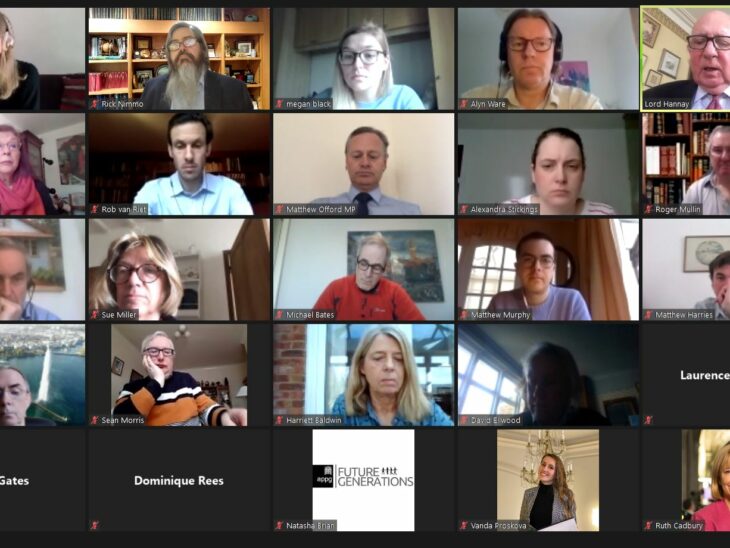 On 9th March, BGIPU co-hosted with Parliamentarians for Nuclear Non-Proliferation and Disarmament (PNND) and the APPG for Future Generations, the UK parliamentary launch of ‘Assuring our Common Future: Parliamentary Handbook on Disarmament for Security and Sustainable Development’. The meeting was chaired by BGIPU Vice-Chair, Rt Hon Baroness D’Souza and presentations were provided by Lord Hannay of Chiswick, Co-Chair of the APPG for Global Security and Non-Proliferation; Matthew Offord MP, Chair of the APPG on Explosive Threats; and Alyn Ware, PNND Global Director.

The parliamentary handbook, formally launched by the IPU in November 2020, was written by PNND with contributions from the IPU and other organisations, is aimed at assisting legislators from around the world and across the political spectrum to engage with the disarmament issues highlighted by the UN Secretary-General, Antonio Guterres in his report ‘Securing our Common Future’. As well as providing a wealth of background information, the handbook outlines a set of practical measures, recommendations and examples of effective policies and parliamentary actions.

Lord Hannay drew upon the handbook’s chapter on nuclear disarmament and non-proliferation, noting the House of Lords International Relations and Defence Committee’s work on the issue and emphasising the necessary continuation of such parliamentary scrutiny. He outlined responsibilities nuclear states such as the UK have in the multilateral disarmament process and indicated possible future opportunities for reviving international interest in nuclear disarmament.

Matthew Offord MP followed with a presentation relating to the handbook’s chapter ‘Disarmament That Saves Lives’, during which he discussed the importance of the regulation of explosive weapons in populated areas and the need for more countries to ratify the relevant treaties and honour their commitments. Alyn Ware closed the presentation section of the event with an overview of the contents of the handbook and an explanation of how parliamentarians can use it to inform their engagement in disarmament issues.

The event highlighted the important role that parliamentarians have to play in making progress on disarmament issues, both in terms of contributing to the vital debate driving forward multilateral disarmament efforts and in exercising scrutiny over national governments’ security policies and holding them to international commitments.

Furthermore, the productive discussion between parliamentarians from different chambers and parties demonstrated the huge value of open debate and mutual respect in enabling effective policy engagement on issue where there are diverse and often conflicting views across the UK political spectrum. 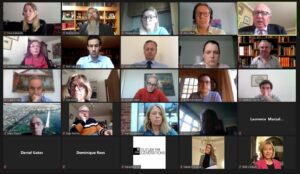