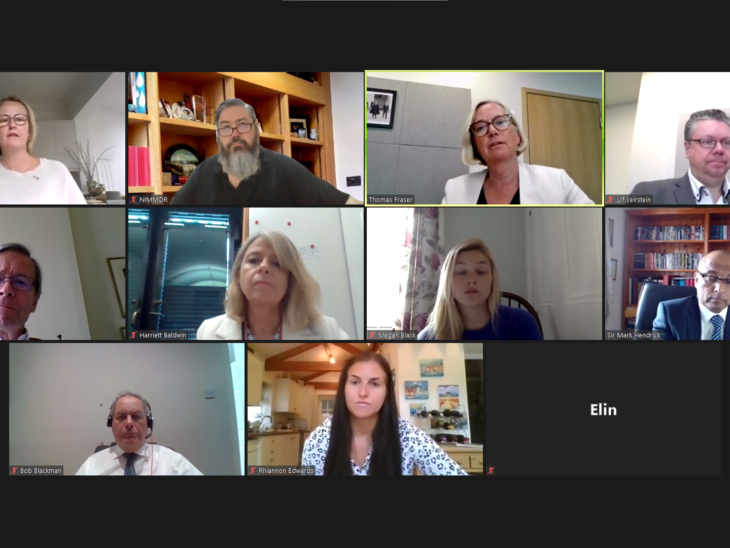 On 18 June BGIPU convened a bilateral meeting between UK and Norwegian Parliamentarians in a virtual format. The discussion was moderated by BGIPU Chair Harriett Baldwin MP and the Chair of the Norway APPG, Sir Mark Hendrick MP, and they were joined by Bob Blackman MP and Lord Mountevans. The Norwegian IPU Delegation Leader Ulf Lierstein, was joined by delegation member, Marit Arnstad. The Norwegian delegation welcomed this initiative by BGIPU and said we should endeavour to meet more often by such means in the future now such virtual meetings had been made relatively routine.

Initial discussions compared our respective delegation on key IPU matters including future IPU meetings and the importance of the IPU Presential elections proceeding later this year. The recent nomination by Portugal of the 12 Plus Chair, Duarte Pacheco, was also welcomed with both delegations confirming they would want to see the full field of candidates before making any decisions on which candidacy to support.

The key topic for discussion was national responses to the Covid-19 pandemic. Marit Arnstad confirmed Norway had gone into full lock down on 12 March and that there had been good cooperation between the Prime Minister and leaders of political parties. UK members were interested to hear how impacts compared county-to-country but Ms Arnstad cautioned it seemed too early to draw many conclusions given the markedly different population compositions of countries. The Norwegian delegates said they started testing early, which was particularly efficient in testing workers in care homes to stop the spread there. Bob Blackman MP raised relevant concerns about avoiding a second wave of infections and re-opening the economy and the key importance of striking an effective balance between the two. Both sides agreed that there were key social issues exacerbated by lockdown, particularly loneliness for the elderly and shielded individuals.

There was also agreement that maintaining dialogue between countries on how they managed the challenges of COVID-19 and the importance of a coordinated international response, including more regular virtual meetings between counterparts. Sir Mark Hendrick MP raised the importance of global efforts to find a COVID-19 vaccine, with all parties agreeing it was important for global cooperation to ensure equal opportunity for all countries, particularly developing ones, to access vaccines when proven effective. There was also discussion on the importance of the “Black Lives Matter” movement in the wake of the tragic murder of George Floyd in the US recognising the proven disproportionate impact of COVID-19 on the BAME community in the UK. Norwegian counterparts saying the impacts on various groups, including minority ethnic groups, were being analysed to find any patterns of disproportionate impact of the pandemic.

The meeting finished with Ulf Lierstein recalling very memorable and constructive programme when his delegation visited UK as guests of BGIPU in January 2018. He confirmed the Norwegian IPU Group wished to invite UK parliamentarians on a return visit when travel conditions allowed. The BGIPU confirmed that Norway was top of our priority list once inter-parliamentary travel was resumed, hopefully later this year or early in 2021. 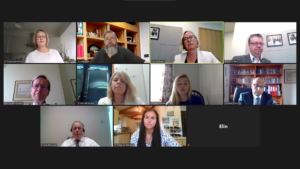