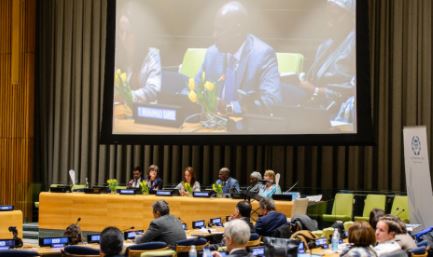 The latest resolution on the interaction between the United Nations, parliaments and the IPU has just been adopted by the United Nations General Assembly. The resolution, co-sponsored by 76 UN Member States, reaffirms the commitment of all parties to continue to bridge the implementation gap between international commitments and national laws and budgets.

The resolution recognizes the important role played by the IPU and parliaments in the response to the COVID-19 pandemic. It particularly notes the work of the IPU to promote universal health coverage and address public health emergencies. It also calls for relevant bodies of the United Nations to work with the IPU in this regard.

This is the latest of a long series of resolutions to guide interaction between the IPU, parliaments and the UN since 1995. The resolutions provide the UN system and the IPU with a framework to include a parliamentary component to major UN processes. This in turn ensures that parliamentarians, and the people they represent, are heard at the United Nations. It also helps to strengthen the role of parliaments in international negotiations.

The 2020 resolution recognizes the IPU’s work on various issues, including democracy and the rule of law, human rights, gender equality and youth empowerment. It calls for closer cooperation between the UN and the IPU to advance the Sustainable Development Goals, as they have been set further behind by the COVID-19 crisis. It underscores the importance for UN country teams to develop a more structured way of working with national parliaments through the IPU.

Find out more about cooperation between the IPU and the United Nations here. 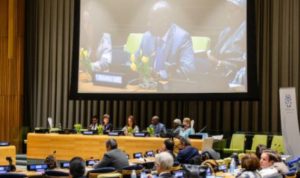