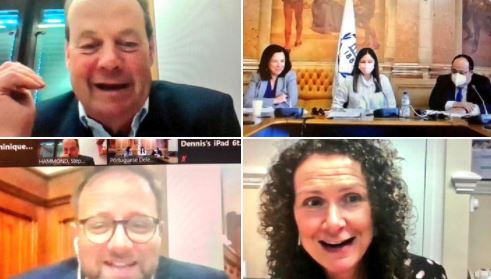 On 29 April, BGIPU hosted a virtual bilateral meeting between parliamentarians from the UK and Portugal was chaired by Portugal APPG Chair, Stephen Hammond MP,

The meeting began with Portuguese and British delegates providing details of their respective upcoming elections. Members of the UK delegation noted the importance of the Scottish Parliament, Welsh Assembly, and local government elections which will take place across the UK in the next week. The level of voter turnout is expected to be impacted by pandemic concerns, as are voting preferences. The Portuguese delegates echoed the difficulties surrounding holding elections during a pandemic and explained that they have plans in place to extend the period ballots are open in their September local elections to ensure that citizens have enough time to vote. Despite the difficult second waves of Covid-19 infections experienced by Portugal and the UK, both countries spoke positively about the recent reduction in cases and current easing of restrictions. Portuguese delegates noted the importance of a favourable tourism environment, both in terms of safety but also in vaccination passports.

Members also discussed their mutual ambitions for a successful COP26 in November. They agreed that a strong and coordinated global approach is required to tackle climate change. Portugal emphasised that Europe intends to be a global leader in terms of climate action and hopes that their social model will encourage other countries to make equally ambitious commitments to achieve a green recovery.

UK and Portuguese parliamentarians were grateful for the opportunity to discuss topics of mutual interest and build upon the bilateral relationship which is a high priority being the UK’s oldest alliance established 635 years ago in 1386. All delegates expressed a desire to eventually meet in person, but until then they will maintain regular dialogue through future virtual meetings. 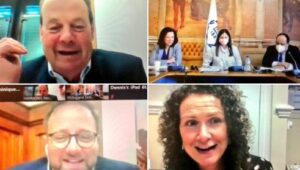 On 29 April, BGIPU hosted a virtual bilateral meeting between parliamentarians from the UK and Portugal was chaired by Portugal APPG Chair, Stephen Hammond MP,