Home » Activity Reports » Virtual exchange with Sweden underscores, as ever, the value of bilateral dialogue

Virtual exchange with Sweden underscores, as ever, the value of bilateral dialogue 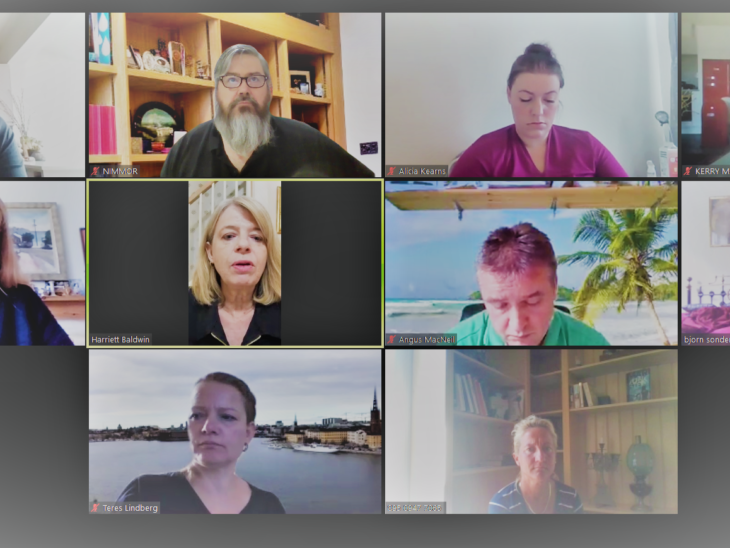 Discussions centred around national and international efforts to address the COVID-19 pandemic and, in particular, parliamentary responses. Differing public health policies and strategies in the United Kingdom and Sweden were discussed allowing MPs on both sides to compare both countries responses, particularly regarding social distancing and lockdown provisions. Moreover, UK parliamentarians were particularly interested in learning about the changes made to the Swedish parliament to allow it to maintain its key democratic functions despite the varied impacts of the current pandemic and outlined how UK Parliament procedures were also adapting to these new challenges. Members recognised certain similar characteristics in how particular groups, including the care home population and members of specific ethnic communities had suffered disproportionately in both countries and discussed how responses in the future could address the needs of some of the most vulnerable sections of our societies.

IPU issues were also discussed and members stressed the importance of ongoing dialogue while many of the IPU’s key events are cancelled or postponed this year, including the 142nd Assembly which was unable to be held in Geneva in March. The important role which UK members saw being played by our 12 Plus representatives on the Executive Committee, including now the Chair of the Swedish Group, Cecilia Widegren MP, elected just last October was noted in this regard. Virtual meetings of the IPU’s Executive Committee and, as necessary, other committees and bodies, were recognised as the best means to ensure the IPU could continue to function effectively in the period ahead while such disruptions continued.

Through this exchange, Members reiterated their commitment to continue our bilateral dialogue, noting the long-standing interests and common perspectives of the UK and Sweden on so many issues, and look forward to a time when face-to-face exchanges will again be possible in the future. Members concluded that by whatever means we come together, such exchanges will always allow us to better appreciate and understand counterparts across the globe which adds significant value and insight to our work.