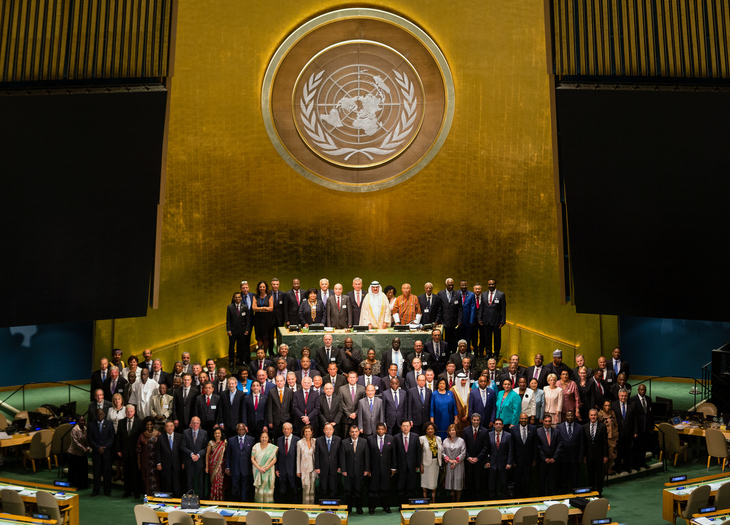 At the 4th World Conference of the Speakers of Parliament, Parliamentary leaders from nearly 140 countries participated in a three-day global summit in New York in late August/early September 2015.

As announced by the IPU Secretariat in Geneva, the first part of the Fifth World Conference of Speakers of Parliament will take place virtually on 19 and 20 August 2020, organized by the IPU in partnership with the Parliament of Austria and the United Nations. Over 150 Speakers of parliament have been invited to join other parliamentarians, experts and United Nations representatives to mobilize the international parliamentary community to take action on the health, climate and economic crises facing the people and planet.

Originally planned to take place in Vienna, Austria, under the overall theme of Parliamentary leadership for more effective multilateralism that delivers peace and sustainable development for the people and planet, the physical conference has been postponed to 2021 due to the COVID-19 pandemic. This year, instead, the Speakers will meet virtually to discuss parliamentary responses to the pandemic as well as themes including global governance, sustainable economies and the climate emergency.

“We currently face some of the greatest challenges ever witnessed by humanity. As parliamentarians, we have a responsibility to make this planet a better place for the people that we represent, particularly for women and youth,” said Ms. Gabriela Cuevas, IPU President. “We are the ones who can stop climate change; we can build more inclusive and green economies; we can be fierce advocates for gender equality; and we can ensure that we take the steps needed to overcome COVID-19 decisively, while upholding democratic values and human rights. In the face of these challenges, we must also defend multilateralism and translate international commitments into national and local realities. I am certain that 46,552 parliamentarians can achieve the deep and lasting changes that are desperately needed by millions around the world.”

“The coronavirus pandemic is a test for our societies and parliamentary democracies. In this context, many democracies have had to make tough decisions,” said Mr. Wolfgang Sobotka, President of the National Council of Austria. “One of the key lessons of the pandemic is that parliaments must remain the linchpin of crisis management. They contribute to strengthening democratic values by cooperating internationally under the umbrella of the IPU. The Fifth World Conference of Speakers of Parliament will take place in a virtual format this year. However, virtual meetings can never replace in-person encounters and exchange. The Austrian Parliament is thus looking forward to welcoming Speakers from around the planet in 2021 in Vienna.”

The conference will also include a special virtual event on countering terrorism and violent extremism on the eve of International Day of Remembrance and Tribute to the Victims of Terrorism on 21 August.

This 13th edition of the Summit will discuss action needed to step up gender equality, building on the 25th anniversary of the Beijing Declaration and Platform for Action. It will focus specifically on priority areas where bold action is needed particularly as a result of the pandemic: climate change, women’s economic empowerment, and preventing violence against women and girls.

The World Conference of Speakers of Parliament takes place every five years. Organized in cooperation with the United Nations, its objective is to reinforce the parliamentary dimension of global governance. 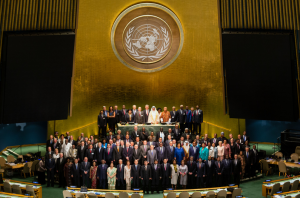 At the 4th World Conference of the Speakers of Parliament, Parliamentary leaders from nearly 140 countries participated in a three-day global summit in New York in late August/early September 2015.