Visit hopes to boost improving relations between UK and Serbia 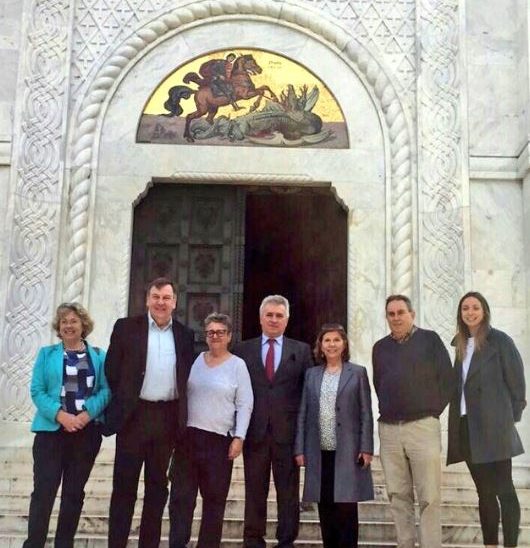 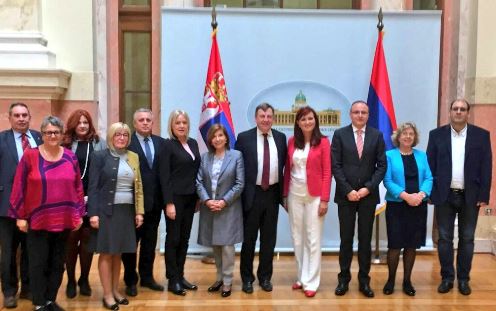 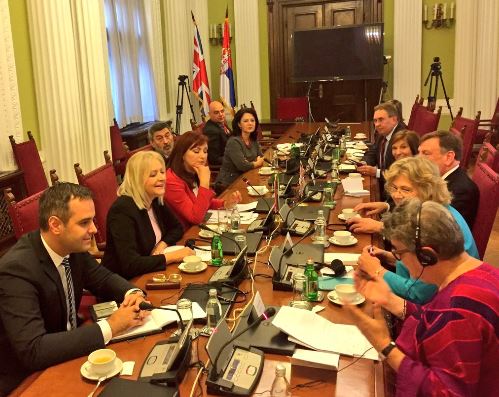 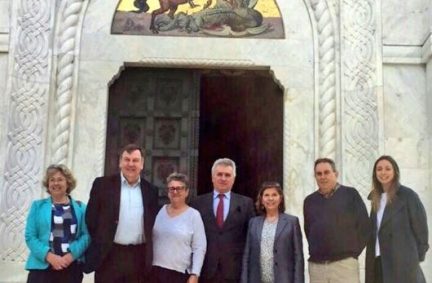 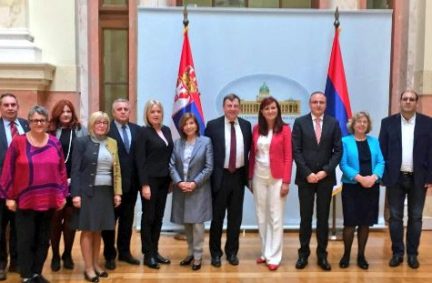 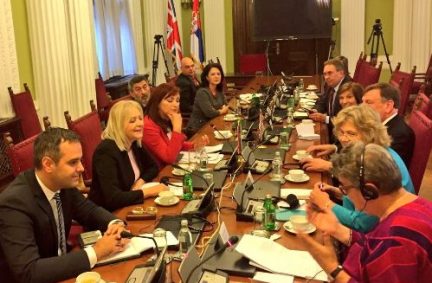 I was very pleased to lead an outward delegation of the British Group IPU to Serbia from 1st to 6th October. As well as myself, the delegation comprised Baroness D’Souza (Cross-bench), David Drew MP (Labour, Shadow Agriculture Spokesman), Baroness Northover (Liberal Democrat) and Baroness Barker (Liberal Democrat). We were superbly assisted by Lauren Tait of the IPU staff and by the Ambassador and staff of the British Embassy in Belgrade.

The delegation enjoyed outstanding hospitality from our Serbian hosts and met a wide range of members of the National Assembly. There is a considerable warmth towards the UK in Serbia due to our historic ties and we attended two events with the Ambassador, one to mark 180 years of Diplomatic Relations and the other to mark the publication of “The Forgotten Admiral”, containing extracts from the diary of Sir Ernest Troubridge who is credited with helping to save Belgrade in the First World War.

The major topic underlying almost all our discussions was the declared ambition of Serbia to join the European Union. The president of the Commission had just announced a target date of 2025 for Serbian accession but we were told by the Speaker that Serbia would be ready by 2020. Despite this, it became clear that there are considerable obstacles.

The first unresolved matter is the status of Kosovo. All of those we met were clear that Kosovo was a part of Serbia and that this could not be changed. However, they also recognised that this would need to be addressed before Serbia could join the EU and frequent reference was made to the internal dialogue recently launched by President Vucic. Despite this, there was little sign of how this could be resolved.

Although the majority of Parties in the National Assembly support EU membership, this is not the case among the ordinary citizens of Serbia with opinion polls showing support of less than 50 per cent. There was also an affection for, and affinity with Russia, which was expressed clearly in our meeting with the Deputy Prime Minister and Foreign Minister, Mr Ivica Dacic. He suggested that Serbia was positioned between Russia and the EU, politically as well as geographically and the economic ties to Russia, particularly in energy are strong. There is also continuing resentment over the bombing of Belgrade by NATO in 1999.

A further obstacle towards EU membership is the lack of progress in the areas of Parliamentary democracy, media freedom and human rights. The electoral system under which each party draws up its own list of candidates gives the Parties total control of their members and prevents independents from being elected. We were also told by Opposition members that they had very little opportunity either to speak in the Assembly or to appear on the Media. Our visit to the Regulatory Authority for Electronic Media confirmed that the rules were set by the Government and that there was no practical requirement for impartiality or balance.

We held two meetings with journalists, all of whom said that there was little media freedom. We were also told of harassment and intimidation of journalists which was often ignored by the authorities. As a result of these tactics, self-censorship by journalists is widespread. In our meeting with some NGOS, we heard Serbia was probably scoring just three marks out of ten for overall human rights compliance with fears the situation was getting worse.

During our visit, we also held meetings with Ministers for Education, Agriculture and Environment. It is clear that the economic potential particularly in agriculture is immense. We also had an enjoyable visit to Topola where we saw the Mausoleum of the Serbian Royal family and the Royal Winery as well as to the local Primary school. A visit to Madam Butterfly at the National Theatre was also arranged. The history, landscape, culture and cuisine all confirmed the potential for Tourism to Serbia which we discussed with the National Tourism Organisation.

There is no doubt of the genuine wish of Serbia to improve its relations with the UK and I hope that our visit will contribute to this. In particular, we look forward to the Western Balkans Summit which is being held in London next year and which demonstrates Britain’s continuing commitment to helping achieve greater stability in the region. 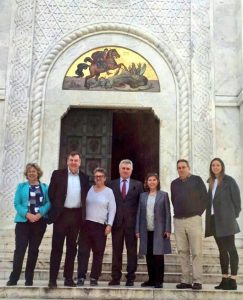 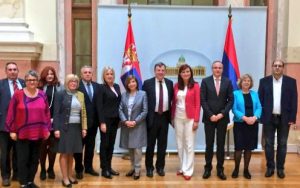 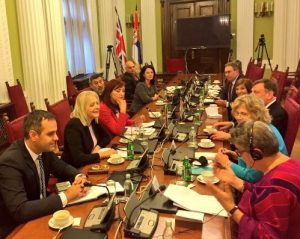