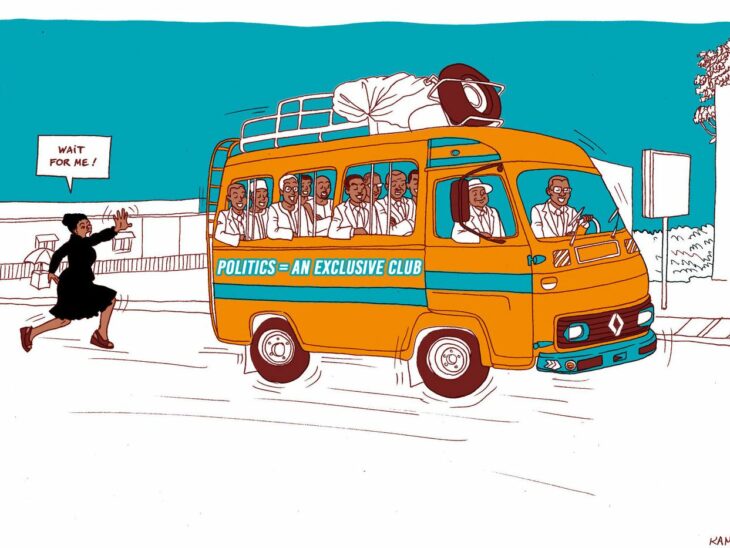 A new study by the IPU and the African Parliamentary Union (APU) launched on 23 November 2021 shows that sexism, harassment and violence against women are ubiquitous in parliaments across Africa.

This is the second in a series of IPU regional studies, following a 2018 report on European parliaments.

.     80 per cent of the women parliamentarians interviewed have experienced psychological violence in parliament

.     67 per cent have been subject to sexist behaviour or remarks

.     42 per cent have received death threats, rape threats, or threats of beating or abduction, usually online

.     Women report that the majority of abuse stems from male parliamentarians, especially those from rival parties

.     Women parliamentarians living with disabilities, women under 40, unmarried women and women from minority groups face a higher incidence of violence

.     Most parliaments don’t have a mechanism to enable women to safely speak out

An epidemic of sexism

The IPU/APU study is based on confidential interviews with 224 women working in 50 African countries and one subregional parliamentary assembly.

This report confirms many of the results of the IPU’s initial landmark 2016 global study, which revealed for the first time a high level of gender-based violence across all parliaments.

IPU President Duarte Pacheco said: “The conclusions reveal an insidious epidemic of sexism in parliaments in Africa. Sexism against women threatens parliaments as it deters young women from entering politics. In particular, young women who aspire to change the world through politics are at risk of becoming disheartened. We need those young women in parliament for the sake of strong and representative democratic institutions.”

APU President Mohamed Ali Houmed said: “There should be zero tolerance for any form of violence against women in parliaments. It is the responsibility of our institutions and all parliamentarians, both men and women, to take urgent action to become more gender sensitive.”

IPU Vice-President Adji Diarra Mergane Kanouté said: “This study shines a light on a sad reality which we must transform into an immediate call to action. Parliaments must be a safe space for women and men, and especially younger women. We must condemn all forms of violence against women in parliament, and work together, men and women, in partnership to put in place the mechanisms to help women to speak out.”

The previous IPU studies, together with the new African study, show that women MPs all over the world suffer similar levels of harassment and sexism.

When it comes to parliamentary staff, the prevalence is even higher, with 46 per cent of the sample experiencing sexual violence compared with 41 per cent in Europe.

The study suggests that this can be partly explained by the political, social, cultural and religious contexts in which women parliamentarians live in Africa. For example, according to the Armed Conflict Location and Event Data Project, since 2018, Africa has had the highest number of conflict-related incidents of sexual violence.

Male MPs are the primary perpetrators

The survey shows that male parliamentary colleagues are the primary perpetrators of all forms of violence affecting women who work in parliaments in Africa.

The study also reveals that 45 percent of female parliamentary staff who were interviewed have experienced sexual harassment at work.

69 per cent have experienced psychological violence, and 18 per cent have received requests for sexual favours from parliamentary colleagues.

Parliaments are not always safe spaces

Most of the sexism, harassment or violence disclosed in this study took place on the premises of parliament itself.

Online attacks are also common but lower than in Europe (58 per cent of participants in the European study compared with 46 per cent in Africa). This can probably be partly attributed to greater disparities in women’s access to the internet between the two regions.

Parliaments can make a difference

The report also contains practical measures on how parliaments can eradicate sexism and violence against women in parliaments.

These actions include putting in place internal parliamentary policies to combat sexism; establishing confidential spaces where victims can get advice; creating mechanisms for receiving and processing complaints that are independent, secure and fair; and training all people present in parliament on identifying and eliminating gender-based discrimination and violence.

To underscore these measures, the report cites positive progress in several African parliaments:

.     The Parliament of Sierra Leone’s gender policy for public servants has been in place since 2019 and contains a broad definition of sexual harassment in the workplace that encompasses inappropriate behaviour.

.     In South Africa, the parliament put in place a sexual harassment policy in 2006 that applies to all parliamentary employees and assistants. 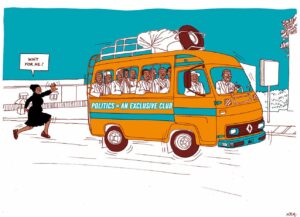