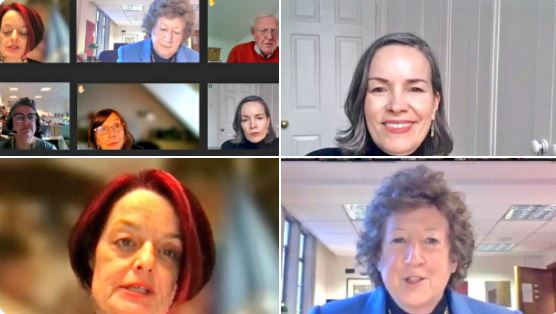 BGIPU co-hosted with the World Food Programme (WFP) a virtual briefing on the situation in Ukraine focussed on the global implications of food insecurity and the humanitarian crisis.

BGIPU co-hosted with the World Food Programme (WFP) a virtual briefing on the situation in Ukraine on 22nd March 2022. The discussion focussed on key operational challenges faced by the WFP, the global implications of food insecurity and the humanitarian crisis. The meeting was chaired by Baroness Barker and Baroness Anelay. The WFP UK Director, Elisabeth Faure, and WFP Regional Director for the Middle East and North Africa, who is overseeing WFP’s response, Corinne Fleischer, gave briefings to the parliamentarians who attended.

With 30 percent of Ukraine’s population in need of lifesaving assistance, WFP has launched a massive emergency operation to bring large supplies of food for civilians trapped in major cities and to assist others impacted by the war. The repercussions of the invasion of Ukraine will be felt well beyond its borders as Ukraine and Russia account for 30 percent of global wheat exports, aggravating hunger in some of the world’s worst hunger crises. The MENA region, which imports large quantities of food, is particularly vulnerable.

World Food Programme’s Regional Director, Corinne Fleischer, spoke at length about the logistics of the WFP response to the crisis and how they were mobilising resources to tackle the humanitarian emergency despite the very dangerous circumstances. Supply chain routes are being increasingly disrupted while humanitarian corridors are being constrained by ongoing hostilities. Fleischer highlighted the vicious cycle and the importance of acting urgently by explaining that “conflict causes famine and famine causes conflict”.

BGIPU would like to thank Elisabeth Faure and Corinne Fleischer for speaking to UK parliamentarians. The work that WFP is doing is hugely important to ensure that desperate people have food to eat. It is a particularly grim and worrying situation which will have harrowing global ramifications. BGIPU would also like to thank everyone for attending this event. We intend to continue to work with WFP to organise further briefings on the subject of food insecurity. 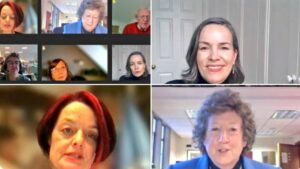 BGIPU co-hosted with the World Food Programme (WFP) a virtual briefing on the situation in Ukraine focussed on the global implications of food insecurity and the humanitarian crisis.