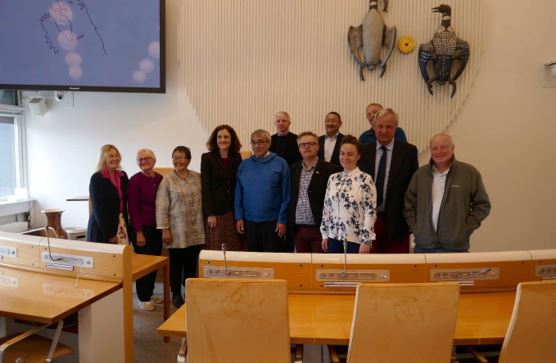 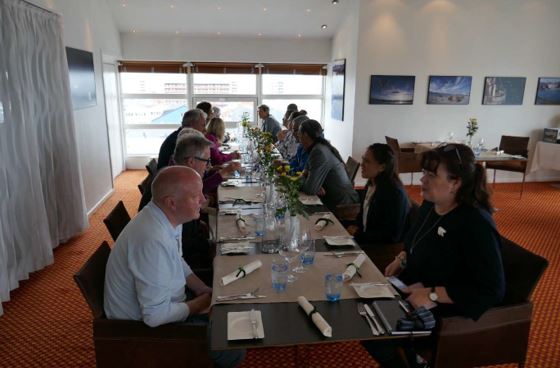 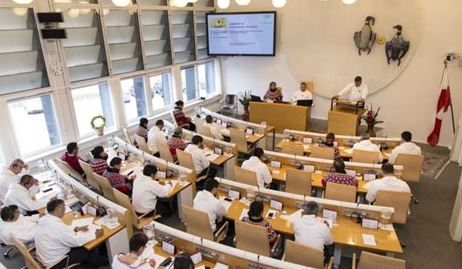 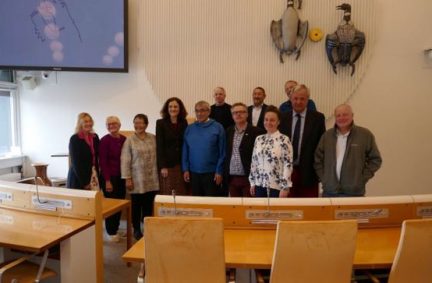 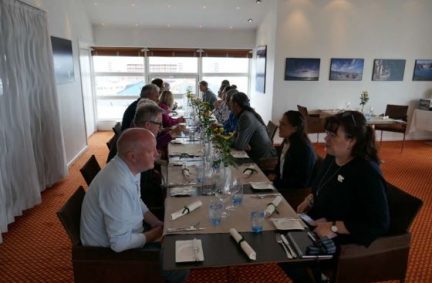 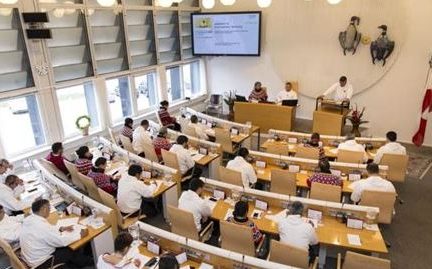 From 23 August to 31 August 2018, the APPG for the Polar Regions visited Greenland to begin a dialogue with “Inatsisartut” (the Greenlandic Parliament) and “Naalakkersuisut” (the Government of Greenland), and learn more about the opportunities and challenges facing Greenland at a time of rapid environmental, geopolitical and economic change. On the delegation were James Gray MP (Conservative, and Chairman of the APPG for the Polar Regions), Stephen Hepburn MP (Labour), John Mann MP (Labour), Mark Menzies MP (Conservative), Brendan O’Hara MP (Scottish National Party), the Rt Hon Baroness Neville-Jones (Conservative), Baroness Smith of Newnham (Liberal Democrats) and the Rt Hon Theresa Villiers MP (Conservatives).

The visit was administered by Dr Duncan Depledge from the APPG for the Polar Regions, with the support of Hans Enoksen (Speaker of Inatsisartut) and the office of the Presidium of Inatsisartut in Greenland, the Arctic Affairs team at the Danish Ministry of Foreign Affairs in Copenhagen, and HE Dominic Schroeder and his team at the British Embassy in Copenhagen. In addition to the generous support provided by the BGIPU, the visit was also supported financially by the Prince Albert II of Monaco Foundation, the Mamont Foundation, WWF UK, and a personal contribution from each member of the delegation.

The group undertook an extensive programme of meetings with a wide variety of stakeholders in Greenland.
In Kangerlussuaq, the group met British scientists from Loughborough University and the University of Sheffield to learn more about Britain’s important scientific work in the Arctic. Professor Joanna Bullard from Loughborough University introduced the group to the Kangerlussuaq International Science Support (KISS) station, which is used as a base from which to study Greenland by researchers from the UK and around the world. The future of KISS is in doubt as Greenland debates whether to open new airports in Nuuk and Ilulissat, which would effectively diminish Kangerlussuaq’s role as Greenland’s international hub, and make it harder for scientists to get there.

In Nuuk, the group met with Major General Kim Jesper Jorgensen, Commanding General of Denmark’s Joint Arctic Command, which is headquartered in the area. There the group learned about the operational challenges (such a lack of infrastructure and assets) facing the Danish military as it tries to safeguard Greenland’s security, the agreement that grants the United States the right in perpetuity to establish ‘defence areas’ in Greenland, and the Danish military’s concerns about recent Russian and Chinese activity in the Arctic.

Lunch was hosted by Hans Enoksen, Speaker of Inatsisartut and members of the Presidium (a body which serves as the public representative of Inatisisartut), all of whom are elected members of Inatsisartut (four of Greenland’s seven parties were represented). During discussions with the Speaker and the Presidium, several issues came to the fore. The first was Greenland’s concern about Brexit’s implications for its future trading relationship with Britain (centred on fish and fish products, which currently make up most of Greenland’s economy). The second was that while Greenland is largely united in its pursuit of independence, it is divided over how quickly it should happen. This has spilled over into disputes over what sort of infrastructure Greenland needs to build, the extent to which it should develop an economy based on minerals, and how much tourism to allow. The third was that the Greenlandic way of life (especially hunting) is under threat from climate change and less predictable weather. We also heard how many people in Greenland, having rejected Denmark, are looking to Iceland as a model for what Greenland should look like in the future.

The group was then taken for a tour of the Inatsisartut building and chamber, and then on to Hans Egede’s House, one of the oldest buildings in Greenland. There the group met senior officials from the Greenlandic Government representing the Ministries of Foreign Affairs, Independence and Mineral Resources. The Government officials told us that there had been a great deal more international interest in Greenland in recent years, including very high-level visits from the US, China, the European Union and the United Nations (the UK was notably absent from this list). They expressed concern about the loss of the UK Overseas Territories from the EU’s Overseas Countries and Territories Association after Brexit, having developed a close working relationship with them. They also provided information about the major mining developments that are currently being explored or developed in Greenland (ruby, sapphire, anorthosite, iron, zinc, nickel, rare earth metals and uranium).

While in Nuuk, the group also held meetings with WWF Nuuk (to discuss polar bear numbers, fisheries management and the so-called ‘Last Ice Area’ north of Greenland, which has started to break up much sooner than expected due to Arctic warming) and representatives of the Greenland Business Association and Sermersooq Business Council (to discuss the challenges facing businesses in Greenlandic, which revolve around the need to develop more human capital and attract foreign investment). Before leaving, the group visited Kangeq, a settlement which Greenlanders were forced to abandon by the Danish government in the 1960s as part of an effort to consolidate the provision of social and health services in larger settlements – an act which helped spark Greenlandic demands for independence.

Last, the group travelled north to Ilulissat. There the group saw first-hand how tourism is being used to prevent other small settlements from having the same fate as Kangeq. In Ilimanaq, a town where the population has fallen from 200 to 50 in recent years, luxury lodges have been built to try to bring more money into the settlement. The risk, however, is that these small settlements end up becoming inhabited museums rather than vibrant local communities. The group also spent a night at the Danish-run Arctic Station in Qeqertarsuaq on Disko Island. The Arctic Station hosts scientists from around the world including the UK. In Qeqertarsuaq, we learned how cruise ships are arriving more regularly but contributing very little to the local economy (not least because there are no license fees to pay for visiting Greenlandic waters).

The group left Greenland with a wealth of new knowledge about the opportunities and challenges facing a country seeking to break-free of geographical, economic and geopolitical constraints. At first glance, one might wonder what there is in Greenland for the UK. After all, Greenland is populated by just 57,000 people and remains reliant on a bloc grant from Denmark to fund much of its governance and financial structures. However, as Greenlanders try to build their nation into a fully-functioning state, they are looking to escape Denmark’s influence. The UK is an obvious ally for Greenland, as a market for fish, as well as a source of tourists, and of investment and expertise for infrastructure and mining projects. English is already beginning to displace Danish as Greenland’s second language, and there could be a future role for British schools and universities in Greenlandic education.

There is then plenty more for us to discuss with our Greenlandic colleagues, and we hope that our visit will be the beginning of a dialogue between the UK and Greenland about our future relationship. A few days ago, Greenland opened its fourth foreign outpost in Iceland (following those in Copenhagen, Brussels and Washington, D.C.). Perhaps the UK should host the fifth? 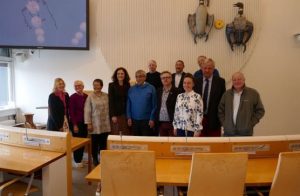 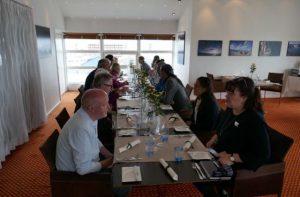 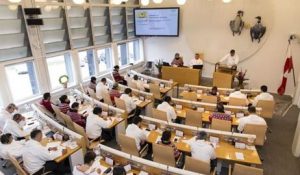