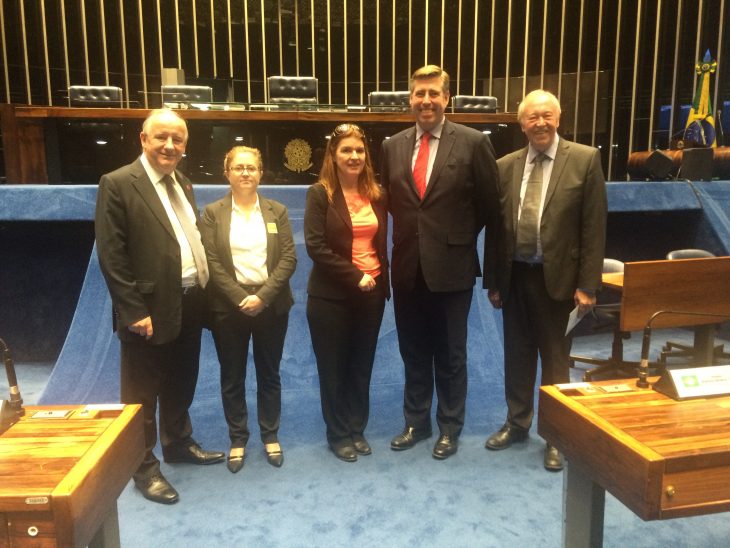 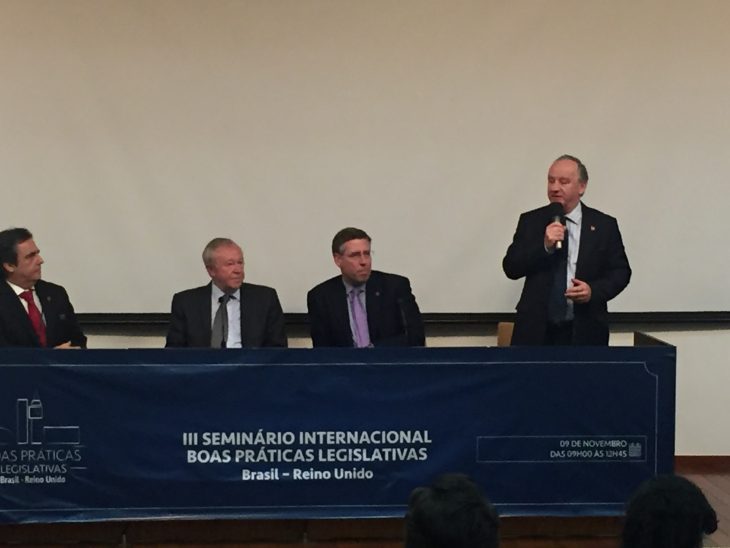 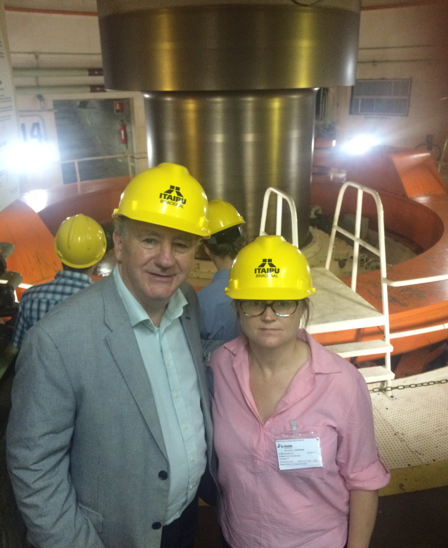 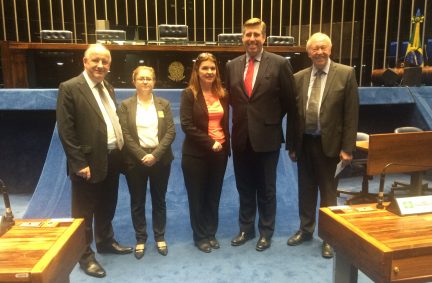 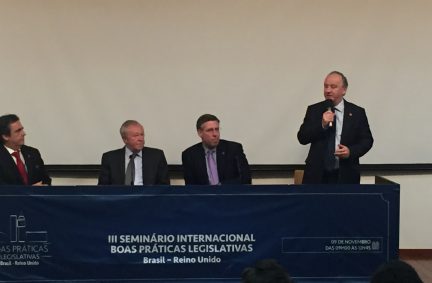 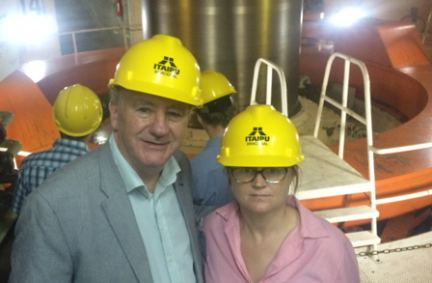 It is clear that Brazil is going through an uncertain time. The last President, Dilma Rousseff, was impeached and replaced by Michel Temer, a former Vice President. The feeling is that Ms Rousseff was impeached on the grounds of lack of competency and delivery, rather than for corruption as such.

The Group held meetings with the Chief Advisor of Bilateral Co-operation, Diego Blanc, followed by the State Under-Secretary for International Relations at the Governor’s Palace, Pedro Spadale. We heard about the recent election of Marcelo Crivella, who is an evangelical bishop of the Universal Church of the Kingdom of God, as Mayor of Rio. It seems he was elected on a tide of opposition against the Workers’ Party, which recently lost its own Dima Rousseff as the country’s President.

We then held a meeting with the Igarape Institute for Human Rights, an NGO based in Rio which describes themselves as “a think and do tank”. We learnt about some of the financial and economic issues facing many people, as a result of a wide divide between rich and poor in the country, and also the crime situation, which meetings in Rio tended to focus on. The country has a large number of murders each year and a large prison population. Much of the crime is fuelled by the drugs trade.

While in Rio, we took the opportunity of visiting the statute of Christ the Redeemer, though the weather was so bad it was difficult to see much. Some of the party (those who dared) also took a cable car up Sugar Loaf Mountain, where the limited vision was also a problem  We then travelled on to the Iguazu Falls, which, I think we all agreed, was outstandingly spectacular. It surely ranks as one of the most amazing sights in the world, and is a must-do visit. It’s in the middle of a large national park, which is very well kept and a major tourist attraction.

After this visit, we visited the Itaipu Plant, the damn which produces so much electricity for neighbouring Paraguay and Brazil itself. In fact, in one day, we were in Brazil, Paraguay and Argentina without the need for travel papers or passports – it’s just the arrangement they have at that particular point.

The dam was enormous and is very well run. It was financed partly by the Brazilian government and also private capital, and they are looking forward to the time when the loans are paid off and they begin to benefit from profits on the electricity they generate.

After this visit, we attended the local Itaipu Technology Park, where we saw some interesting engineering projects, including energy storage, which we think is partly funded by the UK.  We then travelled to Brasilia where we started with a briefing from the Charge d’Affaires, Mr Wasim Mir, who gave us more details on the political situation in the country.

Our next meeting in Brasilia was with the President of the Foreign Affairs Committee of the senate, Senator Aloysio Nunes Ferreira. Senator Nunes has an interesting background, but is seen as a very important person in Brazilian politics. We then held a meeting with Deputy Darcisio Perondi, before having tours of the senate and the chamber of deputies, the former which was in session and the chairman kindly recognised our presence.

We then held further meetings with Deputy Luiz Carlos Hauly, before visiting the Presidential Palace to meet with the President’s Special Advisor, Rodrigo Rocha Loures, who was a very engaging person to meet. He told us about the need to reform Brazil’s enormously generous pension system as well as the economy generally.

On the final day, we attended and spoke at a seminar relating to Best Practices in Parliament, set up by the British Embassy in Brasilia. We had an interesting exchange of views on issues such as lobbying and Brexit!

The final official function involved lunch with the head of DfID, Indranil Chakrabarti, and some speakers from the seminar. DfID doesn’t actually spend any money on projects in Brazil, but does work with the Brazilians on projects in Africa.

It was a very interesting visit, and we should like to thank all those involved in organising the trip, especially Maria, Jonathan and Wasim from the British Embassy, as well as BGIPU for sponsoring the trip.  We hope that Brazilian counterparts will visit us in the near future. 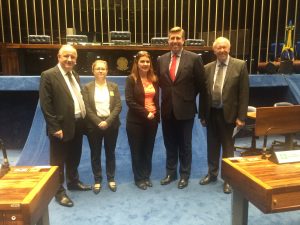 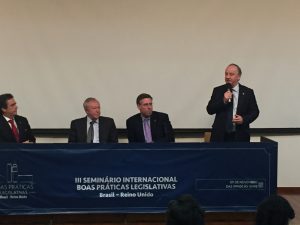 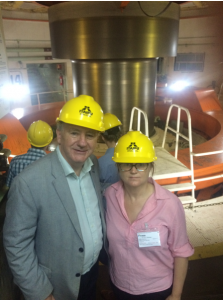