Key role for the UK to play in Sudan’s future 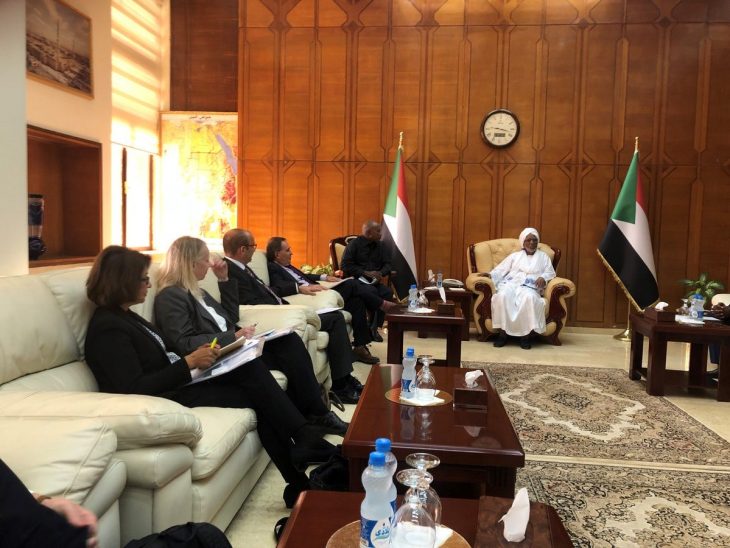 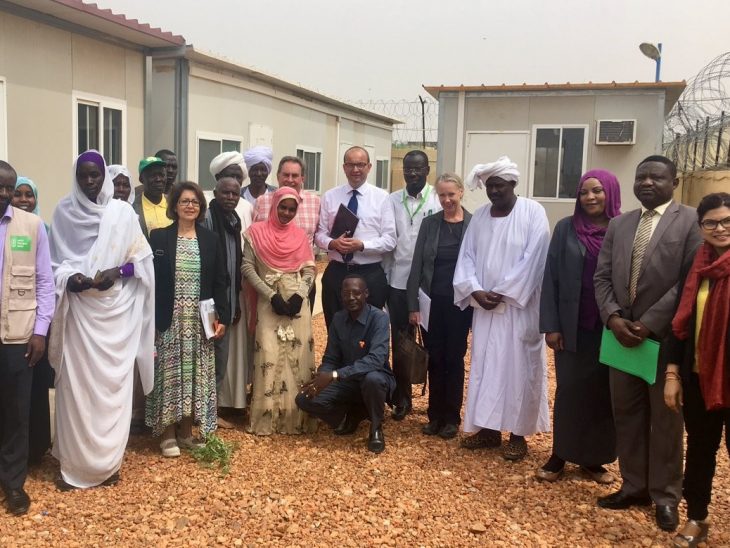 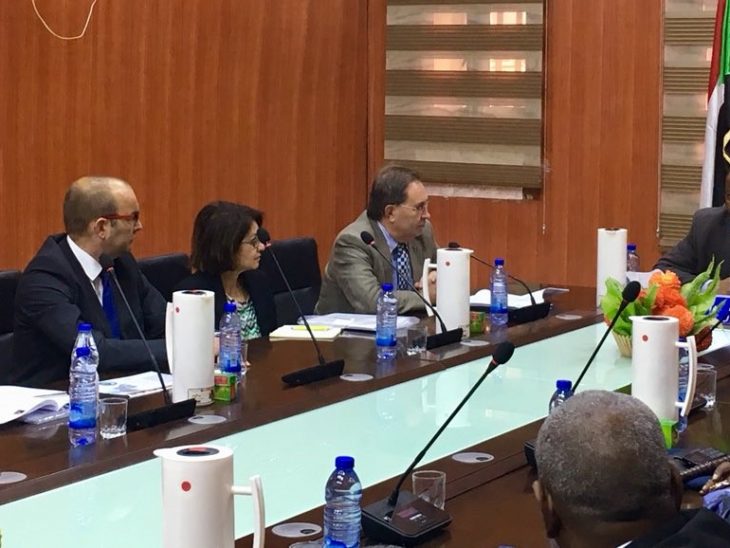 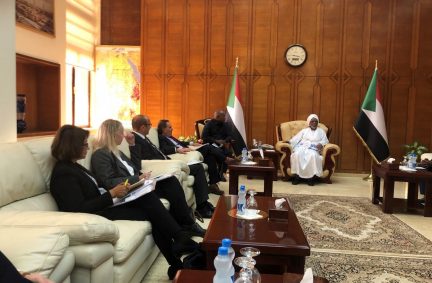 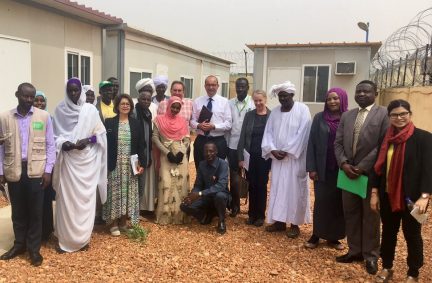 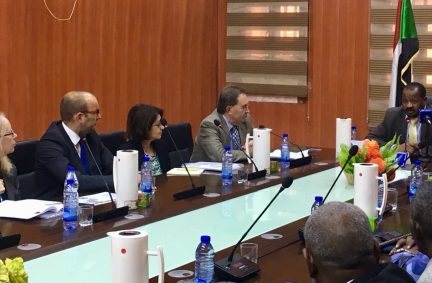 Between 16 and 20 September, a delegation of parliamentarians visited Sudan as part of a delegation coordinated by the APPG for Sudan and South Sudan. The delegation, which I led, was made up of Labour MP Liz McInnes MP, Conservative MP James Duddridge and Liberal Democrat Peer Baroness Sheehan.  It was the first delegation of parliamentarians to visit Sudan in 6 years and my first in almost a decade, during which time the region has witnessed the creation of the world’s newest country, South Sudan, in 2011.

The UK Embassy in Khartoum, in the midst of strengthening its engagement with its Sudanese counterpart through the UK-Sudan Strategic Dialogue initiated in March 2016, welcomed the visit and gave vital technical and material support throughout. The Sudanese parliament, embodied by the enthusiasm and knowledge of MP Hayat Abdelrahim Adam, also contributed essential logistical support.

The aim of the trip was to renew the unique and enduring relationship between the UK and Sudan, and reiterate our commitment to peace and prosperity for the Sudanese people. To that end, we met with Sudanese people in Government, parliament and civil society to get a full picture of what it’s like to live in Sudan today.

The first day was spent getting a sense of the political landscape in Sudan. We headed to the parliament to meet with the Speaker, the Foreign, Interior and Investment Ministers, and the Health, Social Affairs and Foreign Affairs Select Committees. Back at the Ambassador’s residence, we met with the Sudan Call group, the umbrella opposition alliance which brings together the armed and unarmed opposition groups and independent civil society. We ended the day with a dinner with Ambassadors from the US, the EU and China.

It’s impossible to cover the complexities of Sudanese politics in one day, but our first day in Khartoum came fairly close. Although painting a widely different picture of Sudan, these voices agreed on one issue – that the impact of US sanctions is still being felt today.

Although many of the sanctions were lifted in October last year, Sudan remains on the list of State Sponsors of Terrorism. This prevents the Government of Sudan from accessing the necessary funds from multilateral financial institutions to reform the Sudanese economy by, for example, floating the Sudanese pound in foreign exchange markets. The impact of this, paired with decades of economic mismanagement by the Government, leave many in Sudan unable to afford basic goods due to inflation rates at over 50%, poor infrastructure and weak job prospects for young Sudanese people.

The next morning, we headed to Darfur to meet with local Government officials, IDPs, community leaders and representatives from the UN/African Union Mission in Darfur (UNAMID). We saw that although the conflict in Darfur has certainly changed since the dark days of the early 2000s, instability and insecurity remain.

After the visit we warned in the Sudanese media that rapid withdrawal of UNAMID as determined by the UN Security Council last year, could jeopardise the progress made in the region and remove support for humanitarian organisations delivering life-saving aid.

After a night in the appropriately named UNAMID Supercamp (it was the size of a small town), we headed back to Khartoum to meet with human rights defenders. Among others, we met brave women’s rights activists campaigning against strict laws governing their dress, and independent journalists who routinely face the cancellation of print runs and arbitrary arrest.

The final day in Khartoum was spent focusing on the role Sudan plays as a source, transit and destination for migrants in the region. The UK Government sees Sudan as a priority country in tackling irregular migration from the Horn of Africa, spearheading the EU Horn of Africa Migration Route Initiative, also known as the ‘Khartoum Process’, a forum for strengthening bilateral cooperation on issues related to migration.  The delegation saw the outgrowths of this forum on the ground in Sudan, visiting the International Organisation for Migration ‘Migrant Resource and Response Centre’, run by a British official, which seeks to provide a one-stop-shop to support migrants travelling to or through Sudan.

The group also met with EU officials running the ‘Regional Operations Centre in Khartoum’ (ROCK), the strategic hub for EU migration policy. The ROCK maps out people trafficking routes and works with the Government of Sudan to target smugglers.

Before we flew back to London, we found time to visit the National Museum of Sudan, which tracks Sudanese history from the Palaeolithic period right through to the 13th and 14th century, and the famous Omdurman souq to pick up souvenirs.

Over just four days, the delegation heard from a wide variety of Sudanese people on the challenges and opportunities they face. It’s clear many in Government want to see Sudan come out from the cold, hoping that the relieving of sanctions last year is a turning point away from the days of Darfur, harbouring Osama Bin Laden, and conflict with the South. As the former colonial power, the Government of Sudan see the UK as playing a key role in that global rapprochement.

However for many others in civil society and political opposition, their lives are still marked by repression by the state and think any shift towards normalising relations with the Government of Sudan are premature. The issue of insecurity in Darfur must not be forgotten, the peace there is precarious and it would be foolish of the international community, having spent over $1 billion on the UN mission in Darfur, to jeopardise the progress there by withdrawing too quickly.

Of course, this delegation only had time to scratch the surface of a country whose history and politics make our discussions over Brexit look simple. We will take our experience back to the UK with us, briefing colleagues on what we saw and looking at new ways to strengthen this centuries-old relationship. We hope to return very soon, although perhaps at a cooler time of year! 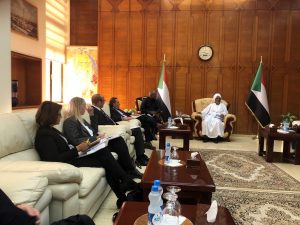 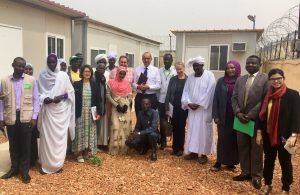 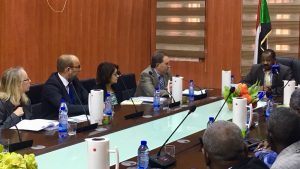