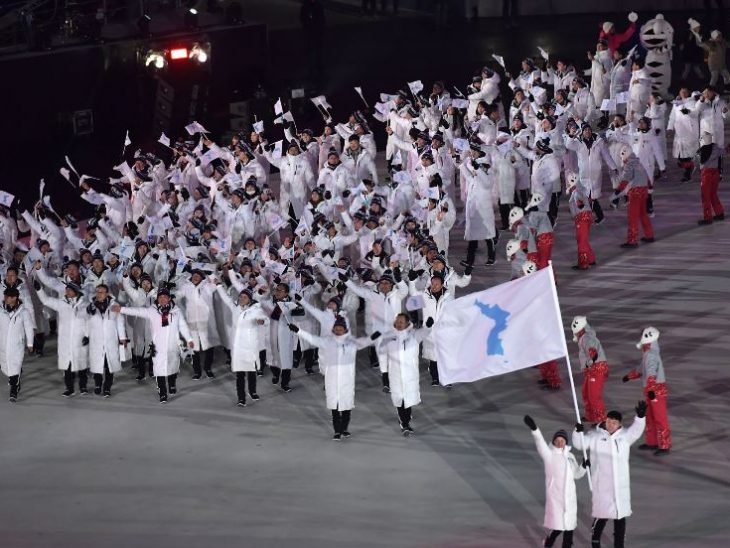 I first met the Speaker from the Korean National Assembly on January 23rd 2018 in London. Together with some other members of the National Assembly Speaker Chung Sye-kyun was visiting London for a series of events including a ceremony at the Korean War memorial on the Embankment.

In my contribution to the discussion with the Korea APPG, I spoke about the importance of the forthcoming winter Olympic Games. I recalled the impact on the world of both the 1988 Seoul Olympics and the Football World Cup in 2002 which Korea shared with Japan. In addition I pointed to the fact that very few countries had staged at any time all three of these events and that Korea was about to join this exclusive club. To my surprise, the Speaker invited members of the APPG to the Opening Ceremony and in the end I was the only one able to attend on the evening of Friday February 10th.

In addition to my participation, about 15 parliamentarians from around the world also joined the Speaker’s party for the official Opening Ceremony of the XXIII Winter Olympics in PyeongChang, many of whom had some Korean heritage themselves. We had meetings and lunch in the National Assembly buildings in Seoul before departing for the opening ceremony. The Speaker is a former Leader of the ruling Democratic Party and an ally of the President Moon Jae-In. He explained that the differences between the main parties in the Assembly were reflected in the emphasis they put on dialogue and on sanctions when it came to dealing with North Korea. It was not a question of rejecting either, but in deciding what relative importance to give to both.

The arrival of the delegation from North Korea on a special ship created great expectation. Kim Yo Jong, the sister of the North Korean leader, arrived in town and dominated the news bulletins leaving US Vice President Pence slightly off centre stage. Her presence and that of her colleagues was seen as a reassurance that North Korea would not be trying to disrupt the games themselves. Many around the Speaker’s table debated what would happen in March when both the Olympics and the Paralympics would be over. The precise scale of the joint US/Korean defence exercises due in the spring and the tone which was adopted in the accompanying coverage were thought to be crucial factors in determining whether the entente between North and South would continue beyond the Olympic truce.

There was a real sense that this represented only the very first steps on the road to peace and that the reality of both the nuclear weapons programme and the humans rights record of the North Korean regime had to be kept very much in mind. The continuing importance of the alliance with the United States was brought home for me at Seoul station from where we boarded a high speed train to the Opening Ceremony at PyeongChang. The lounge jointly shared by members of the American military and by Korean soldiers was very prominent. It was interesting that the fiercest criticism of peace overtures, such as the joint North/South Korea Women’s Hockey team, came from many of the younger generation who were perhaps less romantically inclined to the idea of a united Korea.  They also resented the fact that this would mean excluding from the competition many capable South Koreans who had been training for the event for years.

The opening ceremony itself, drawing on many elements from both traditional and modern Korean culture, was a powerful statement of Korean identity. South Korea enjoys a lot of soft power in Asia as demonstrated by the popularity of its music, its films and soap operas. The joint entry into the stadium of athletes from both sides of the divided Korea was incredibly moving. Speaking of ‘soft power’, the performing of Liverpool’s finest John Lennon’s ‘Imagine’ in minus 25 degrees was a moment at the ceremony to be savoured. I also had some contact in Korea with another important element of British soft power inmeeting representatives of the BBC who were covering the games. They emphasised it was the existence of the listed events legislation in the UK that meant that the action was  available to inspire future generations free to air rather than hidden behind a paywall! 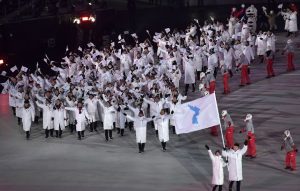