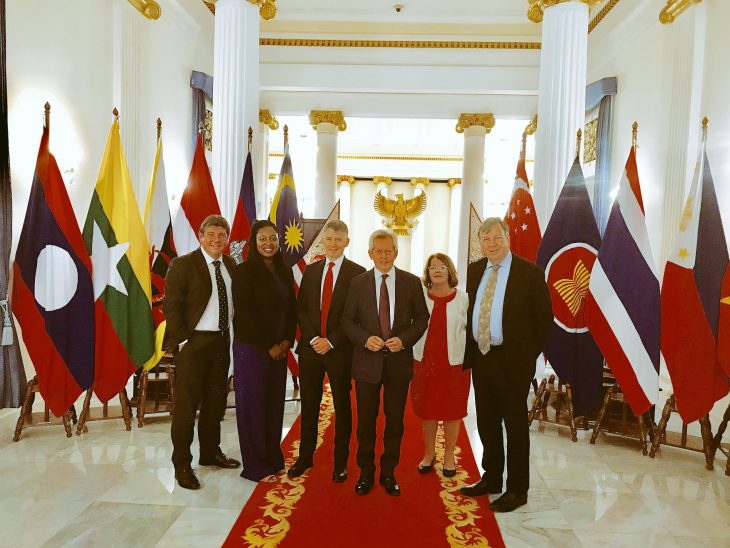 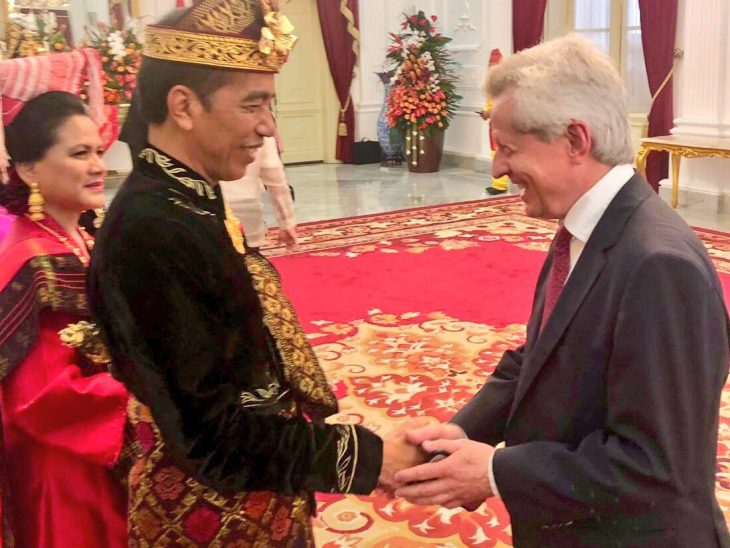 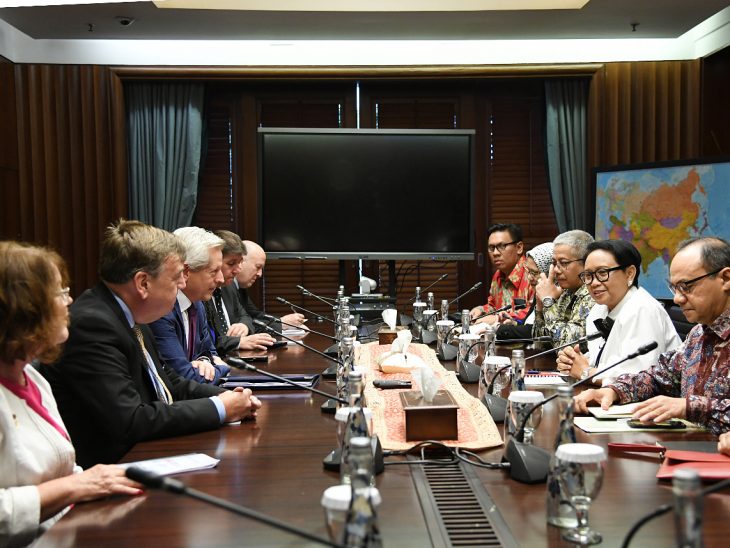 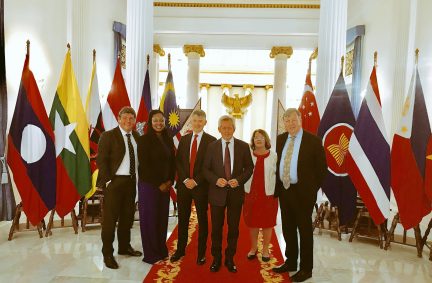 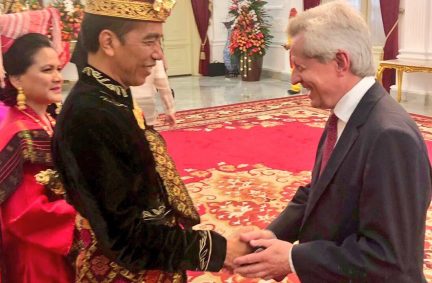 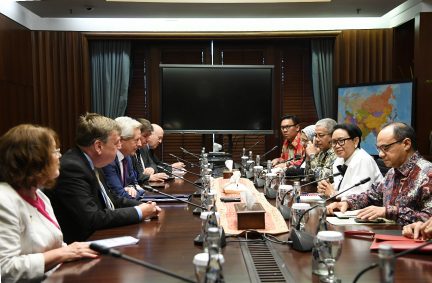 I led a cross party delegation to Jakarta Indonesia from August 16th-21st, the first by the APPG for Indonesia, which I chair. The delegation consisted of Conservative MPs, Chair of the British Group of the IPU, Rt Hon John Whittingdale and Stephen Metcalfe; and Labour MPs, Shadow Women and Equalities Secretary, Dawn Butler and Shadow Minister Kate Hollern MP. The delegation was kindly hosted and sponsored by the Embassy of the Republic of Indonesia, with additional funding from the British Group of the Inter Parliamentary Union. The British Embassy in Jakarta also gave valuable support on the ground.

Our main aims were to improve parliamentary understanding of post-election Indonesia, to discuss important bilateral issues and to strengthen parliamentary relations. This was also my 14th visit as the PM’s Trade Envoy to Indonesia. The backdrop is a strong sense of an ever-closer relationship between the UK and Indonesia, which is driven by partnerships in many areas such as higher education, research and innovation, policing, maritime, space, creative industries and sports as well as a real commitment to increase FDI in the region.

The delegation met briefly with the President of Indonesia, Joko Widodo, after his inauguration from a second term. Meetings with the Minister for Foreign Affairs, Retno Marsudi, the Co-ordinating Minister Luhut Panjaitan and Deputy Speaker Fadli Zon gave more detail on government priorities.

A key priority for Indonesia, as Jokowi stressed, is the importance of growing UK-Indonesian educational partnership in order to address skills shortages. This point was made clear to us in meetings with the Coordinating Minister, General Luhut Panjaitan in the maritime sector. The UK’s educational strengths offer real opportunities for UK-Indonesian partnerships, and the FCO-DFID Prosperity Fund is already helping to projects such as the work with the National Police Academy.

As one of the most species-rich and biodiverse countries in the world and with the third largest area of tropical rainforest, and also the world’s largest producer of palm oil and a major source of illegal timber logging, a key theme for this visit was environmental concerns and sustainability issues.

Even with a history of tsunamis, volcanic eruptions, earthquakes and many other natural disasters, we were surprised to learn that Climate Change and Sustainability does not resonate strongly with Indonesian voters, with only 2% of Indonesians considering it a key issue. As Papua has seen forest fires similar to what happened in the Amazon this summer, doing more to prevent the illegal burning of forests is an important domestic and international goal.

Our visit to the Timber Industry in Cileungsi demonstrated how effective strong Indonesia-UK cooperation can be. Through a mandatory national certification system – Sistem Verificasi Legalitas Kayu (SVLK) – implemented with the support of DFID, the legality of wood products can now be verified and imported into Europe.

Our meetings with Indonesian Parliamentarians in Parliament emphasised the need for more contact and discussion of detailed legislative issues. Foreign Minister Retno shared Dawn Butler’s emphasis on the importance of women in politics, which is also one of the goals of the Westminster Foundation for Democracy (WFD), that I chair, pursued in both Malaysia and Indonesia.

During this programme we were also able to discuss geopolitical challenges, eg China, the South China Sea and freedom of navigation rights as well as UK aspirations with ASEAN. We discussed pluralism and freedom of faith not least in Bogo with the Mayor. Equally Indonesians raised the role of Benny Wenda in Oxford and the UK/EU’s approach to palm oil production.

The delegation learnt a lot about Indonesia, its history, politics, culture and social issues in a short space of time and in an action-packed programme. Overwhelmingly colleagues found the visit extremely worthwhile and very hospitable and the spirit of Pancasila alive and well at the centre, even if troubled further away, as a major incident in Surabaya and West Papua showed. 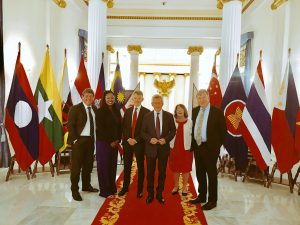 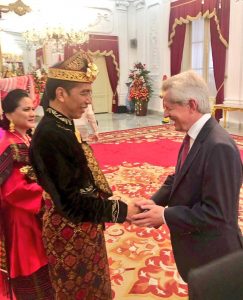 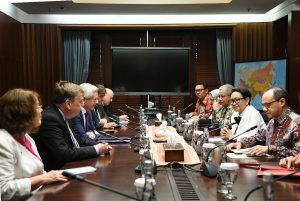