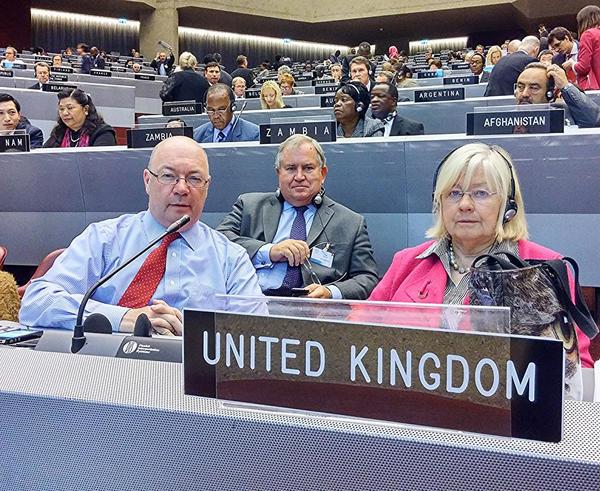 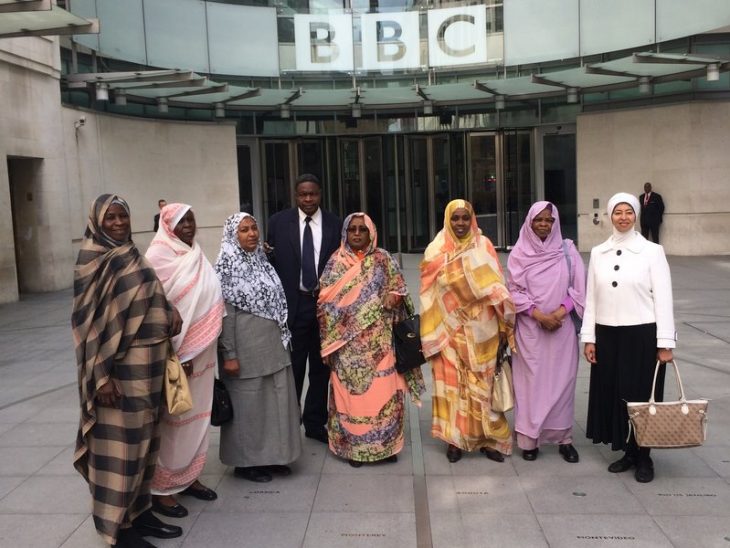 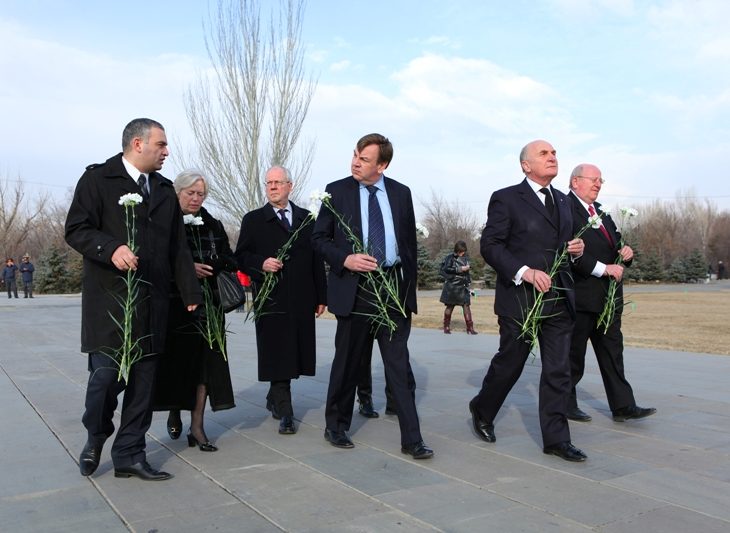 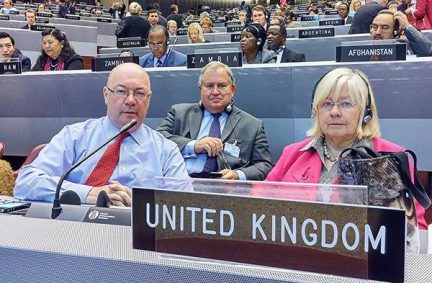 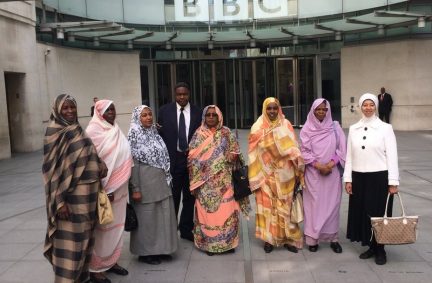 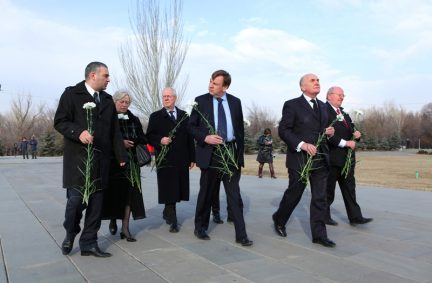 Full reports on all the activities below are listed under Our Work and referenced in the 2014 Annual Report. The following summary reviews BGIPU’s key achievements and activities for the 2014 calendar year.

Of particular note for the year, was high value engagement with a range of European and neighbouring country representatives on the future shape of European security in the wake of events in Ukraine. In pursuit of our broader gender empowerment objectives, we despatched a high-powered CSW delegation to New York, hosted an all-women parliamentary delegation from Sudan and assisted the strong participation of the Lord Speaker in the 9th Meeting of Women Speakers on the economic empowerment of women.  Of special importance to our Chair, the landmark BGIPU International Parliamentary Seminar on the Arms Trade Treaty (ATT) was successful in ensuring parliamentary perspectives on the ATT will be registered at the forthcoming 1st Meeting of State Parties.  It was also a significant year for the IPU celebrating its 125th year as the global body of parliaments and electing a new Secretary General and President to lead the organisation for the future as it strives to amplify parliamentary voices in key international debates, including the post-2015 SDGs process.

In terms of participation in IPU Assemblies (both held in Geneva in 2014) and inter-parliamentary conferences convened in a variety of locations, BGIPU facilitated the participation of some 20 members of the House of Commons and 12 members of the House of Lords in IPU-convened events outside the UK. Our activities in the Palace of Westminster engaged directly with more than 100 individual members of both Houses, including in thematic policy events, activities for visiting delegations, international policy seminars, cooperation and support of All Party Parliamentary Groups and BGIPU governance meetings.

In March a delegation from Uruguay led by Mrs. María Elena Laurnaga had meetings in Westminster with the Deputy Speaker, the Foreign Affairs Committee, Business Innovation & Skills Select Committee, the Drug Policy Reform APPG, GLOBE international and the Foreign and Commonwealth Office. They also had a roundtable discussions meeting with the Chair and members of the Latin American APPG and BGIPU members on issues such as region al developments in the EU and Latin America, trade, education, human rights and the environment.

In June, the Group hosted a delegation from Portugal led by Dep. António Rodrigues. A key outcome was the delegation expression of strong support for the UK remaining an EU member, including as an active partner for Portugal and others in pursuing EU reform efforts.

Later in June, the Group hosted a delegation of women MPs from Sudan led by the Deputy Speaker Miss Samia Ahmed Mohamed. The programme included meetings with Rt Hon Nicky Morgan MP, Minister for Women and Rt Hon. Justine Greening MP, Secretary of State for International Development. They explored the role of political parties in encouraging gender equity and had discussions with the Gender Equalities Office, the Foreign and Commonwealth Office and a constituency visit hosted by Karen Buck MP.

In July, BGIPU hosted a delegation from Armenia led by Mr Tevan Poghosyan which had meetings with the Deputy Speaker, the Foreign Affairs Committee, Education Select Committee, the Women Peace and Security APPG and the roundtable discussions meeting with BGIPU and Armenia APPG members focused on the Nagorno-Karabakh conflict, commemoration of the centenary of the Armenian genocide and future relations between the EU and Russia.

In November, BGIPU hosted a programme for a delegation from Romania led by Mr Dumitru Oprea which was focused on UK-Romania relations, cooperation in the European Union and cultural and economic issues. The contribution of the Romanian community to the UK, particularly in key employment sectors such as health and IT, was also discussed against the background of the ongoing debate in the UK over the impacts of the free movements provisions of the European Union.

During the year, the Group also hosted meetings at the Palace of Westminster with distinguished visitors from a wide array of countries, including Australia, Czech Republic, Germany, Guatemala, Tajikistan, Kyrgyzstan, Serbia, the Republic of Korea, France  and Vietnam. In addition we arranged a working programme on Committee processes in Westminster for senior members of the IPU Secretariat in Geneva in support of establishing new IPU Committee procedures.

A delegation led by John Whittingdale visited Armenia in February. During the visit, the delegation met members of the Government including the Foreign Minister, Defence Minister, Transport Minister, the Speaker of the National Assembly and the President of the Republic, HE Serzh Sargsyan. They also had the opportunity to visit the British Council, PharmaTech, a major British investment manufacturing intravenous solutions, and held a meeting in Yerevan with the Speaker of Nagorno Karabagh.

In March, BGIPU Chair Alistair Burt MP led a delegation to Poland which had detailed exchanges on UK-Poland relations, the European Union and the future of European security and also visited Krakow.

In July, Mark Reckless MP led a delegation to Georgia to attend a Conference in Batumi on “Further Steps of Georgia to Europe: the Parliamentary Experience of Visegrad Group Member States” alongside Georgian MPs and other delegates from the ‘Visegrad group’ of countries such as Hungary and Poland. The delegation then made a brief visit to the Parliament in Kutaisi before arriving in Tbilisi where they met with Defence Minister and Foreign Minister among others.

September also saw a visit to UAE, led by BGIPU Chair, Alistair Burt MP, where the delegation met with the Speaker of the Federal National Council, the Minister for International Cooperation and Development as well as meetings in the Ministry of Foreign Affairs and the Department of Health. The delegation also had meetings with members of the UK business community, and were able to visit the National Archives and the Crossroads of Civilization Museum.

There was also a visit to Norway led by Sir Alan Beith MP in September. In Oslo the delegation met the Deputy Speaker, the EU Affairs Minister, the state secretaries in the Ministry of Justice and the Ministry of Local Government, the standing committees on Foreign Affairs and Finance, for talks largely centred on Norway’s relationship with the EU. The delegation spent the last day of the visit in Stavanger with a visit to NATOs Joint Warfare Centre and then meeting representatives of the oil and gas industry.

In November, a delegation led by BGIPU Vice-Chair, Stewart Jackson MP, visited Guatemala and Honduras. The delegation spent two days in Guatemala City meeting the president of Congress, the Deputy Ombudsman for Human Rights and selected trade unions representatives and coffee cooperative members, among other civil society actors. They then headed for Tegucigalpa where they visited a prison and met with the President of Congress, the Vice-President of the Republic and the President of the Honduran Football Federation.

Earlier, in May a small team led by Lord Griffiths of Bury Port visited Haiti as part of a wider capacity building project with the country. The delegation was able to hear first-hand from members of the Chamber of Deputies, the Senate and the President himself about the significant political instability impeding the urgent need for development in the country.  Lord McConnell also undertook a similar capacity building visit to Guinea Bissau in November to assist in the induction of newly elected parliamentarians with a key focus on parliamentary ethics and accountability.

BGIPU delivered an extensive and diverse programme of IPU Assembly activities, international parliamentary conferences and Westminster-based activities and lectures. The two IPU Assemblies during this period both took place in Geneva. During these meetings the delegation led by Alistair Burt MP participated in wide-ranging discussions on issues ranging from international security, human rights and development issues. Key themes of both Assemblies were the IPU at 125 and Gender Equity with emergency items adopted on the Central African Republic and the Ebola outbreak.

In the course of both Assemblies, UK delegates also had bilateral meetings with parliamentary counterparts from Afghanistan, Argentina, Australia, Bahrain, Belarus, Indonesia, Israel, Iran, Iraq, Japan, Kuwait, Lebanon, Palestine, Russia, Turkey and Ukraine. This was in addition to a range of less formal exchanges with other participants on a wide range common international issues, in addition to participation in successive elections in March and October 2014 for a new IPU Secretary General, Mr Martin Chungong, and President, Mr Saber H Chowdhury MP. Lord Judd and Ann Clwyd MP played key leadership roles in IPU Committees on Middle East Questions and the Human Rights of Parliamentarians respectively at both Assemblies.

BGIPU also provided significant support to the work of Robert Walter MP in his capacity as Vice-President of the IPU for the 12 Plus geopolitical group on the IPU’s Executive Committee including his participation in the IPU’s 125th Anniversary, accompanied by the BGIPU Chair, in Geneva at the end of June.

The parliamentary meeting on the occasion of the 58th Session of the Commission on the Status of Women was organised by the Inter-Parliamentary Union and UN Women. This event took place in March 2014 and was attended by Baroness Hodgson of Abinger CBE, Mary Mcleod MP, Baroness Prosser and Sharon Hodgson MP exploring the theme of “Challenges and achievements in the implementation of the Millennium Development Goals for women and girls”.

The BGIPU supported the participation of the Speaker of the House of Commons and two UK parliamentarians from the Speaker’s Digital Democracy Commission at the IPU’s World e-Parliament Conference held in partnership with the Korean National Assembly in Seoul in May.  In September, the IPU convened the 9th Meeting of Women Speakers of Parliament which was attended by the Lord Speaker, Baroness D’Souza along with her counterparts from 15 other countries. The meeting called for urgent action and commitment to ending violence against women and girls in conflict situations and highlighted the importance of parliament’s supporting policies which encourage women’s economic empowerment.

The annual Parliamentary Hearing of the IPU took place at the United Nations in New York in November and was attended by the BGIPU Director as members were unable to attend due to parliamentary commitments in London. The Hearing, opened by UNSG Ban Ki-Moon and chaired by the new IPU President, Saber Hossain Chowdhury MP, focussed on “Ensuring a people-centred approach to the new SDGs: a shared responsibility” highlighting the key oversight role of parliaments in ensuring national governments abide by their national and international development commitments in the lead-up to the post-2015 SDGs.

In cooperation with the APPG for HIV and AIDS, BGIPU sponsored the participation of Lord Fowler and Pamela Nash MP at the XX International AIDS Conference in Melbourne in July which allowed them to meet leading experts, activists and other parliamentarians from across the globe to share their experiences of tackling HIV/AIDS, including discussing the political barriers faced in many countries.

The first IPU Global Conference of Young Parliamentarians was held in Geneva in October bringing together young members of parliaments, youth leaders and experts from across the world and focused on youth participation in politics with BGIPU represented by Chloe Smith MP.  BGIPU Vice-Chair, Mike Gapes MP, also participated in the recent Parliamentary Roundtable held during the Vienna Conference on the Humanitarian Impact of Nuclear Weapons on 9 December.

In addition to regular report back meetings on delegation visits, BGIPU also held smaller events in Westminster on soft power and the role of the FCO and British Council, perspectives on development and aid effectiveness, discussions on disarmament and arms control issues, a parliamentary side-event in support of the Global Summit on Violence against Women in Conflict and a lecture on Implementing the UK National Action Plan on Women, Peace & Security.

To mark the State Opening of Parliament in early June this year, the Executive Committees of the BGIPU and the CPA UK also hosted a joint reception for the London diplomatic community providing a key opportunity for engagement between parliamentarians and UK-based diplomatic representatives. 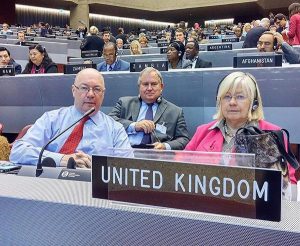 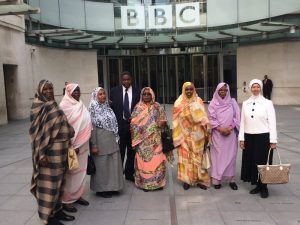 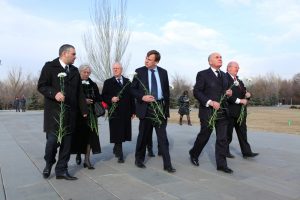