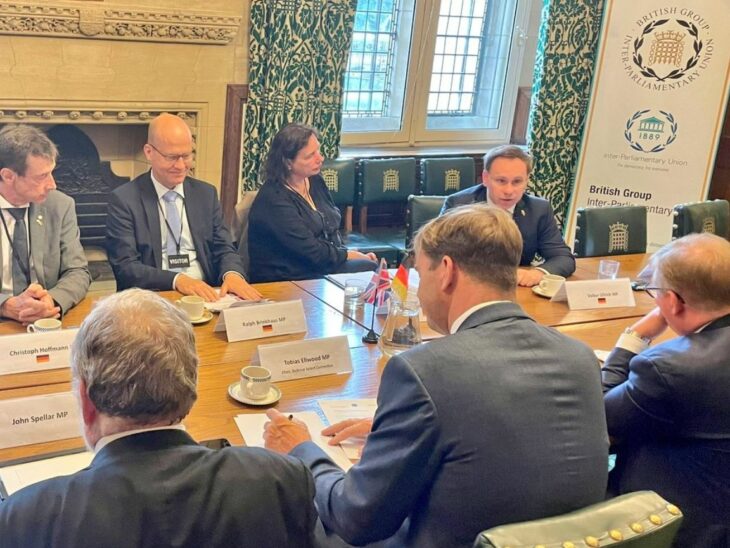 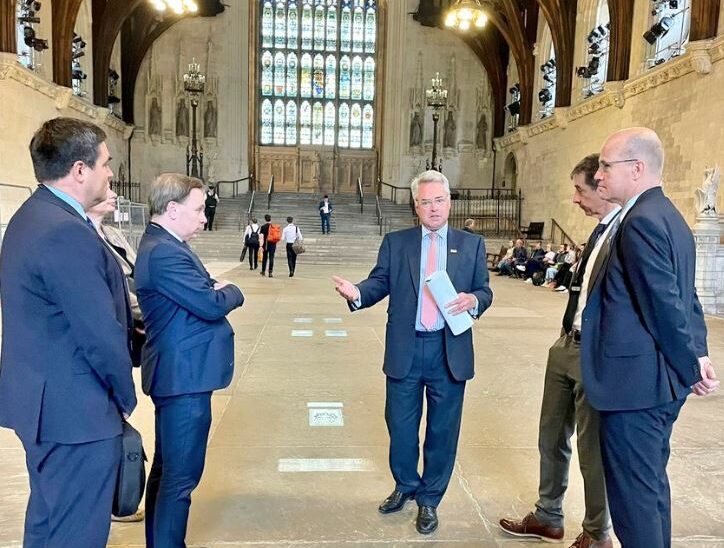 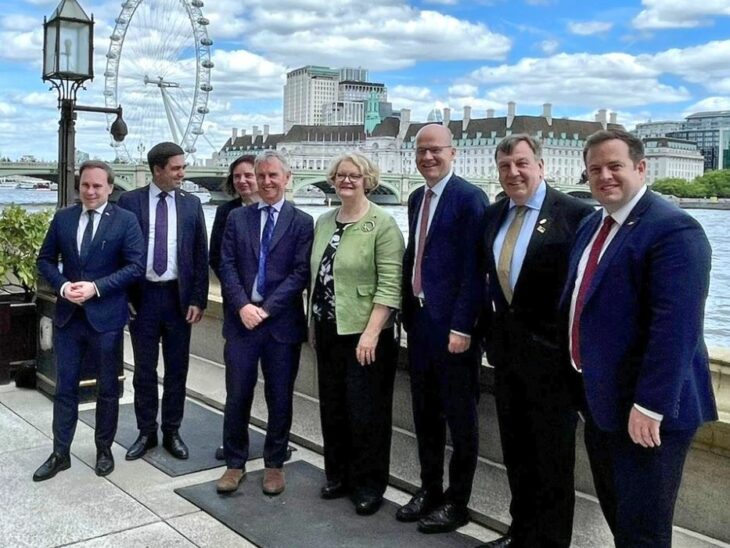 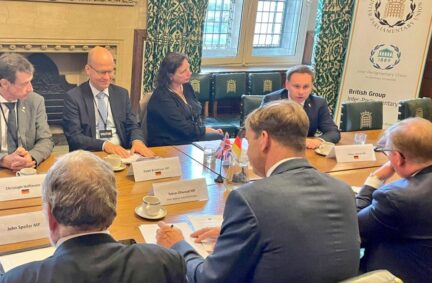 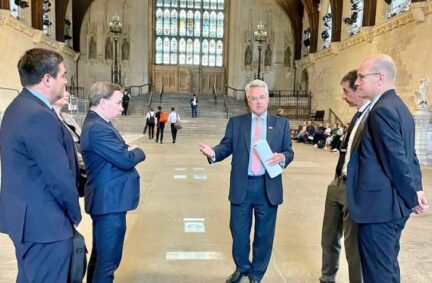 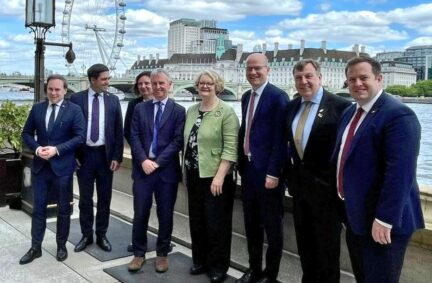 On 28-29 June 2022, BGIPU hosted a delegation of five parliamentarians from the German Bundestag, with the objective to enhancing parliamentary relations between the two countries. The delegation was led by Mr Ralph Brinkhaus (CDU/CSU), head of the German delegation to the IPU. He was accompanied by fellow MPs Dr Volker Ullrich (CDU/CSU), Ms Beate Walter-Rosenheimer (Green Party), Dr Christoph Hoffmann (FDP), and Dr Malte Kaufmann (AfD).

The delegation were warmly welcomed by BGIPU Vice Chair John Whittingdale MP over an informal lunch with Members from both Houses. A meeting with Deputy Speaker of the House of Commons Nigel Evans followed, with the UK and Germany’s co-operation within the 12+ group of the IPU dominating the agenda. Afterwards, the delegation met with members of the APPG on Germany, chaired by Dr Philippa Whitford MP. Energy and gas supply in light of Russia’s invasion of Ukraine was discussed, and Members’ shared their views on nuclear power.  The first day drew to a close with delegates observing a debate in the House of Lords, where the draft Mental Health Bill was being debated.

Tuesday morning began with an informative and lively tour of Parliament led by Tim Loughton MP. The delegation heard about the history of the building, the traditions of our parliamentary system and the more modern additions to the workings of Parliament, including the voting systems. A meeting with the Defence Select Committee followed, where Members spoke in detail about their respective country’s approach to defence, and the wider implications of Russia’s invasion of Ukraine.

Some of the delegates attended the Speaker of the House’s Pride flag raising, before sitting down for the final two meetings of the visit. First the group heard about the work of the NATO Parliamentary Assembly from Leader of the UK delegation Alec Shelbrooke MP. The visit concluded with a meeting with the Lords European Affairs Committee, during which delegates questioned members on the situation in Northern Ireland, including issues regarding the NI Protocol and recent local tensions.

The BGIPU were delighted to welcome the Bundestag delegation to Parliament, and we look forward to maintaining and supporting the always strong parliamentary links between the UK and Germany. 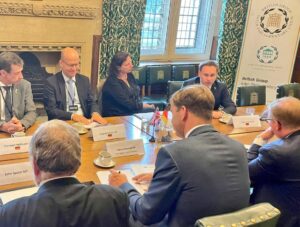 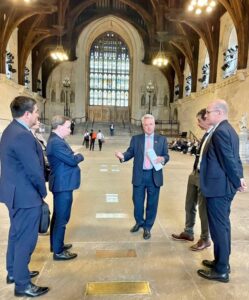 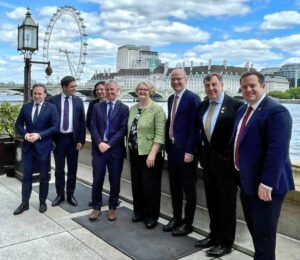