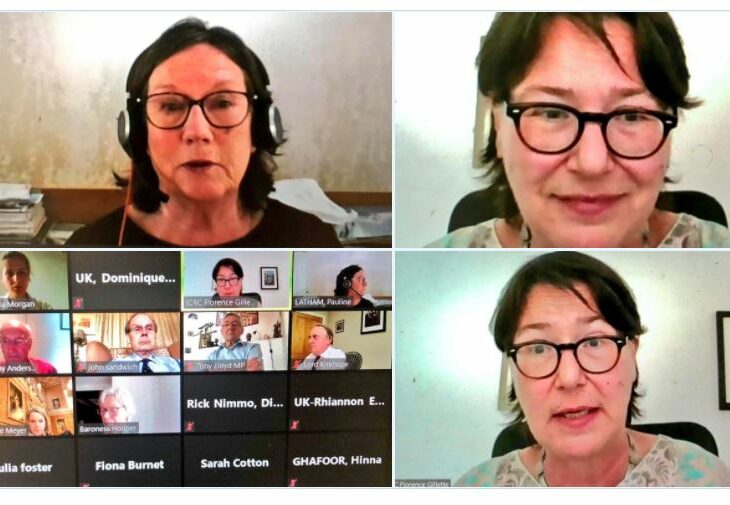 On 19 July BGIPU co-hosted a briefing with the International Committee of the Red Cross (ICRC) on the conflict in Ukraine.

On 19 July BGIPU co-hosted a briefing with the International Committee of the Red Cross (ICRC) on the conflict in Ukraine. The meeting was chaired by Pauline Latham MP, BGIPU Executive Member and a member of the Ukraine APPG, and was attended by a range of MPs and Peers, all with a keen interest in the country. Ms Florence Gillette, Head of Delegation in Ukraine for ICRC, provided a broad overview of the social and humanitarian situation and the ICRC’s work in the Donbas region of Ukraine.

Ms Gillette started by explaining some of the main issues in the Donetsk and Luhansk regions of Ukraine. She explained that this was the eighth year of the war, and it was becoming clear that there was increased trauma linked to the hostilities. Many people’s mental health had been affected by the intermittent shelling and bullets, which plagued the lives of the residents, even schools and Covid hospitals have been targeted. There have also been many houses which have been damaged, and the ICRC have repaired over 13,000 dwellings.

One of the biggest challenges for the people of the region has been the separation of families, especially as prior to March 2020 it was difficult to cross the line between the areas. Previously there had been over a million crossings per month, but the numbers have dropped down to 80,000 which was linked to the restrictions due to Covid measures. She stated that there were over 8000 people a day looking for relatives. Pensioners in the Donetsk region have struggled to cash in pensions, and children have not been allowed IDs or passports. The ICRC supports over 30,000 people a month, which includes those who are bedridden and do not have family around to assist.

Pauline Latham MP asked about the impact of mines and other unexploded ordnance. Ms Gillette explained that while it had been a problem for many years, due to training there were now fewer mining accidents, however that false sense of security had led to some recent injuries and deaths. She said the children had been doing drills in the schools to teach them about keeping away from the mines. In 2018 the Ukrainian Parliament passed a law on mine action, but it wasn’t moving quickly enough to help.

In terms of looking to the future, Ms Gillette noted that these regions currently rely a lot on coal and steel for their economy, which could be problematic as the world moves to greener energy. People in the region had lost access to local infrastructure and some would have to travel much further than before to access local hospitals. Many couldn’t vote in the recent local elections due to security reasons, and communities were shifting further apart.  She concluded by saying that there was no singular vision for those living in the region, that their focus was on seeing their families and that she feared the violence would go on and even possibly increase.

The briefing highlighted the incredibly disruptive impact of conflict and the crucial work that the ICRC does to assist the civilians affected. The ICRC was grateful for the support of the United Kingdom and the FCDO which is vital for the continuation of their work and services in Ukraine. BGIPU would like to thank Ms Gillette for taking the time to speak to UK Members of Parliament on the issues faced by the conflict in Ukraine and giving such a valuable insight into the plight of Ukrainian citizens in the region. 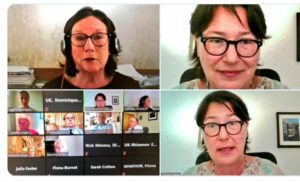 On 19 July BGIPU co-hosted a briefing with the International Committee of the Red Cross (ICRC) on the conflict in Ukraine.