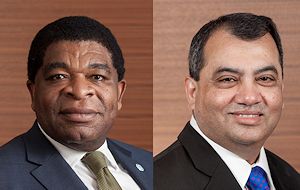 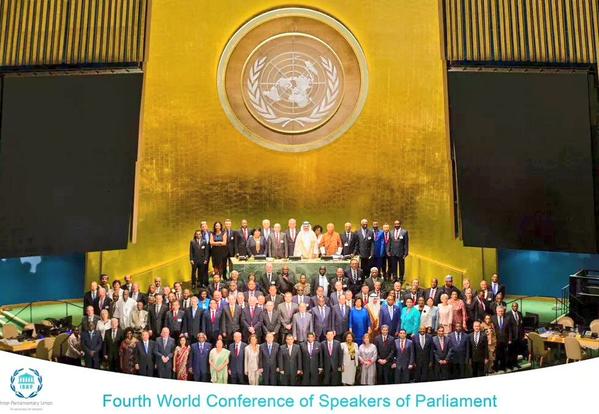 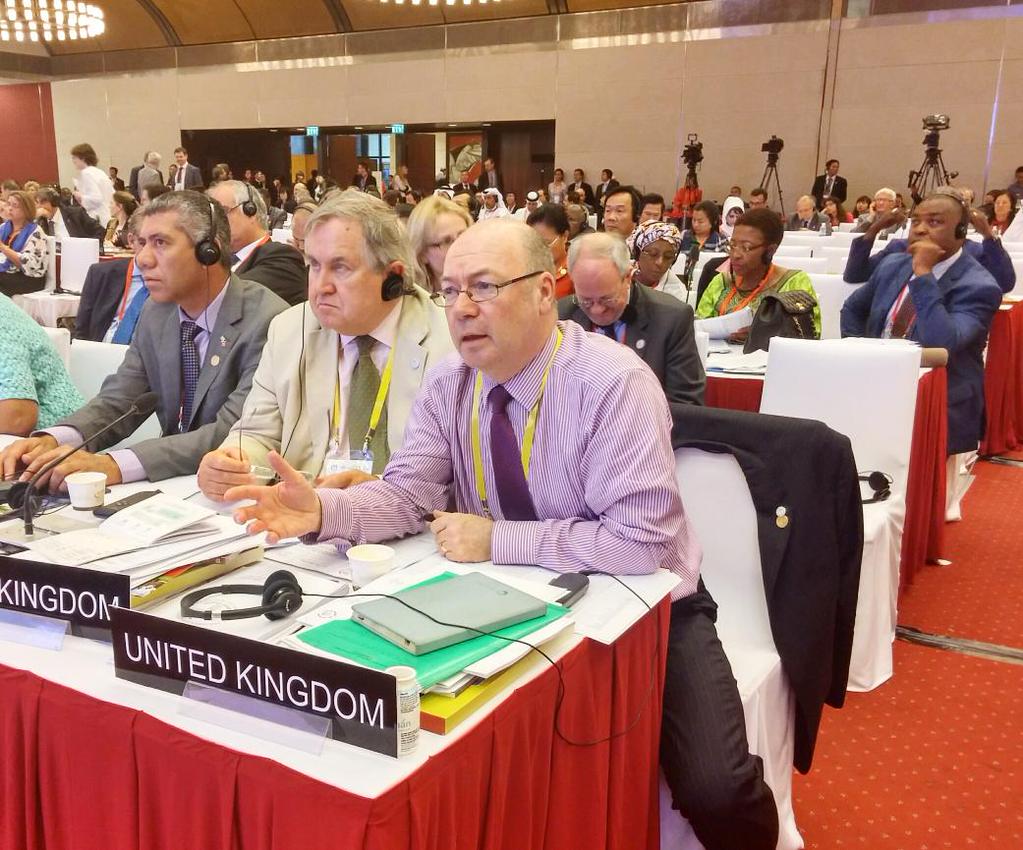 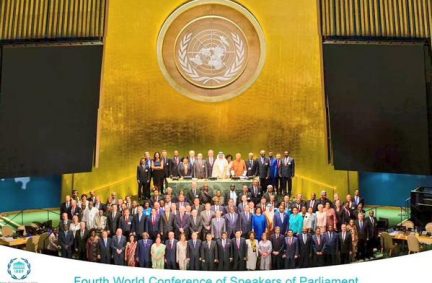 As the curtain draws on another year, we would like to extend to you and yours our best wishes for the season. 2015 has been a memorable and eventful year for us at the IPU and for the global parliamentary community at large. As an organization, we are pleased to have been a prime mover in a number of international processes, culminating in the adoption of the far-reaching post-2015 development agenda. It is no small feat that the parliamentary community was able to help fashion that agenda, which will be a roadmap for the entire world for the next 15 years. We also welcome the ground-breaking agreement that has been reached in Paris on climate change and trust that the parliamentary plan of action that accompanies it will go a long way towards turning words into action.

The highlight of the year was undoubtedly the Fourth World Conference of Speakers of Parliament held in New York in late August-early September. Through the ambitious and forward-looking Declaration they adopted on that occasion, the Speakers of the world’s national parliaments were able to articulate their vision of parliamentary solidarity and cooperation in order to build the world the people want. But the year was not only filled with achievements and successes. It was also marked by tragedy and loss in various regions of the world. One of the greatest human tragedies witnessed over the past several months has been the plight of hundreds and thousands of migrants and refugees fleeing conflict-ridden zones and difficult living conditions and making the often perilous journey to what they hope will be a less hostile environment. Migration has taken on untold proportions recently and has brought out both the very best and the very worst in human beings. The IPU and its Member Parliaments are pleased to have been at the forefront of the global reflection on this matter.

Terrorism is rearing its ugly head and is becoming a daily reality for people everywhere. Recent events have shown that no country can claim to be immune or beyond the reach of this scourge. It perpetrators have no other goal but to cower people, stifle freedoms and impose their world view. We must not succumb to this threat, but must rather redouble our efforts to protect and promote the values and fundamental freedoms we all hold so dear.

2016 promises therefore to be no less eventful. The global parliamentary community will be judged by its readiness and ability to take on these challenges. It will need to show that it can walk the talk and endeavour to turn words into action as we embark on the implementation of the new development agenda along with other stakeholders. We are committed to working with our Members and partners, including the United Nations, to deliver on the promises made in that agenda.

We wish you a peaceful holiday season and much success in 2016. 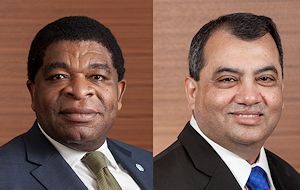 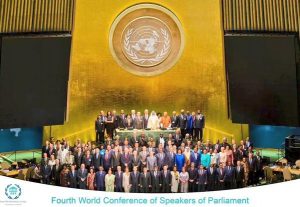