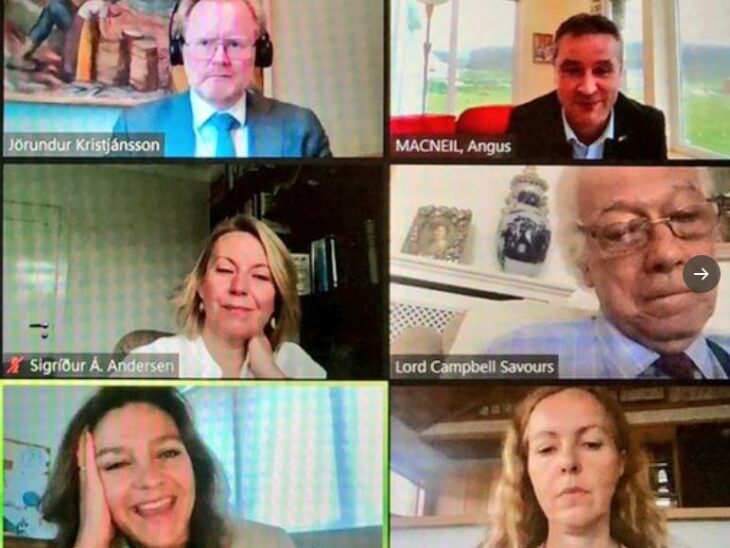 On 10 June, BGIPU hosted a virtual bilateral meeting between parliamentarians from the UK and Iceland. The meeting was chaired by Iceland APPG Chair, Angus MacNeil MP.

Following some introductions the discussion began with talk about the economic impact of Covid19. Iceland’s economy is reliant on tourism – a sector that has taken a huge hit during the pandemic. The Icelandic delegation explained the country needs to diversify its economy to safeguard themselves in the future if there are further limitations to international travel. The parliamentarians expressed gratitude there was still lots of demand for exported Icelandic fish.

Next on the agenda was the pandemic with the UK side learning that Iceland has been successful in their fight against Covid19 and currently have the lowest infection rates in Europe. Their vaccination programme has reduced cases of Covid19; day to day life in the country is nearly back to normal. Icelandic authorities are on track to vaccinate 75% of the population by the end of July.

The discussion turned to geopolitics and the strategic importance of Iceland in the Arctic Circle. With the melting of the ice, travel around the Arctic Circle will be eased. This will have huge benefit to Russia as the country is currently partially locked in ice.

Members also expressed their hope that COP26 can take place in November and reiterated the importance of combatting climate change. Iceland is suffering gravely due to the consequences of the planet heating as many of their glaciers are melting.

During the course of the bilateral exchange, both sides communicated the importance of the UK and Iceland relationship and the need for collaboration at a time of upheaval and rebuilding. There are strong Icelandic – UK relations and the more collaboration between the two countries the better in the face of whatever challenges the future may hold. UK Members invited the Icelandic delegation to visit Westminster as soon as it is possible, recalling the successful BGIPU bilateral visits in 2016 and 2017. Both countries expressed their gratitude for the opportunity to have such a fruitful bilateral exchange. 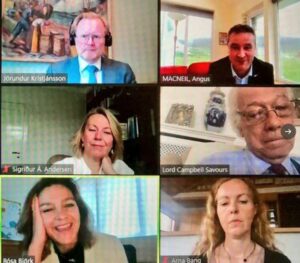 On 10 June, BGIPU hosted a virtual bilateral meeting between parliamentarians from the UK and Iceland. The meeting was chaired by Iceland APPG Chair, Angus MacNeil MP.