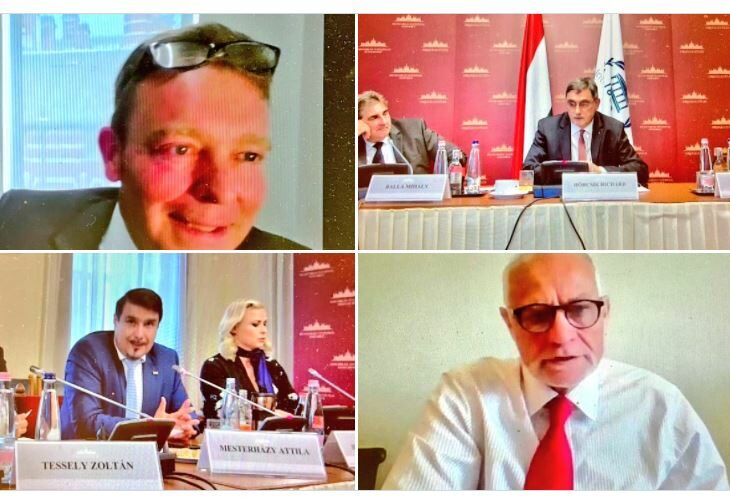 The meeting started with the UK Chair enquiring about the Hungarians response to Covid-19 specifically focusing on the vaccine. The Hungarian parliamentarians explained that they had already started rolling out third vaccinations for elderly people in the country, and over 60% of the population had had both vaccines. Their focus was on saving lives and getting the economy restarted and they were feeling hopeful despite the fear of a fourth wave. They also explained that they were still in a state of emergency until the 5th of October, and were in the top 10 of all EU countries to vaccinate their citizens. Baroness Barker asked about their vaccine of choice as it was predominantly Russian and Chinese, and Dr Hörcsik explained that they wanted whichever vaccine was ready first to open the economy quicker.

The Hungarians touched on climate change, as they had the aim for net zero and their plans to increase the area of forest and the ecosystem services in the country. They planned to attend COP26, and meet with the UK Delegation to discuss future aims.

An important topic to many members was the recent changes in Hungarian Law where over 18s could not discuss LGBT+ issues with those under 18. Crispin Blunt MP warned the Hungarians that the UK had gone through something similar in the 1980s and thought they should learn from the UKs mistakes, to not suppress individual freedoms. The ruling party parliamentarians explained that LGBT+ people had their fundamental rights upheld under law and were protected under criminal acts. However, the opposition raised concern as it was inserted into a piece of legislation about pedophilia, and there had been no debate on the issue. Another concern of the opposition was a grave worry that LGBT+ people were viewed as the new group for the Government to blame as the migrant problem was under control.

The Hungarian Chair moved onto the agenda item of relations post Brexit, noting that he was aware that there were difficulties for the UK with customs, transport delays and border checks. Craig Mackinlay MP said there was a great focus on economic cooperation, especially in the 100th year of relations between the UK and Hungary. He was also pleased at the number of Hungarian students in the UK, and the Hungarian Chair noted he had been a student in the UK many years ago, and hoped for fees to stay low as they were previously whilst the UK was in the EU.

The meeting ended on a positive note with all agreeing that it was a great opportunity to discuss relevant matters, and the hope to meet in person soon. 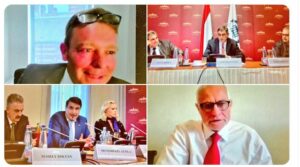