UK-ROK relations boosted through excellent exchanges with counterparts in Seoul 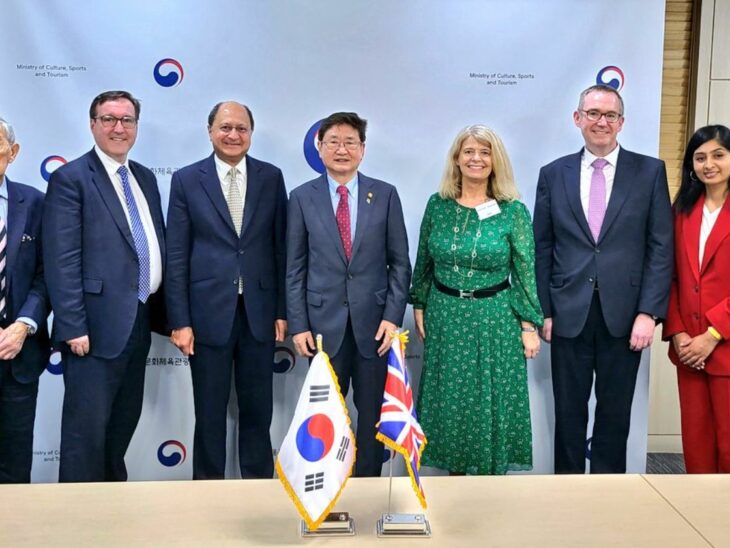 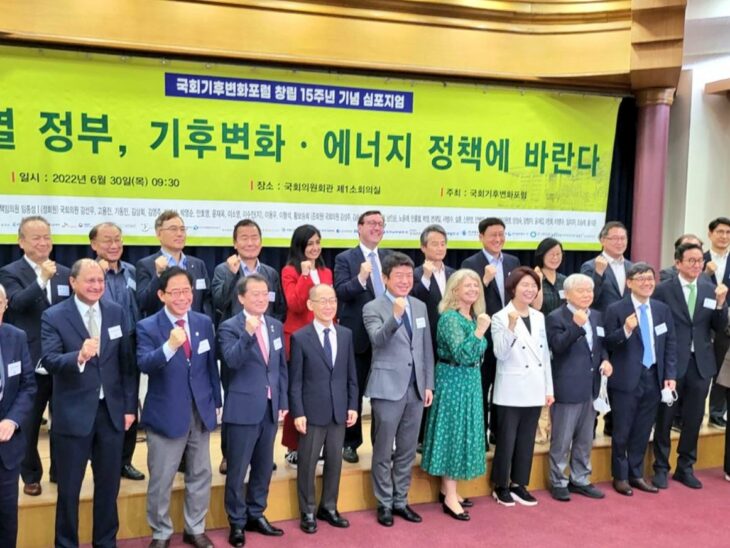 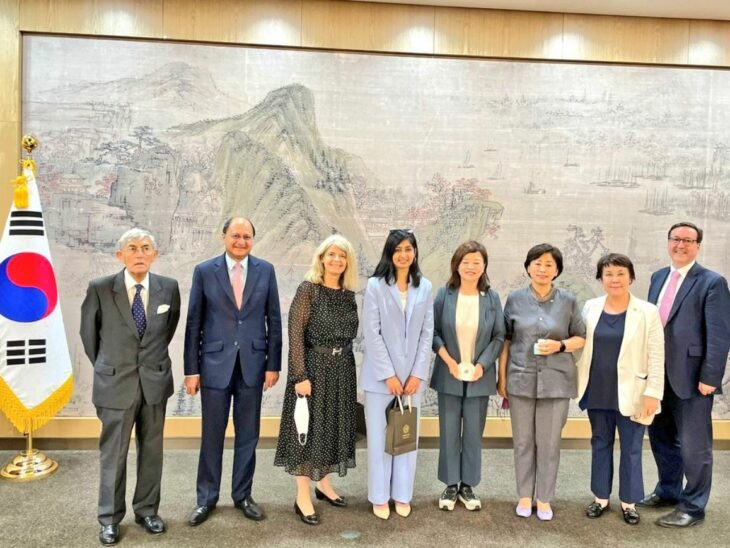 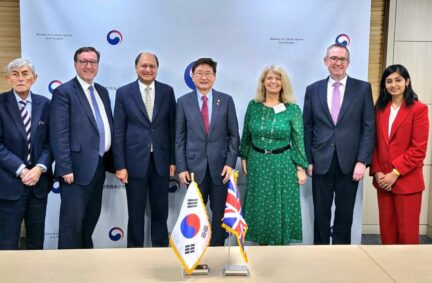 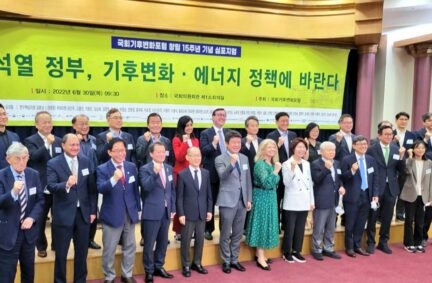 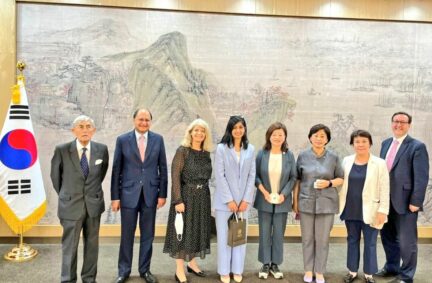 From Tuesday 28 June to Friday 1 July 2022, a BGIPU delegation visited the Republic of Korea with the aim of further enhancing bilateral relations. The delegation was led by BGIPU Chair, Harriett Baldwin MP, who was joined by Co-Chair of the Korea APPG, Zarah Sultana MP, along with Shailesh Vara MP, Chris Matheson MP and Lord Rogan. The welcome and hospitality offered to the British delegation from their South Korean counterparts was second to none.

The official programme began on Tuesday morning with a breakfast meeting with the British Ambassador to the Republic of Korea, His Excellency Colin Crooke. During this meeting the delegation was given an overview of the state of bilateral relations between the UK and ROK, and key insights into relations on the Korean peninsula. As the former Ambassador to the Democratic People’s Republic of Korea, Ambassador Crooke was able to share his first-hand experiences of the situation in North Korea and hence the state of relations between the two neighbours. The delegation was then treated to an impressive demonstration of the Republic of Korea’s national sport, taekwondo, at Kukkiwon (World Taekwondo Headquarters). Following this, the delegation visited to Korean War Memorial, where the delegation laid a wreath and paid their respects to the 1100 British soldiers who lost their lives in the Korean War.

The delegation then headed to the National Assembly for a meeting on gender and equality with 3 female Members of the National Assembly where they shared their experiences and learnings as female Members in the Korean system, covering issues such as online violence against women and the gender pay gap. This was followed by a meeting with the UK-Korea Friendship Group in which inter-Korean relations and the global success of Korean culture were discussed as well as the importance of strong bilateral relations with the UK. Day 1 was concluded by a working dinner hosted by the UK-Korea Friendship Group.

To gain a greater understanding of traditional Korean culture, day 2 commenced with a visit to the Korean Furniture Museum which gave the delegation insights into the historical reasonings behind Korean societal structures. This was followed by a visit to SK Telecom centre where the delegation witnessed the top end of Korean technological advancements and learnt about how technology can help tackle global issues such as climate change. Next the focused switched to modern Korean culture and understanding Korean global musical success in the form of K-pop.

Day 3 began with a meeting with the National Assembly’s Climate Change Forum who were celebrating the 16th anniversary of the forum. The delegation exchanged successes and challenges that they were facing with regards to climate change in their respective countries. The UK welcomed the Korean commitment to net zero by 2050 and their transition to clean energy, as well as the increase of electric vehicles. Following this discussion, the delegation listened to the opening session of the Forum, during which Harriett Baldwin MP addressed the audience. The delegation then switched focus to culture with a meeting with the 3 members of the Korean National Assembly’s Culture Forum. This meeting again looked at the reasons behind the proliferation of Korean culture abroad over the last decade. However, key issues such as the rise of monopolies of media companies and how to tackle disinformation and fake news were also covered. These topics were discussed in greater depth with the Minister for Culture, Sports and Tourism, Minister Park Bo-gyoon. In all discussions on culture, the delegation found that there was much common ground, whether that was a love for music, TV dramas or the premier league.

The final day commenced with a visit to the Seoul Institute of the Arts, Korea’s most prestigious and competitive institute for studying music and drama. Its alumni also account for 50% of actors in current Korean dramas. Seeing the quality of the facilities at the institute, it was easy to see why Korean culture has had so much success in recent years. Fittingly, the final meeting of the visit was with the Green Technology Centre (GTC). The GTC is a climate technology and policy think tank which is government-sponsored and cooperates with other countries to establish green policies. It is the leading think tank for inclusive and innovative global green growth and bridges the gap between government and businesses. It was eye-opening for the UK Members to hear about the main projects which the GTC is leading on with developing countries. It was also insightful to see visuals of the remarkable GDP growth of Korea from 1960s to 2020s and the transition from aid recipient to aid donor.

Throughout the visit it became clear that the Republic of Korea is increasingly becoming the development partner of choice for developing countries such as Indonesia and Vietnam, in areas like culture and climate change, where past relationships were dominated by Western donors. The rise of the Republic of Korea as a technological and manufacturing powerhouse, along with its increase in global influence through the spread of soft power, position the Republic of Korea to continue to grow both in stature and in power. The delegation was all in agreement about the value of the UK-Korean bilateral relationship and the need to prioritise relations across all areas with the Republic of Korea.

BGIPU would like to thank the Korean National Assembly and the many organisations which the delegation met with for their hospitality. Overall, the visit served to advance inter-parliamentary relations between the UK and the Republic of Korea, whilst also providing the UK delegation with a greater understand of Korean culture, economy and society. BGIPU looks forward to welcoming a delegation from the Republic of Korea to Westminster very soon. 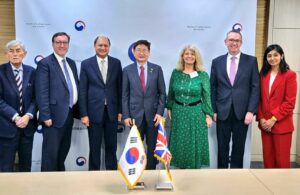 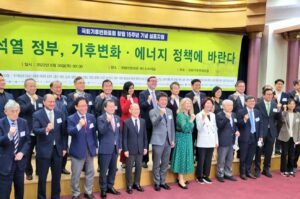 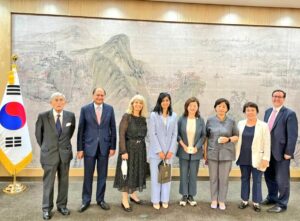