Timely visit to Yerevan and surrounding areas by the Armenia APPG 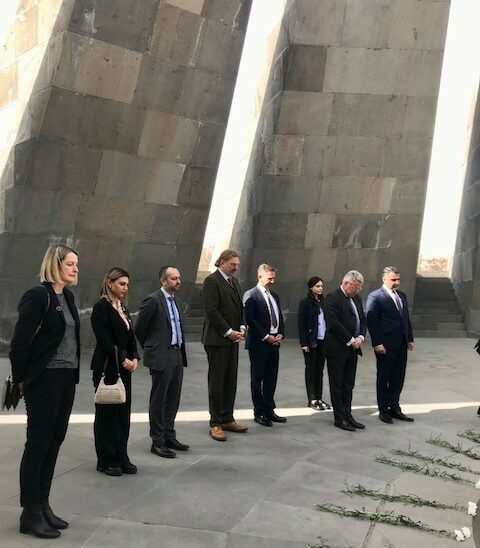 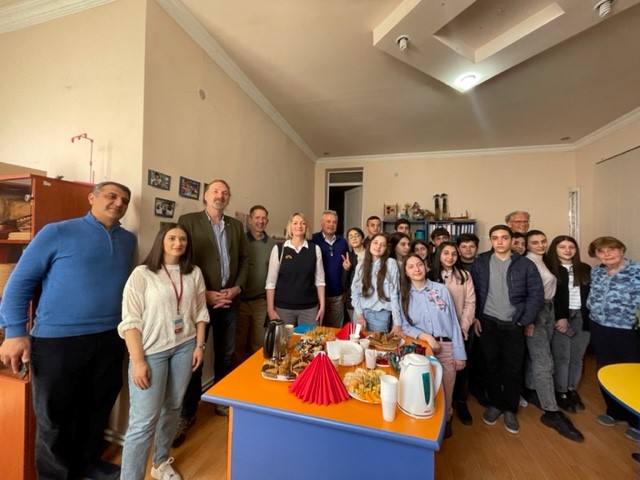 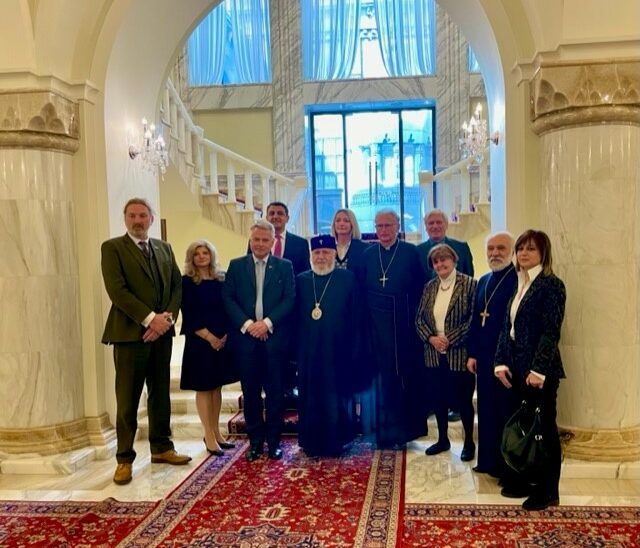 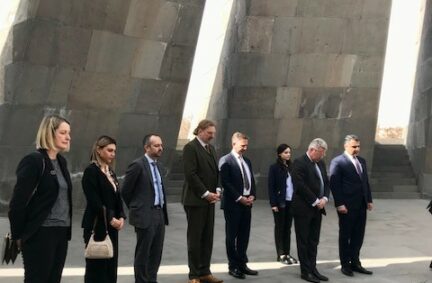 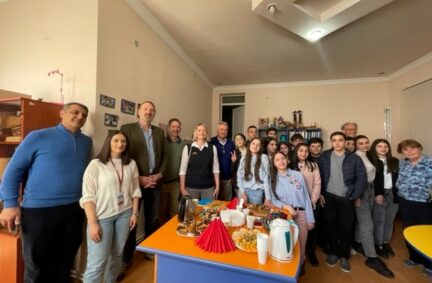 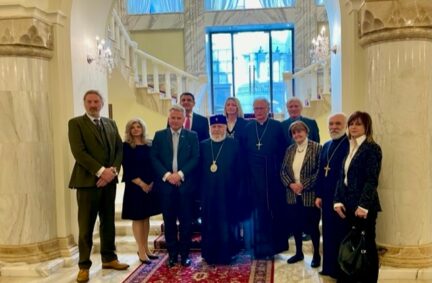 When I took on the chairmanship of the APPG for Armenia a couple of years ago I was promised that it was a relatively inactive group, and the workload would be minimal. Within months, neighbouring Azerbaijan had invaded the disputed Armenian territory of Nagorno-Karabakh and military incursions are ongoing; claims and counter-claims about human rights abuses and war crimes abound; recent attention on China’s genocide against the Uyghurs has rekindled calls for the century old Armenian Genocide at the hands of the Ottomans to be recognised in the UK and now this little known country in the far flung corner on south-eastern Europe faces new challenges given its biggest neighbour is Russia.

So this APPG has been far from inactive and it was appropriate that we were at last able to take up the invitation from the Armenia-UK Parliamentary Friendship Group to visit the country long delayed by COVID. As it was, Covid still reared its head as 2 Labour members due to come on the delegation succumbed to the virus days before our departure. Thank goodness for fully flexible air fares! However, I led an excellent cross-party group of six, comprising SNP’s Chris Law, Conservative Jonathan Djanogly, Labour whip Jess Morden, the Bishop of Coventry and Baroness Cox who is revered as something of a national hero in Armenia. Indeed, when we arrived at Yerevan Airport in the early hours of the morning there was a welcoming party laden with flowers just for her.

The Armenian Parliamentary Group, with the help of their excellent Ambassador in London put together a packed four-day programme before half of the delegation travelled on to Georgia which had also postponed their trip several times due to COVID so we decided to combine forces. On our first day we held meetings with the Speaker of the Armenian Parliament and cross-party Armenian parliamentarians at the National Assembly, with the brand-new President, laid a wreath at the Genocide Memorial where there is also a very poignant holocaust museum, and in the evening were entertained at the British Ambassador’s residence. It was particularly good to meet an impressive group of Chevening scholars there, something I always try to include on foreign trips as one of the best projects run by the FCDO.

We were keen to travel into the disputed Nagorno-Karabakh itself, but FCDO advice is not to and indeed a recent visit there by the French Republican candidate for the presidency had resulted in a life-ban from the Azerbaijani Government. Instead, we travelled down to the border town of Goris and Nagorno-Karabakh came to us. We met ministers from what is unofficially titled as the ‘Artsakh Republic’ as well as a very emotional meeting with a group of around a hundred refugees, some having been bombed out of their homes in the recent conflicts. We fitted in a very impressive craft project for local children funded through UK Aid before travelling up to a rather bleak, snow-capped military post where young conscripts peer through binoculars at their Azeri counterparts on the neighbouring ridge, highlighting the ongoing tensions.

Whilst in Goris we were treated to a visit to the spectacular Tatev monastery reached via the longest cable car journey in the world. This is a working monastery and whilst there we were privileged to take communion in the chapel in a service conducted by our own Bishop Christopher of Coventry. On returning to Yerevan, we held further meetings with Foreign Secretary as well as the Prime Minister, who was just off to meet his Azeri counterpart in a meeting brokered by Turkey as part of the attempts at normalising relations in light of the continued worrying hostilities over Nagorno-Karabakh.

A further highlight of the trip was a visit to the Yerevan Tumo Innovative Technology Center which was teeming with teenagers all there to do after school classes in everything from computer skills to film making. It was incredible to see the energy and enthusiasm of so many young people queuing up to learn in a real state of the art facility, which has been replicated in a few other capitals and we all left wanting one for our own constituencies. The delegation also had a fascinating meeting with the head of the Orthodox Church which remains very influential in the country as well as visits to businesses with British interests.

The delegation was received very positively and was exceedingly well timed given recent events in Ukraine which has left Armenia feeling even more vulnerable. Not only are they very dependent on Russia for their economy with many Armenian ex-pats making remittances from there but Russia is the sole peacekeeping force in Nagorno-Karabakh supposedly holding back further Azeri advances whilst Turkey to the west is a key ally of Azerbaijan. The fear is that if Russian troops are pulled back to Ukraine not only Nagorno-Karabakh is vulnerable but sovereign Armenian territory too and this was the main message that ministers wanted us to take back.

Armenia is currently seeing a big influx of Russians where daily flights had recently increased from one or two to twenty-eight. Many are young skilled business people and many travel on to Georgia as there are no direct flights and relations with Russia are even more strained given they still occupy some 20% of Georgia’s land space since the 2008 war.

Our thanks to the BGIPU for funding our flights for this trip and to Armenian Ambassador Varuzhan Nerseyan, British Ambassador John Gallagher, Annette Moskofian and the ANC in the UK and the Armenian-UK Parliamentary Friendship Group for making this such a worthwhile visit. It has undoubtedly served to strengthen bonds between British and Armenian parliamentarians. 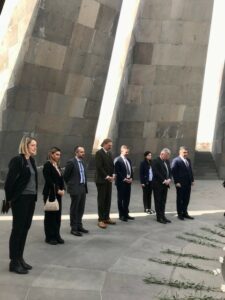 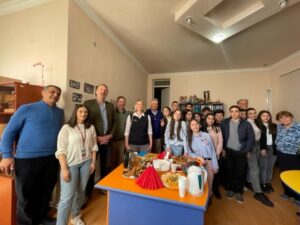 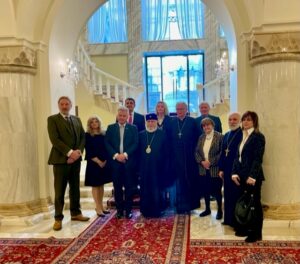