Home » Activity Reports » Do you say yes to youth? Tracking the results of one year of the IPU’s campaign

Do you say yes to youth? Tracking the results of one year of the IPU’s campaign 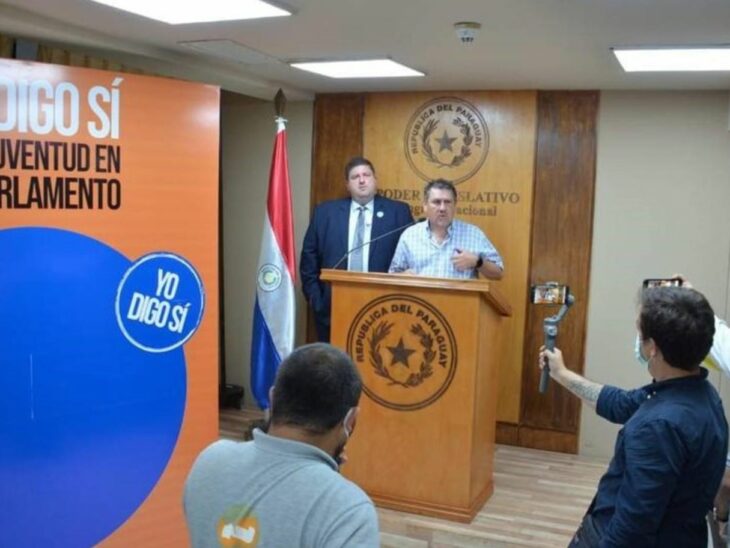 On this International Youth Day, the IPU congratulates all the young MPs making a mark in their respective parliaments. They are the future of democracy but with less than 3% of MPs under 30, young people remain severely under-represented. Increasing their ranks continues to be a major focus for the IPU.

I Say Yes to Youth in Parliament! campaign

In April 2021, the IPU introduced an initiative and toolkit to spur more youth in parliaments worldwide called the I Say Yes to Youth in Parliament! campaign. The cornerstones of the campaign are six pledges identified by young parliamentarians as the most impactful ways to generate transformative change:

2) Aligning the age of eligibility with that of voting

In a little over a year since the campaign began, over 850 “changemakers” have pledged, including 400 MPs from over 120 countries. Over 25 Speakers of parliament have signed up, and the I Say Yes to Youth call to action has been launched in almost 20 parliaments around the globe.

Changemakers who have signed up are already taking action to implement their pledges. Here are just a few, representing different regions of the world:

Senators Blas Llano, former Speaker of the Senate, and Patrick Kemper, Member of the IPU Board of the Forum of Young Parliamentarians, helped launch Yo digo sí a la juventud en el parlamento, the Spanish language version of the I Say Yes to Youth in Parliament! campaign. They also championed a law that passed the Senate that aims to bring down the eligibility age for municipal and mayoral elections from 25 to 18 years old.

Speaker Zainal became the Speaker of Council of Representatives in 2018, and she is the first ever woman to lead Bahrain’s National Assembly. Since signing the pledge, she has championed the youth cause in her country, initiating a series of events on International Day of Parliamentarism, International Youth Day, and International Day of Democracy.

Mr. Becic, MP and party leader, was the country’s youngest ever Speaker when he pledged to support more youth in parliament. As Speaker in November 2021, he co-hosted, along with UNICEF, a two-day parliament simulation for high school students. The simulation allowed future leaders an opportunity to experience the workings of parliament first hand.

Speaker Maharani is the first woman to serve as speaker of the House of Representatives, and was the third youngest, at age 46, when she was sworn in. She pledged in March 2022 at the 144th IPU Assembly in Bali, for which she played a pivotal role in organizing and hosting. She is a strong advocate for youth.

Ms. Narbaeva, Speaker of the Senate, was one of the first high-level parliamentarians to sign up to the campaign. Uzbekistan has been working on empowering youth, including organizing the World Conference on Youth Rights, held in Tashkent in 2021, under the theme Engaging Youth in Global Action.

The IPU has also been doing its part to implement campaign pledges, such as Pledge 4 – “Empowering Young Parliamentarians”. In addition to online training for young MPs, in March this year the IPU hosted its first Empowerment Series of virtual briefings for young MPs. These will be held several times a year to give young MPs insights into critical global issues.

The third briefing in the series was held on 12 August to commemorate International Youth Day. The briefing was aimed to mobilize young parliamentarians from a policymaking perspective and also explored progress made in the IPU’s I Say Yes to Youth in Parliament! campaign. The young MPs were joined by the United Nations Secretary‑General Envoy on Youth, Ms. Jayathma Wickramanayake.  IPU Members were invited to register one young male and one young female parliamentarian to participate in the 12 August briefing. 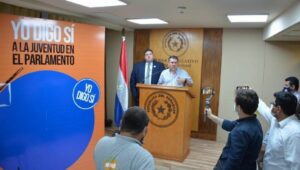