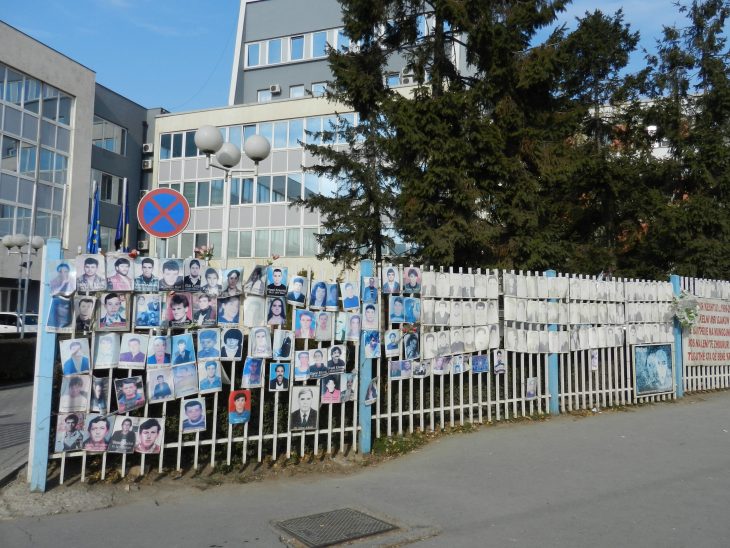 The UK delegation saw that peace remained fragile in Kosovo

The alarm clock is ticking away for both Kosovo and Serbia. By mid December, Serbia needs to prove to the European Council that it has fulfilled the main requirement of its candidacy for EU membership, namely a positive outcome of its negotiations with Kosovo. Ideally, this means that Belgrade must relax its hold on the Serbian enclave north of the river Ibar at Mitrovica, and allow Kosovo access to the three or four small Serbian municipalities within its border.

This enclave is a unique black hole in the centre of a whole region aspiring to European ideals of human rights and good governance. But barricades have prevented Kosovo’s police, EU rule of law officers and even NATO units from entering an area which is virtually governed by Serbia.

Meanwhile, Kosovo has been recognised by 85 states at the United Nations, but it has an even higher mountain to climb to attain EU membership. Until all 27 member states recognise it, it cannot even become a candidate. And for fear of encouraging their own minorities, Spain, Romania, Cyprus, Greece and Slovakia refuse to oblige.

This leaves the international community in a quandary. Having protected the Kosovo people with air strikes in March 1999, creating a new precedent in international law which has served well in Libya and elsewhere, how can Europe fail to secure this protection with longer-term political guarantees?
The dialogue with Serbia mediated by the EU has ground to a halt at various times following serious incidents in the North in July and September during which a Kosovan policeman was killed. Serbia has made minor concessions such as recognising customs stamps and allowing official records to be copied, but has not conceded any territory or agreed to any integrated border control or basic administrative and legal arrangements recommended by the EU.

After 12 years of outside encouragement, citizens of Kosovo may have come to expect more than Europe can offer. The UK and other leading European nations are at least morally committed to seeing Kosovo through to statehood, bringing security, technical assistance and political advice on a scale rarely seen even in post-conflict countries. The youth, energy and enthusiasm of the people, over two-thirds of them under 35, may prove the nation’s most valuable asset. Their expectations have undoubtedly been fostered by their European sponsors.

During our BGIPU visit to Pristina, I was able to see how closely embassies and aid agencies like DfID are working with key institutions such as the Kosovo Assembly. Parliamentary committees concerned with finance or European integration are receiving hands-on advice from experts and some MPs get experience overseas. After less than three years of independence this training is essential.

Parliamentary assistance also extends to electoral reform. The present assembly has 100 national seats elected by PR, plus 20 seats reserved for Serbs and other minorities. To reduce the chances of fraud, Kosovo may switch to the more common European constituency model and possibly to the closed list system. It also has to consider holding direct elections for the first time to elect a new president.

Unfortunately Kosovo is not receiving as much economic as political attention. While growth has been at an enviable annual rate of 4-5%, investment is still low and unemployment above 40%, with many young migrants moving north to escape poverty and remit funds home. New infrastructural projects such as the highway into Albania, even with foreign aid from Turkey and the US, seem unaffordable alongside so many priorities closer to home.

The external action service sees Kosovo as a test case of European integration, and there are no signs of leading member states giving up on it soon. Britain has a special responsibility alongside the United States as one of the first countries to intervene in 1999, with a solid record of development aid since then. But it will have to try harder to convince other member states, particularly the new government in Madrid, that peace in the Balkans is a pre-condition of a stable Europe and depends above all on their co-operation.

Kosovo is determined to tick all the European boxes and so qualify for membership. But the economic recession and the Eurozone crisis are bound to take their toll on such an intense relationship and on the depth of assistance provided. If Serbia edges towards membership on the pretence of co-operation, there is a risk that Kosovo will be left even further behind, with its future candidacy disappearing over the horizon.

This article was also published in The House Magazine 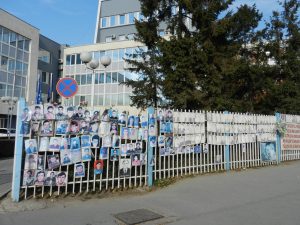 The UK delegation saw that peace remained fragile in Kosovo