Parliamentary Conference on the WTO 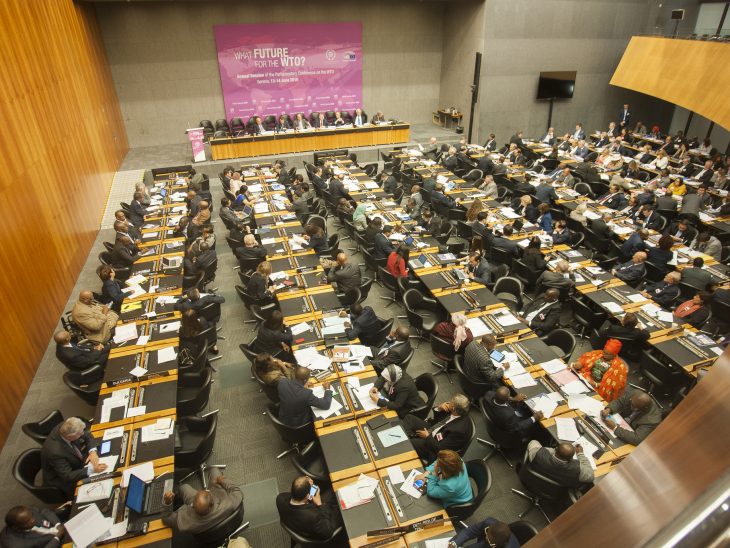 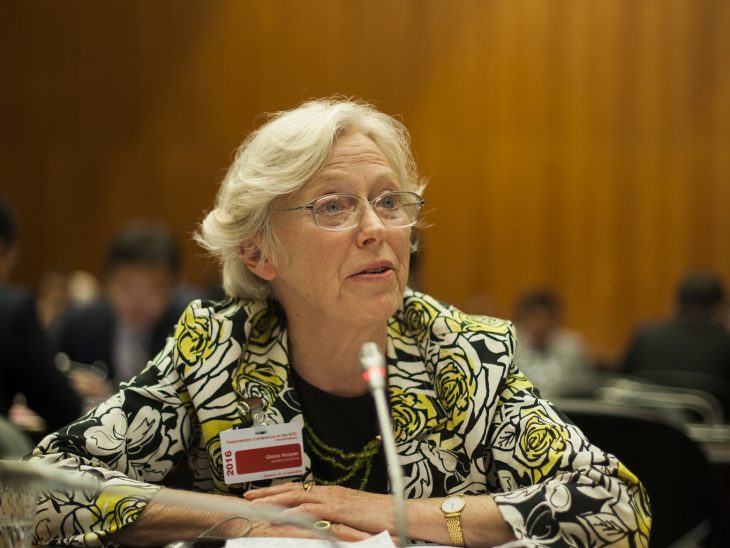 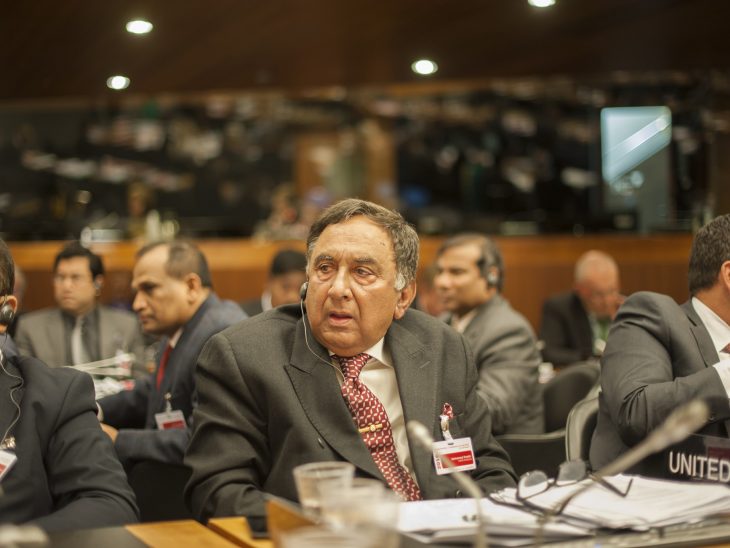 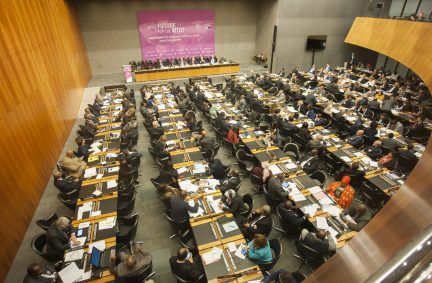 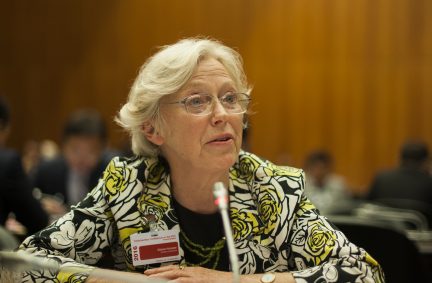 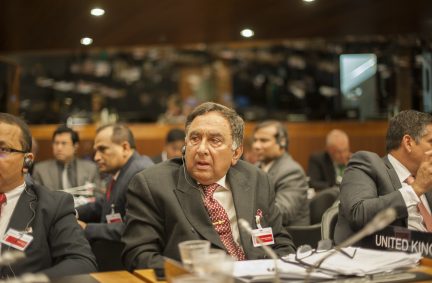 I led an IPU delegation to the Parliamentary Assembly of the World Trade Organisation in Geneva on 13th and 14th June 2016. Lady Hooper and Lord Sheikh were my fellow delegation members.

The context for the Assembly was the failure of the WTO Ministerial Meeting in Nairobi 2015 to agree to continue trying to complete negotiations on the Doha round of World Trade talks, and a wide-ranging debate among WTO members as to what its future agenda should look like.

Recent years have witnessed a surge in plurilateral, regional and bilateral trade agreements, and indeed there is more UK and European focus currently on RTA negotiations than on WTO-led multilateral negotiations. However, Roberto Azevedo, the Director-General of the WTO has had a number of ‘quiet’ successes; securing a major deal in Nairobi on reducing export subsidies in agriculture which will further help to increase access to markets for the poorest developing countries, and an expansion of the Information Technology Agreement.

The growing interest in helping SMEs to engage in international trade through global supply chains, in e-commerce, digital trade and international investment were all raised as new areas of interest by WTO members alongside the possible continuation of the Doha agenda.

Parliamentarians raised a whole series of concerns – the need to champion stronger labour standards, environmental protection and the role trade can play in sustainable development.

A specific section of the Assembly discussed the role of trade in women’s economic empowerment, with a particularly interesting presentation from Arancha Gonzalex, Executive Director of the International Trade Centre on her organisations ‘She Trades’ campaign to get 1million new women entrepreneurs engaged in global trade by 2020.

There were also specific briefings on the WTO’s trade-related capacity building work and the WTO dispute settlement system. The three of us took an active part in the Assembly, raising concerns about corruption, intellectual property, women’s empowerment and Brexit.

We were also grateful for briefings from the UK Permanent Representative and his staff.

The following overview of the conference is from the Inter-Parliamentary Union:

A global meeting of MPs specializing in international trade has called for urgent action to implement multilateral agreements which benefit the developing world.

More than 400 parliamentary delegates from around 60 countries attended the Parliamentary Conference on the World Trade Organization (WTO), co-chaired by the Inter-Parliamentary Union (IPU) and the European Parliament. The event, held in Geneva on 13-14 June, covered a wide range of topics under the theme What Future for the WTO?

The conference recommendations include finding new approaches in order to resolve outstanding issues in the Doha Round of reforms, which has a particular focus on improving the trading prospects of developing countries. Flexibility, inclusiveness and political engagement would be key to making progress in a world which had changed significantly since the round was launched in 2001, the MPs said.

The conference stressed it was of “utmost importance” for all WTO Members to implement decisions on the Doha Round already taken at Ministerial Conferences in Nairobi and in Bali, including swift ratification and entry into force of the Trade Facilitation Agreement, creation of new export opportunities for service-providers from the Least-Developed Countries (LDCs) and simplification of regulations governing rules of origin.

The MPs highlighted the key role of trade as a tool for development, stressing the need to link multilateral agreements with the international development agenda, including the Sustainable Development Goals (SDGs).

The trade in services was hailed as a new frontier for boosting development, and the MPs urged greater efforts to achieve rapid progress in market access, domestic regulations and other outstanding issues. On food security – also of key significance to developing countries – the MPs called for a permanent solution on public stockholding, stressing that WTO rules should support efforts to combat hunger.

The MPs highlighted the need for more transparent and inclusive WTO negotiations, suggesting a review of working practices to achieve greater efficiency and accountability. They stressed the crucial role of MPs as bridges between the WTO and the people they were aiming to serve, and of the Parliamentary Conference itself.

Other major topics covered included the proliferation of mega-regional trade agreements – deep partnerships between countries or regions with a major share of world trade and foreign direct investment. The MPs warned that any regional or bilateral deals should not undermine the role of multilateral accords.

Specialist parliamentarians led discussions on how to progress global trade action after the decisions taken at the WTO Ministerial Conference in Nairobi last year, while ambassadors from Sweden, the European Union, Egypt, Japan and Mexico focused on mega-regional trade agreements.

The annual Parliamentary Conference gives MPs first-hand information on recent developments in trade talks and facilitates contact with government negotiators, WTO officials and civil society representatives. It was set up to enhance the WTO’s external transparency and hold it accountable to MPs as representatives of the people. 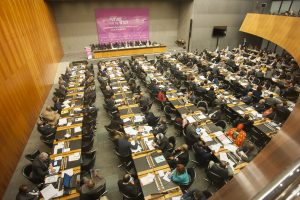 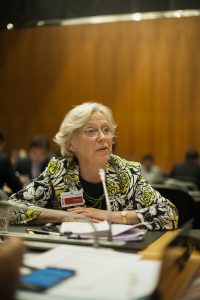 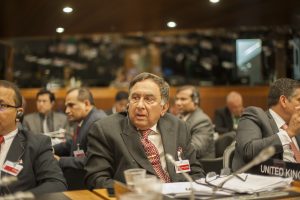