Home » Activity Reports » Parliamentary meeting on the occasion of the 55th session of the UN Commission on the Status of Women, New York

Parliamentary meeting on the occasion of the 55th session of the UN Commission on the Status of Women, New York 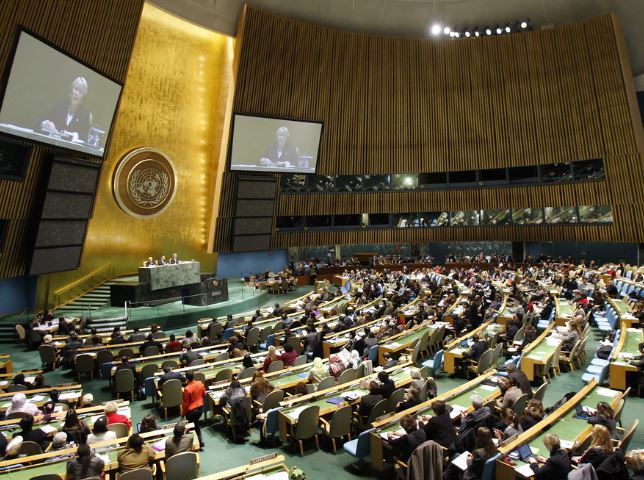 This parliamentary event was organised by the Inter-Parliamentary Union and UN Women on the occasion of the 55th Session of the Commission on the Status of Women. The theme was: The role of Parliaments in promoting access and participation of women and girls to education, training, science and technology.

The event opened with Michele Bachelet giving an overview of the role and priorities of the UN Women, which she directs. She outlined the five priorities: Representation of women – including expanding women’s voices, leadership + participation; Ending violence against women; Peace building; Enhanced women’s contribution to the economy; and making gender equality priorities central to all planning and budgeting.

Fiona Mactaggart asked what was the impact of the failure of the US + UK to pledge funds to UN Women although many other countries had done so. Mme Bachelet in response, reminded the meeting that, although the General Assembly of the UN had approved a $500 million budget, this was still an aspiration for which she had to fundraise – although she strongly appreciated the support of Spain, for example, which had already pledged £22 million, and others who had committed early.

We were then addressed by a panel:

Ms G. Corat Director of Gender Equality UNESCO
Mr M Cavasoglu W President of the Parliamentary Assembly of the Council of Europe
Ms N Motsamai, Speaker of the National Assembly of Lesotho.
Most delegates, when contributions were invited from the floor, spoke about the importance of women and girls getting into education, including primary education. Few focused on the specifics of STEM subjects.

Therese Coffey contributed to the debate, pointing out that fewer than 9% of girls in the UK study physics at GCSE, 2% study A level. She expressed concerns about stereotyping in careers advice: 60% of girls are told about teaching, 40% caring and 20% manufacturing
She described how many development projects, like Wateraid , combine engineering skills and teaching women. She suggested this could promote a real opportunity to engage more women with technology based employment.

The afternoon session focused on IT, including the role of parliamentary websites, twitter and other social media used by parliamentarians.

Therese Coffey described her experiences including being hacked, and how this is a complementary activity which should not substitute for direct engagement with constituents.
No resolutions were agreed at this event and information was exchanged in what was generally a very formal way, there were very many parliaments unrepresented.

Both of us found the fringe activities, all of which were directly connected to the CSW, which coincided with the IPU event more useful and rewarding. At a reception hosted by the UK UN Ambassador, we were able to meet members of the UK delegation and NGOs.

Fringe events and informal meetings enabled us to learn more than the formal sessions. These included a meeting hosted by Oxfam + VSO which presented research on views of NGOs around the world about the priority issues for UN Women.

Another meeting about the role of the web in promoting community action introduced Google for non-profits.

We believe that the format of the IPU session was insufficiently interactive and did not require a full day. It might be better in future to not only give an opportunity for parliamentarians to meet together but also to create more direct opportunities than those which we made for ourselves to engage with delegations and NGO representatives at the CSW sessions. 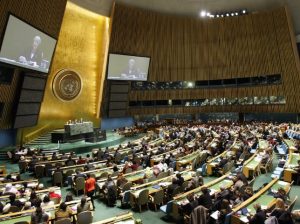