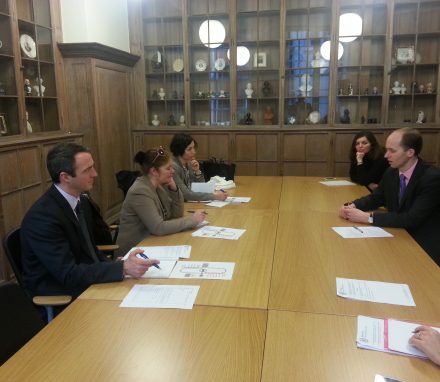 Visit of IPU Committee Secretaries to the UK Parliament

The BGIPU was very pleased to host a study visit by three of the Secretaries of the IPU’s Standing Committees from the IPU Headquarters in Geneva to the Palace of Westminister from 23-24 January 2014. The key objective of the study visit was to learn about the role and functioning of parliamentary committees in the UK including to better understand the role played by our Clerks in supporting the work of UK parliamentary committee. The purpose was to gain insights into operatin so the UK parliament which may be useful in strengthening the role and functioning of IPU’s Standing Committees and it followed a similar visit to the Belgian Parliament.