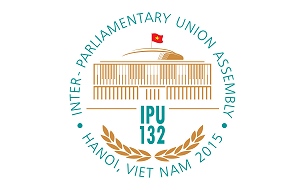 More than 700 MPs from 127 countries, including almost 50 Speakers, are now registered to attend the 132nd IPU Assembly in Hanoi, Viet Nam. The Assembly will look at concrete ways parliaments can implement the new sustainable development goals (SDGs) when they are adopted later this year. The Assembly, which takes place on 28 March to 1st April, aims to adopt a declaration on the role of Parliaments in supporting the achievement of the post-2015 SDGs at its conclusion. 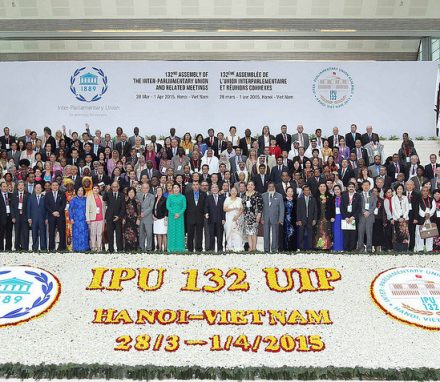 Members of the Inter-Parliamentary Union (IPU) have committed to taking the necessary action to carry forward proposed new sustainable development goals (SDGs) due to be adopted later this year. The success of the SDGs would transform the world and the lives of its people.  Parliaments from across the world reaffirmed their vision of sustainable development based on human rights, poverty eradication, peace and security in the Hanoi Declaration, adopted at the conclusion of the five-day 132nd IPU Assembly in the Vietnamese capital. 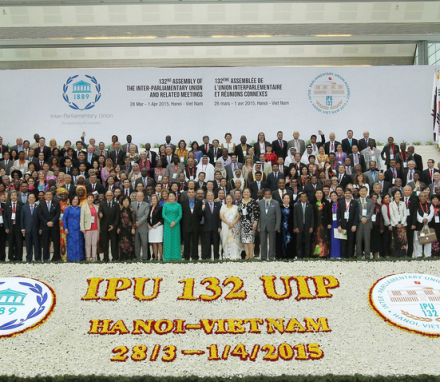 On 1 April 2015, the 12 Plus Geopolitical Group adopted a Declaration on Ukraine at the 132nd IPU Assembly in Hanoi Vietnam.  The 12 Plus Group declared it was deeply concerned about the current situation in Ukraine and expressed its strong support to the Ukrainian people and Government. It said Russia’s support to illegal armed groups in eastern Ukraine, its financial, military and technical assistance to pro-Russian forces threaten Ukraine’s sovereignty and territorial integrity, destabilize regional stability and security in Europe and undermine the world order based on respect for international law.