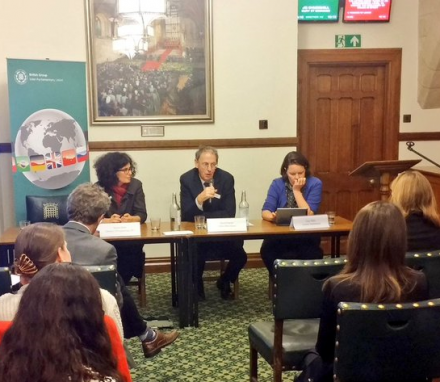 Conference on a gender sensitive Parliament for the UK 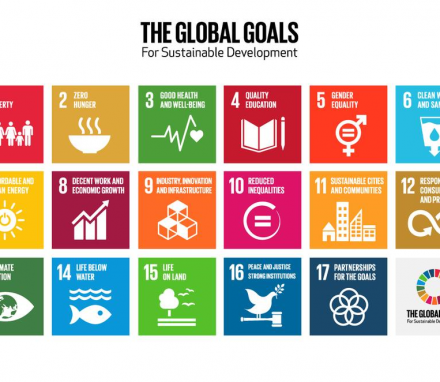 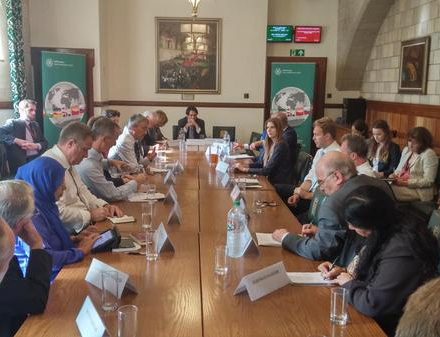 In conjunction with the FCO Leadership Week, BGIPU and the FCO held a joint briefing on the situation in North Africa and the Middle East on the 6th July. Chaired by FCO Minister Tobias Ellwood, who highlighted the UK’s strong involvement in region, Members had the opportunity to hear from a number of key Ambassadors to the region about the situation in their respective countries. 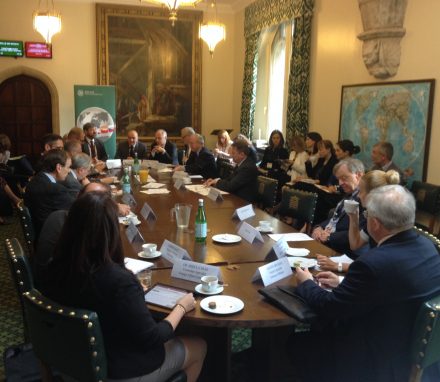 On 17 June 2015 BGIPU hosted a roundtable on Eastern European Security that brought together Members from both Houses, Ambassadors and Embassy representatives from relevant countries and academic experts. Chaired by Steve Pound MP, the event gave Members who had recently participated in BGIPU visits to the region (Armenia, Georgia, Poland and Ukraine) the opportunity to report back and highlight some of the outcomes and hear from Ambassadors about the current situation and priorities in their country. 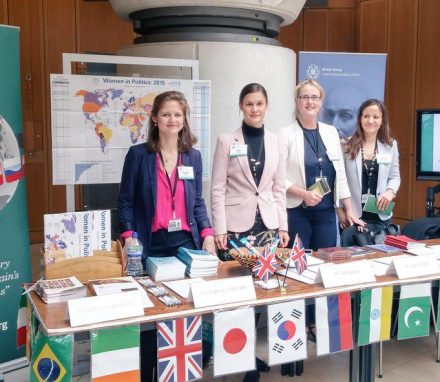 The BGIPU Secretariat had an information stand in the Portcullis House Atrium on 20 May to outlline its work in promoting the UK Parliament’s role in inter-parliamentary affairs, particularly through the Inter-Parliamentary Union (IPU). This outreach activity provided an opportunity to promote the important role parliamentarians can play in international relations and the contribution made by IPU in promoting parliamentary perspectives on key global issues, including at major international meetings. 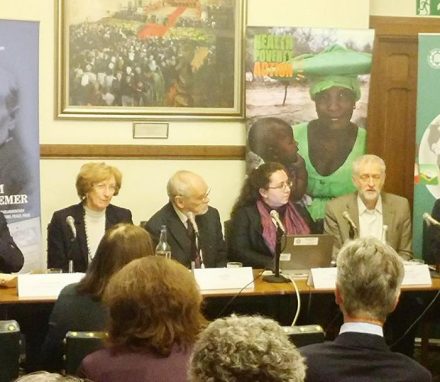 On 26 February 2015, BGIPU and Health Poverty Action (HPA) brought a panel together to discuss drug policy as a driver of poverty and its impact on human rights and international development. The occasion was in honour of the launch of the HPA report “Casualties of War” which highlights how the war on drugs is harming the world’s poorest. 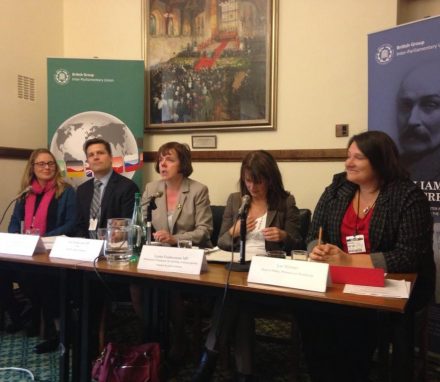 On 15 October, BGIPU co-hosted with civil society organizations Womankind and Gender Action for Peace and Security (GAPS UK), a lunchtime panel discussion on “Implementing the UK National Action Plan on Women, Peace & Security: How parliamentarians can engage.” Drawing on the recently launched UK National Action Plan on Women Peace and Security, participants highlighted the importance of recognising the role women can play in addressing conflict and the differing impacts of violent conflict on women and girls, including the need to address sexual violence in conflict. 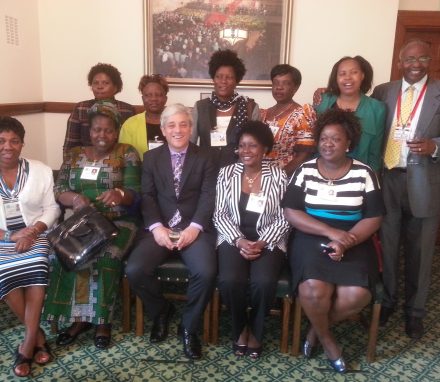 In partnership with CPA UK, BGIPU co-hosted an international parliamentary event on the fringe of the Global Summit to End Sexual Violence in Conflict on 12 June which was chared by Baroness Hodgson of Abinger. The event – “Implementing the Preventing Sexual Violence Initiative” – focused on concrete actions that could be taken by parliamentarians, bringing together parliamentary delegates to the Summit, British MPs and civil society experts to share examples on legislation, private members’ bills, and committee work aimed at addressing sexual violence issues. 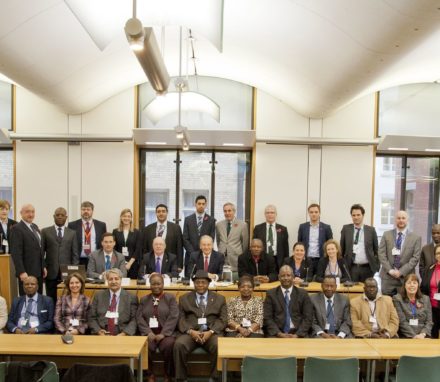 SEMINAR OVERVIEW BGIPU welcomed to London more than 60 parliamentarians and arms control experts from across the globe from 3-5 November 2014, for an International Parliamentary Seminar on the Arms Trade Treaty. The key objective of the meeting was to highlight the role of parliamentarians at a time when the ATT’s Entry into Force is […] 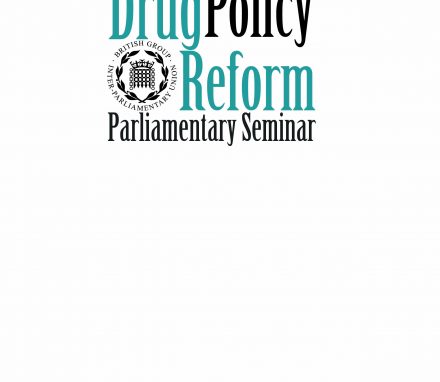